The Cannabis Cup is the Tour de France for pot heads from around the world. For US$199, stoners can buy a pass entitling them to sample the green stuff from nearly 30 participating "coffee shops" all this week, writes Grant Doyle from Amsterdam.

I knew something was not quite right, just that bit unusual, when, on walking past Barney’s Uptown “coffee shop” late last Monday night, I noticed a large crowd on the footpath, either eager to enter or some smoking reefers. This is extreme. Barney’s Uptown, as the name suggests, is one of the rare upmarket “coffee shops” catering to the more discerning pot smoker. Its designer decor, mood lighting, very attractive female staff and premium prices manage to deter most of the tourist riff-raff on their cannabis crawl along my local street — Haalemmerstraat.

And for this reason, Barney’s Uptown is never full; just comfortable and chilled. None of this thump/thump music; more your mellow jazz grooves. It’s the place grown-ups come for their ganja. Or so I’m told. But this week, things were amiss.

Ahh, the Cannabis Cup had begun. It coincides with Thanksgiving, that peculiarly North American celebration of the harvest ritual. That being the fourth Thursday in November (yeah, go figure how they came up with that day). Just like the second Tuesday in November is for Australians, this uniquely Dutch gig is the Tour de France for pot heads from around the world. Mind you, the Dutch have nothing officially to do with running the event; it’s completely managed out of the States by High Times magazine. For $US199, “stoners” can buy a “judges” pass, which effectively entitles them to sample the green stuff from nearly 30 participating “coffee shops” all this week, and somehow pass judgement on what the best weed or resin is.

This is no task for the faint-hearted pot head. This takes stamina, perseverance, sustenance and a certain amount of technical knowledge, similar to that of a judge at a wine show. Consider these abbreviated instructions from the official cup guide:

Before you consume, inspect it carefully. Is it well-cured and well-manicured? Does it have a coating of sugary crystals? Use your loupe (I had to look it up — a magnifying glass) to inspect the trichomes that contain the THC. Are they amber and well-formed?

Then there’s the smell. Those in the know hand-grind a small portion and note if the aroma is “spicy or fruity”. Haze strains have a distinctive piney smell, apparently. “Diesel smells like red grapefruit … If the smell is green, the strain hasn’t been cured.” Then there’s the taste. And the high. So you can see, this is no easy task for the judges.

A final note of warning suggests judges return any mouldy cannabis — it’s not safe — and to “drink water, but avoid alcohol, caffeine or other substances that may confuse your cannabis palate”.

The streets all this week have been awash with such folk, ambling and mumbling as they try and find their way from Dampkring to Grey Area, or any one of the other 30 “coffee shops” listed on their official maps. There are shuttle buses to assist visitors with this, but some invariably get waylaid. Like the two American kiddies who accosted me this morning, just after 11am, near Amnesia (a past winner) as I made my way between classes.

They were looking for De Tweede Kamer (another past winner). They were near the right canal/street, but many, many blocks and bridges from their destination. I just directed them to Singel, told them to follow their nose (literally) and keep heading south; they were bound to find it.

Cannabis crawl map: #24 is De Tweede Kamer and #20 is Amnesia. Note #7 Russland, right in the middle of the university’s UvA campus. Only in Amsterdam.

There is an expo as part of the week’s festivities. Seminars on growing seeds, hydroponic insights, and the like are featured. With no uni lectures tomorrow (Thursday), guess where I’ll be? All part of the life of a freelance writer, you see. I’m particularly looking forward to Denny Danko’s session at 5pm; he’s the senior cultivation editor of High Times. Another highlight will be the induction into the Counterculture Hall of Fame of Tom Forcade, creator of the industry’s bible, High Times. Previous inductees include Louis Armstrong, Jack Kerouac and Cheech and Chong.

Plus, the major prizes will be awarded. It’s the Big Day Out at night, topped off with a show by, get this, Jefferson Starship, formerly known as Jefferson Airplane. What the … ? These guys pre-date the Rolling Stones.

So rather than pack away the Zimmer frames, they’re live at the Melkweg (Milky Way) Night club. Tickets are sold out; have been for weeks. Sure promises to be a high time at the culmination of the Cannabis Cup. At least I’ll be able to get a seat at Barney’s Uptown now. 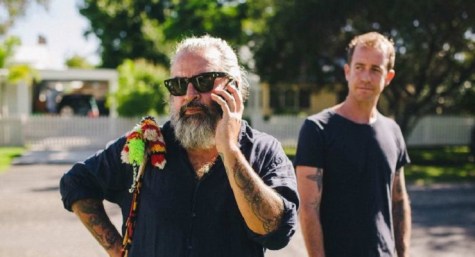 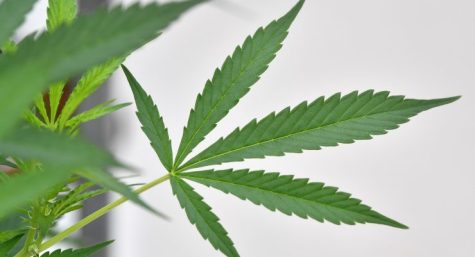 Drugs expert shown the door for disagreeing with government

And we have ‘skoolies week’ and pubs prohibited from selling beer in glass glasses. Go figure.