Politics this week has that ol’ showbiz feeling

Lotsa movement this week in the Media Monitors' Top 20, and not all of it to do with emissions trading, writes Patrick Baume.

Lotsa movement this week, and not all of it to do with emissions trading, with Nick Xenophon up to fourth on his almost religious anti-Scientologist crusade and Mike Rann proving once more that these days the only difference between political reporting and showbiz reporting is that the politicians are generally considerably less pulchritudinous.

So for the visitor from outer space – the Opposition are having an internal fight to the death over a piece of legislation that many commentators believe won’t go anywhere near achieving what it claims it will and which the Government both has a mandate and will ultimately be seen as responsible for and won’t be implemented until after the next election so no-one will be feeling any pain from it when they go to the polls. Well past strange. You’d almost think that it’s all actually about something else… 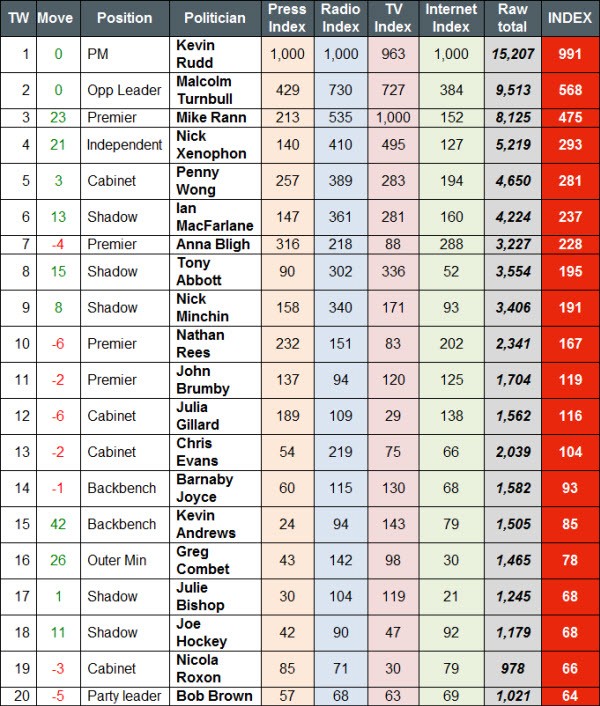 Anna Bligh managing to compete for talkback callers’ ire even with all that other stuff going on, but Malcolm can still only manage a third of Kevin’s cut through.

Common sense can be a rare commodity in large organisations with lots of rules.