The long-awaited Crawford Review of Australian sport has called the bluff of successive Australian governments and proposed a re-weighting of sports funding away from elite Olympic sports toward grassroots participation.

The long-awaited Crawford Review of Australian sport has in effect called the bluff of successive Australian governments and proposed a re-weighting of sports funding away from elite Olympic sports toward grassroots participation.

Since 1976, when a mortified Fraser Government dramatically increased sports funding in the wake of the Montreal Olympics, Federal Governments have invested heavily in elite sports with the aim of maximising the number of Olympic medals. In 2007-08, most of the $90m handed out by the Australian Sports Commission went to Olympic sports as part of this national inferiority complex. Increasingly, however, governments have dressed up sports funding with social policy goals, claiming it helped address obesity, or encourage participation by marginalised groups like indigenous communities.

The Crawford Review has brought that contradiction out into the open, suggesting “the funding imbalance between Olympic and non-Olympic sports should be questioned. More emphasis should be given to sports that are popular with many Australians… The bias toward funding Olympic sports leads to outcomes that make little strategic sense for Australia.”

Many Olympic sports, like archery, have minimal community participation compared to popular sports like netball and cricket, or “whole of lifetime” sports like golf and tennis.

The Review avoids an explicit recommendation that funding be re-weighted but proposes a “national sports policy framework” with actual measurable objectives and evaluation processes. There is currently, report chair David Crawford said this morning, no national sports “vision” of what we are trying to achieve with funding. We also need to reconsider what Olympic success means, the Report suggests, particularly where medals come from individual rather than team success.

Sports funding is not a small business. The Federal Government is only the smallest funder. In 2001 — amazingly, the most recent year for which figures are available — $2b was spent by all governments on sport, with half coming from local government alone, primarily in maintaining sporting facilities. Funding arrangements are also extraordinarily complicated. There are several state-based Institutes and Academies of sport in addition to the Commonwealth Institute.

The report recommends ending this absurd duplication and establishing a national group of Institutes of Sport. It also recommends — as expected — that the Sports Commission divorce itself from all program administration — like running the Institute of Sport — and become a pure policy adviser and sector representative and coordinator, and recommends that sport and physical education become key learning areas in school curricula.

The tenor of the report is unlikely to go down well with the Federal Government. Sports Minister Kate Ellis was insisting this morning that the Government thought elite sports funding was “incredibly important” and that it was concerned we were “letting the rest of the world get closer and closer” in sporting achievement. “We want to remain a leader in international elite sport,” Ellis insisted.

And one of the most influential sports figures now is Australian Olympics Committee boss John Coates, who is very close to Labor and particularly powerbroker John Faulkner. Coates got in a warning shot several weeks ago that “Australia could be an Olympic also-ran” if funding weren’t maintained. A line-up of former Olympians like Grant Hackett dutifully stepped up to claim that success in sport helped create role-models in the fight against obesity.

The Crawford Report went out of its way to demolish that, saying “importantly, the Panel can find no evidence that high-profile sporting events like the Olympics … have a material influence on sports participation.”

Even so, there seems little chance of this Government cutting funding for elite athletes in low-participation sports — not just because of its closeness to Coates but because the national inferiority complex remains as firmly entrenched as ever. Instead, it will probably try to find some more money for mass-participation sports and schools programs.

That way no one will complain, which is how this Government likes it. 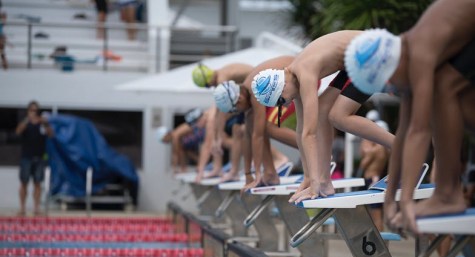 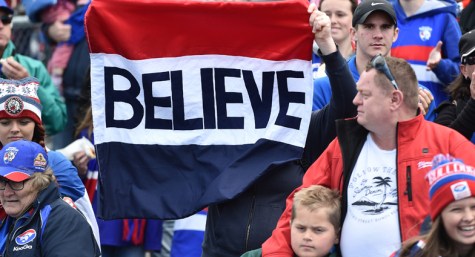 Keane: grand final or no, funding sport is a complete waste of money

That way no one will complain, which is how this Government likes it.

Exactly, they could have gone some way to shaping the future of this country by placing more empasis on the arts or sciences but its easier to do nothing.

When the ABC cannot laud publicly funded athletes who win world titles at things like pole vault or long jump, it’s no surprise to me that children generally lose interest in sports participation. I took this up with my local ABC recently, and their response was pathetic. They spent all day whining about all these sports Australia didn’t win … and completely missed our latest World Title Holder, who lived in our city too, who had been paid for by the taxpayer in entirety.

Sport is clearly not for ALL the kids. It’s for the kids who are good at sport. The kids who aren’t as good are only useful for spectator fodder. Let’s WATCH someone else do it. Same person. Over and over again. Surprisingly, that is wearying for children, after a while.

I sometimes wonder and scratch my little head. Why is it that my local ABC radio faithfully exposes me to … commercial sporting contests? Why am I being implored to like the NRL, the ACC, or indeed the AFL? So I can give them money to pay their gladiators with? Er … is that in line with the ABC charter or is that a Dangerous Question?

Personally, I’d be happy to see the ABC radio have a solo channel for sports broadcasts so that I don’t have to turn the radio off every summer. It’s not that I want to deny others their free broadcasts, but I do have a problem when it’s imposed on me. And when my reasonable complaints are treated that poorly, I take offence, ABC.

Yep, definitely need to fund those poor sports like cricket, golf and tennis rather than those rich, elitist archers….

Grassroots sports participation needs to be increased, and there should be a shift in the funding towards community and club level sports. However, ignoring the elite athletes (virtually all of whom make huge financial, personal and professional sacrifices to get from “pretty good” to “olympic gold medal/world champion” level) won’t help either.

There is a role for grassroots and elite level funding of all sports but the government should be primarily interested in high participation sports with low levels of commercial fundng (e.g. AFL, rugby, Cricket, soccer etc can pay their own way – sports like hockey, athletics etc need more assistance). And who gives a toss if we win a few less medals? What we need is encouragement to do sport. ANY sport, whether it’s archery or netball or cricket or golf or anything!

My son sent a herogram to an archer at the Olympics. He never replied. I am sure that was because he never bothered checking his herogram box at Telstra. He didn’t think anyone would care. He hurt the feelings of a little boy, but at least the lad still wants to be an archer. My son was chuffed when this Aussie bloke came 14th.

He was out there having a go, and that’s what my son was supporting. He didn’t think he was a loser because he didn’t win a medal. He thought the man was a Hero, with his bow and arrows.

We carry on too much about winning and losing. And I have to constantly remind my children that for every winner, there are roughly 10 losers. So we aren’t doing this to win, are we. They find this message very difficult to internalise. Why? No medals for answering this question.

We need to increase our sports funding even further otherwise we risk losing our mantle to the UK! check out these olympic funding stats for the UK from moneyweek:

“Funding for athletes with realistic medal chances has jumped from £59m ahead of Sydney in 2000 to £70m in 2004 to £235m for Beijing. The extra cash started to pay off in Sydney, where Great Britain collected 28 medals (including 11 golds) and four years ago in Athens where the medal haul totalled 30 (with nine golds).”

We are absolutely right to fund grassroots sport. Forget about Rugby for now, its management is a basketcase and has been well surpassed by the richer AFL. Cricket? always a market and should be better funded to risk losing kids to the richer AFL. Netball? absolutely. Basketball? absolutely. Surf Life Saving? needs alot more funding. I’m sure there are other team sports too that I have missed. Little Athletics has always been a healthy sport for kids.

We should start putting more funding into grassroots soccer. It makes sense given 50% of our population was born overseas, boys and girls can both play, and the world cup is probably the biggest sporting event in the world.

In reality, I can’t think of too many kids that want to grow up being a long distance runner, discus thrower, archer et al…