Drugs expert shown the door for disagreeing with government

The UK's most prominent drugs expert has been kicked off a drugs advisory board for disagreeing with the government's view that cannabis should be classified as a lethal drug.

One of the great achievements of humankind is the European Enlightenment. Governments base their policies on empirical evidence, there is a prime place for science to inform how we think and act, and superstition and blind prejudice are cast out of the public domain. But the UK’s most prominent drugs expert, Professor David Nutt, could be forgiven for thinking today that the Enlightenment tradition is dead and buried in his country.

Professor Nutt was sacked as chair of the Advisory Council on the Misuse of Drugs last Friday by UK Home Secretary Alan Johnson. His sin — disagreeing with a government view that cannabis is so harmful that it should classified as a lethal drug. Nutt’s view is that smoking dope is less harmful than cigarettes or alcohol and that it creates only a relatively “small risk” of psychotic illness.

Nutt had the support of the other members of the Council — they collectively think that Prime Minister Gordon Brown and his government are bonkers for running around saying that cannabis kills. In April last year Brown proffered the extraordinary view that “so much of the cannabis on the streets is now of a lethal quality”.

Brown and his ministers conveniently ignore what Nutt is actually saying about cannabis and other drugs. In a speech delivered last week at King’s College London, Nutt set out, with all the care of the scientist that he is reporting, findings of years of research in to the issue of drugs and the harm they do.

“No one is suggesting that drugs are not harmful. The critical question is one of scale and degree.

“We need a full and open discussion of the evidence and a mature debate about what the drug laws are for — and whether they doing their job?” Nutt argued.

That a scientist should be sacked by a government for simply asking that policy in an area be based on science and fact rather than prejudice and politics is more than disturbing, it smacks of authoritarianism.

Home secretary Johnson admits as much today when he told the media that Nutt was being sacked because he disagreed with government views. In a letter to The Guardian, published this morning, Johnson says, “Professor Nutt was not sacked for his views, which I respect but disagree with. He was asked to go because he cannot be both a government adviser and a campaigner against government policy.”

The sacking of Professor Nutt and the Brown government’s bald admission that it does not want scientists on advisory committees who disagree with government policy has serious implications for policy making in areas such as climate change, GM crops, nuclear power and a whole range of areas where it is fundamentally important for security and economic reasons that vested interests and political agendas of any colour be relegated to good science based outcomes.

Don’t think that what happened to Professor Nutt is unique to the UK. CSIRO sacked Dr Maarten Stapper in 2007 for his critique of GM crops. And earlier this year four senior CSIRO scientists who criticised the Rudd government’s climate change policy were gagged by their bosses. 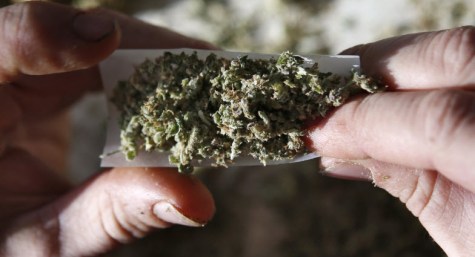 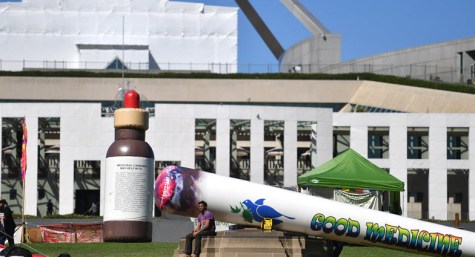 The UK is certainly not unique in this respect! In Australia with the CSIRO, we do not have to go back as far as the four scientists who were gagged earlier this year. Nicola Berkovic in The Australian yesterday writes of how the CSIRO has been trying to gag Clive Spash on the Carbon Pollution Reduction Scheme. Yet as Berkovic states: “The CSIRO charter, introduced last year, was trumpeted by Science Minister Kim Carr as a way to guarantee freedom of expression for scientists.” There seems to be some problems in how that charter is working – and also how the CPRS is working.

I too have suffered from having my academic freedom threatened. I also resigned from an NHMRC committee because other members wanted our recommendations to be ‘acceptable’ to the then Howard government. There is a risk that in this sort of climate self-censorship occurs How many academics – and scientists more generally – suffer from explicit gagging or self-imposed gagging? Maybe we should start a club. I suspect it would not be small.

This is very disappointing. I presume governments decide on their stance based on the opinions of lobby groups? And then only listen to scientists (or indeed any other expert, including intelligence experts) that have data that seems to support their chosen view?

‘be relegated to good science based outcome’: that means bypassing the democratic process and abdicating responsibility for political leadership to squads of experts. What an elitist, undemocratic and reprehensible view posing as – goodness knows how – ‘progressive’ commentary.

@J Jacobs Not really, it means injecting some evidence into the debate on public policy so that policymakers can make effective decisions and so that the public can become more informed.

It’s pretty difficult to make sound policy on matters where science can help inform if you’ve sacked any scientists who would dare to offer an opinion which is contrary to existing prejudice.

This is a very interesting situation. Politicians have gone to the science department (be it about drug use, climate change or GM crops) and obtained a range of views – sometimes a “consensus” (IPCC), sometimes a mixed bag (‘ice’ is bad, cannabis not so bad, heroin ho hum), sometimes non-committal, and having obtained that information they’ve gone back to the office to work out what to do. We demand they do something. They talk among themselves, examine tea leaves, crystal balls and tossed coins and when they come out of the office again they have adopted a political position. The political position contains more than an amalgam of the science. We all know that. It is not possible to explain the process that occurred in the office. It is not possible to unpick the details of the political position in some sort of scientific process. That’s why we have politicians. There’s no way they can go back to the science department, add some more detail or interpretation and then stir it into the already created political omelette. There’s also no way we will let them ask a scientist or a panel of scientists what the politicians should do. The scientists have done their job. It’s over now.
That’s why writing scientists like Ian Plimer cannot get traction in the climate change debate. They’ve missed the science boat and they don’t know about politics. The politicians are making their move. They’ve decided to go with an ETS and probably can’t use some other mechanism. They definitely can’t go back. The electorate has demanded action and in due course the politicians will deliver it – for better or worse.