Keep a killer in jail and detainees on a boat

Indonesians furious over Rudd’s asylum-seeker plan – Kevin Rudd averted a diplomatic nightmare after Indonesians publicly accused Australia of treating them as a “dumping ground” for asylum seekers. Riau Islands Governor Ismeth Abdullah originally said he would not allow the detainees to land but later said: “If it’s an order from Jakarta, we have to accept it. There’s nothing we can do.” – Brisbane Courier Mail

Indonesia governor rebels on refugees – An Indonesian governor has lambasted Kevin Rudd’s policy of warehousing asylum seekers in his province, declining to allow the Australian Customs vessel Oceanic Viking to berth and railing against the notion Riau Islands should become a ”dumping ground” for irregular immigrants – Sydney Morning Herald

Refugee agency ‘conflicted’, says judge – The judge who decided the Tampa case, Tony North, has criticised the United Nations’ processing of refugees and called for an international tribunal to ensure asylum seekers are not subject to a ”lottery” in which their status depends on wherever they happen to arrive – Sydney Morning Herald

Australians must save, or pay higher interest rates – The age of cheap loans ended with the global financial crisis, Westpac managing director Gail Kelly said. “It’s one of the things that keeps me awake at night,” she said – Adelaide Advertiser

Rates rise threatens job prospects – Almost a third of WA businesses plan to put on staff in the lead-up to Christmas but their efforts could be tempered if inflation figures out today force the Reserve Bank to raise interest rates quickly, a survey has found – The West Australian

Move to overturn Chang killer’s release – The NSW Government will seek to overturn a decision to release one of the killers of the pioneering heart surgeon Victor Chang, despite failing to make a submission about his fate at a public hearing four weeks ago – Sydney Morning Herald

WA assaults getting worse – Assaults in WA are getting more ferocious and bloodier, according to latest police figures. Although the number of reported assaults last financial year was steady at about 23,000, aggravated assaults – those causing bodily harm – surged by more than 9 per cent to 7237 – The West Australian

Surge in threats to minorities – There has been a sharp jump in threats against WA’s ethnic communities and religious groups in the past year, figures show – The West Australian

Rudd touts plan for better cities – Australian cities need to be better planned and the Federal Government is willing to use its power over the purse to ensure they are, Prime Minister Kevin Rudd said last night – Melbourne Age

‘Super town’ will threaten Barossa – Plans for an 18,000-home “super town” north of Adelaide threaten the heritage and character of the world-famous Barossa region, the local council claims – Adelaide Advertiser

Keneally ‘wrong’ about housing under flight path – The Minister for Planning, Kristina Keneally, has been accused of making the wrong call on a development near Canberra Airport after she made a site visit during a mid-afternoon lull in air traffic when planes were flying in from another direction – Sydney Morning Herald

John Coates’ warning: We could be Olympic also-rans – Australia is in danger of becoming an Olympic Games also-ran, with AOC boss John Coates to today issue a blunt warning about just how far we could fall as a sporting nation. The AOC medal table is likely to reignite debate over an Olympic Games funding review commissioned by the Federal Government, and conducted by corporate heavyweight David Crawford – Sydney Daily Telegraph

Rudd’s policy belies the brutal honesty of Christmas Island’s names – David Marr writers in the Sydney Morning Herald of a visit to the detention centre called the Construction Camp on Christmas Island.

It pays to put happiness on a pedestal – Ross Gittins in the Sydney Morning Herald argues that we should be paying a lot more attention to the social opportunity cost of economic growth – starting by putting some sensible controls on gambling.

Gambling on a killer’s parole – The Sydney Daily Telegraph editorial says that allowing Phillip Loon Lee Lim to rejoin society after not having served his full sentence for murdering Dr Victor Chang delivers the wrong message not just to Lim but to the broader community.

Kevin Rudd’s just conning us – Andrew Bolt in the Melbourne Herald Sun says Kevin Rudd is either a fool or a fraud when he claims he’s “disgusted” by Opposition warnings that a few boat people may be terrorists.

Morality and politics don’t mix – writes Shaun Carney in the Melbourne Age. Voters who expect those mired in the pit of politics to reflect their own morals should get used to disappointment.

Building from the base – Paul Kelly in The Australian sees the myths that sanctify the infrastructure debate in Australia about to be slaughtered, as the Rudd government confronts reality: the coming shortage of funds, the problem of infrastructure governance and the need for higher prices in the cause of efficiency. 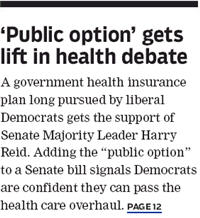 US consumers have the blues as confidence falls again – Even though economists think the US recession ended in June, no one seems to have told consumers the good news – The Australian 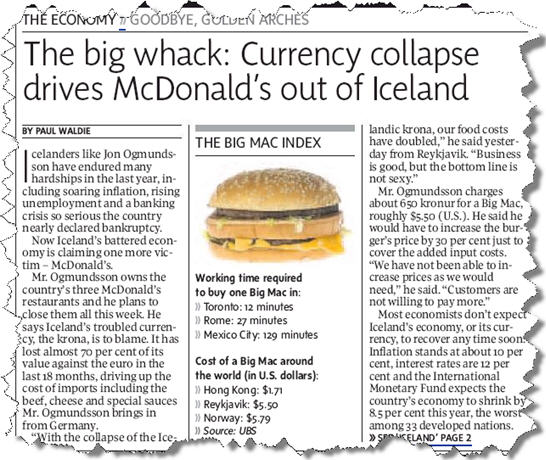 Copenhagen role puts more pressure on PM – The Prime Minister, Kevin Rudd, has increased his stake in the outcome of the Copenhagen climate change conference by agreeing to become one of the three lead negotiators who will pressure other world leaders to commit to action – Sydney Morning Herald

Sun-Times sale to Tyree group complete – The sale of the parent company of the Chicago Sun-Times was completed Monday, as a local group of investors led by investment banker James Tyree became the newspaper’s new owners. It marks the fourth time the Sun-Times has been sold in its 61-year history, which started with its founding by Marshall Field III. The sale, valued at $26.5 million, includes the company’s seven other suburban daily and 51 weekly newspapers – Chicago Sun Times

DMGT’s London Lite faces closure – London Lite, the evening freesheet and competitor to the Evening Standard, is facing closure after its owner Daily Mail & General Trust announced it was in consultation with staff over the paper’s future. The move comes a fortnight after Alexander Lebedev, the Russian owner of the Evening Standard, switched the paper to a freesheet, relying entirely on advertising and boosting circulation from 250,000 to 600,000 – Financial Times of London

Date-rape drink spiking ‘an urban legend’ – Widespread spiking of drinks with date-rape drugs such as Rohypnol and GHB is an “urban legend” fuelled by young women unwilling to accept they have simply consumed too much alcohol, academics believe – London Daily Telegraph

Uproar over approval for new super-sized bar – As our city reels from alcohol-fuelled violence, the State Government has happily dished out a planning permit for another beer barn – Melbourne Herald Sun

Gaming report urges change – Problem gamblers should be allowed to keep their winnings even if they have been banned from betting in pubs and clubs, the Independent Gambling Authority has recommended – Adelaide Advertiser

Cab reform comes at cost – Ther price of new taxi licences being released as part of a reform package will be set high enough to protect existing players in the multibillion-dollar industry, according to a memo circulated to Labor MPs yesterday – Sydney Morning Herald

Gambling on a killer’s parole -It wouldn’t upset me if this guy had been sentenced to 40 years in jail. But I can’t help thinking that the furore occasioned by the release of Lim on parole after serving 18 years in jail is more to do with the person he killed, rather than the crime itself.