Keysar Trad: My humble contribution to the polygamy debate

The Polygamy debate last year produced results. Thanks to Crikey, the ABC, Seven’s Sunrise, 2UE and a number of online publishers, the federal attorney general introduced laws to give some rights to spurned mistresses.

I feel honoured and privileged to have been chosen to make my humble contribution to that debate. I am delighted that I have offered a service to women in Australia.

This year, the Sydney Opera House and the St. James Ethics Centre got together and decided to host the Festival of Dangerous Ideas.  I was invited to resuscitate my argument from last year. Again, I saw this as an opportunity to serve the women of Australia.

I did not create the debate, it came to me, I do not like generating controversy, however, if it comes to me, I will address it forthrightly with outright conviction in the wisdom of my Creator Whose work I am honoured to do. Some unjustly view my faith in the wisdom of God as controversial.

We are still some way from finished with the debate on plural unions. Whilst we managed to get some rights for the mistress last year, we still need to take away the stigma from her and all the women who exceed the gender ratio. This ratio is not only determined by raw population numbers, one must also deduct from the male population the disproportionate number of male prisoners and any disproportionate number of males to females who pursue same gender unions.

Sometimes, it breaks my heart to be proved right as was the case with the British headlines yesterday about a successful doctor allegedly poisoning his mistress to bring about an abortion. Part of my argument to decriminalise polygamy includes the right of the second woman to bear children and the right of the child of such a relationship to live life without stigma. The second woman should not be treated as a mistress, she should be able to expect to be treated as a proper partner or spouse.

Yes, the Justinian facade that I previously mentioned has also influenced non-Greco/Roman societies with more countries frowning on the open plural relationships.

In this debate, some have theorised that in order to make such laws equal, they would like me to recognise polyandry.

The reality of decriminalising plural unions would produce a law that is non-discriminatory by nature. The secular system would be able to acknowledge both forms of polygamy. It would remain then up to the various religious traditions to decide which to bless for their own adherents. Plural secular marriages can go in whichever direction they choose, those people who do not follow my religious tradition are not obliged to live by its rules.

To dissuade from the eventuality of polyandry though, I offer the following rationalisations:

The question of support is easily addressed in such situation. As a general rule that can be fine-tuned, the non polygamous person in the relationship will have rights similar to those that exist today whereas the polygamist is limited to a share of what he or she had brought into the union. The polygamous person in a polygynous union is the male; it is the female in a polyandrous union. This suggestion would eliminate or reduce the risk of prospecting.

The polygamy debate that comes to me from time to time is another opportunity to promote honesty, openness and frank discussion in relationships. Without it, all we do is perpetuate suspicions and the ignorance is bliss myth that everything is hunky-dory.

Stay away from polygamy, Keysar Trad –- it’ll only break your heart. Literally. 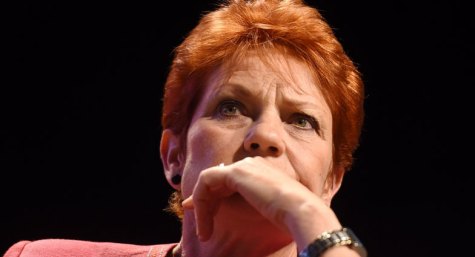 How do you stop polygamy? With overreaching surveillance, of course

Since when is there really – I mean really – a polygamy debate? No offence intended to the author of this piece. But a real polygamy debate in Australia? It could never get off the ground.

Keyser, you’re kidding yourself. For starters, I’m not entirely sure what you were saying there. Seems you were too busy trying not to make statements that might offend, so you just didn’t say anything at all. Except that you don’t mind guys shacking up as long as they’re in prison, and polygamy is about so much more than just sex.

But I agree with Jim, what debate? Polygamy isn’t illegal here except when everyone wants to marry each other. If I want to have a harem of men, I can. If I want to be one of ten ‘wives’, I can. The marriage part is only a certificate – I would have the same rights, under the new legislation, as any of the other defacto missuses around. Where’s the debate?

This could be the single most self-serving load of rubbish ever published in Crikey, and that’s saying something.

If you’re looking for another partner Keysar take out a personals ad like normal people.

“I did not create the debate, it came to me, I do not like generating controversy, however, if it comes to me, I will address it forthrightly with outright conviction in the wisdom of my Creator Whose work I am honoured to do. Some unjustly view my faith in the wisdom of God as controversial.”

Keyser is a prophet. A messenger. You don’t think it’s a legitimate debate, take it up with the Almighty.

Keysar, if you ever drove anywhere near my house, my devout Indian Muslim mother would be waiting on the front porch for you with a shot gun. She isn’t exactly a fan of the kind of arguments you put forward for polygamy as they display a fraudulent concern for women and are a cover for what are in fact grossly misogynistic attitudes of mosque presidents who don’t allow women (or indeed non-Lebanese men) to be full members of their association.

Mosque presidents such as a former President of the Lebanese Moslems Association named Keysar Trad.

But then, what would my “ammi” know? As you once said, India is a nation dominated by the lowest of the low …