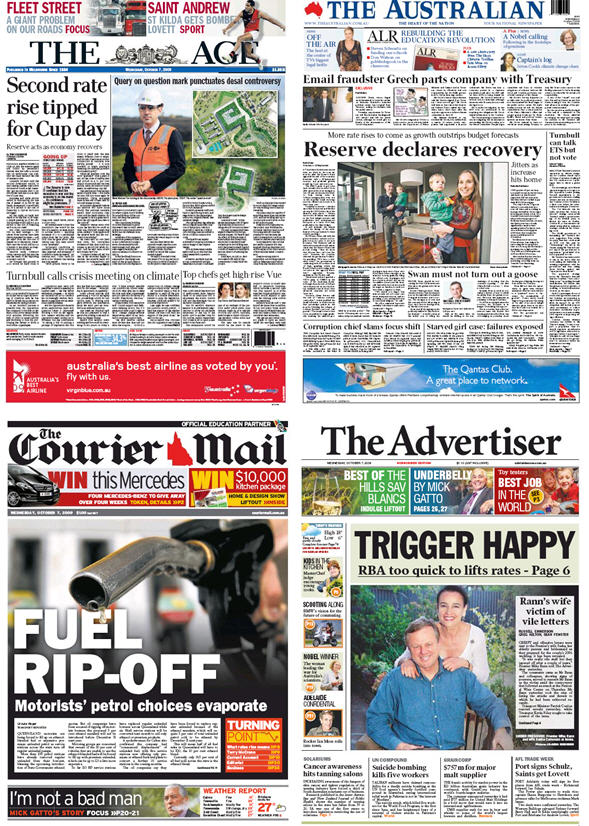 Second rate rise tipped – Financial markets believe it is odds-on that the Reserve Bank will follow up yesterday’s interest rate rise with a second rise on Melbourne Cup Day, after the bank declared the risk of recession over – Melbourne Age

Jitters as increase hits home – The Australian gives some practical examples of what a 0.25% rise means.

Pain likely as retail banks study hike in interest rates – The average homeowner will be slugged an extra $45 a month in mortgage repayments if lenders pass on all of yesterday’s 0.25 percentage point hike in official rates – Melbourne Herald Sun

‘Premier broke up my marriage’: Richard Wayne Phillips – Mike Rann had contact with a woman up to 10 times a day and up to 30 times in one particular week before her marriage broke up, her estranged husband claims in a series of letters. The letters to the South Australian Premier and his wife Sasha Carruozzo were sent by Richard Wayne Phillips, who allegedly assaulted Mr Rann last Thursday – The Australian

Premier’s wife a victim of vile letters – Creepy and offensive letters were sent to the Premier’s wife Sasha, her elderly parents and bridesmaid as they prepared for the couple’s 2006 wedding, it has been revealed. “It was really vile stuff but they tapered off after a couple of years,” Premier Mike Rann told The Advertiser yesterday. The comments came as Mr Rann and Cabinet colleagues, showing signs of pressure, moved to reassert Mr Rann as the victim amid the controversy and speculation that followed an attack at the National Wine Centre on Thursday – Adelaide Advertiser

Rumour mill puts pressure on Premier – Greg Kelton writes in the Adelaide Advertiser that the speculation and innuendo surrounding the alleged assault on Premier Mike Rann could not have come at a worse time. This is all happening in the lead-up to the March 20 election. What makes it worse for Labor and Mr Rann is that the events are out of his, and the party’s, control.

NRL chases Howard – A push for a radical restructuring of the National Rugby League seems to be gathering pace, with the former prime minister John Howard reportedly approached to head an independent commission to run the game – Sydney Morning Herald

Kevin Rudd, the Prime Minister of … Ukraine? – Kevin Rudd may be on record highs of popularity in Australia, however it appears he has not made much of an impact in the British university scene – Sydney Daily Telegraph

Heat on LNP over Dutton – Liberal frontbencher Peter Dutton has ruled out running for preselection in the new seat of Wright in southern Queensland, ramping up pressure on the state’s merged conservative party to find a way to keep him in parliament – The Australian

Libs promise land tax revamp – The Liberal Party has pledged to cut land tax for 57,000 South Australians if elected in March next year. Opposition Leader Isobel Redmond said the Liberal Party’s land-tax policy would lift the base threshold from $110,000 to $250,000 – Adelaide Advertiser

Budget cuts cost 471 jobs at RPH – More than 470 full-time jobs will be axed at Royal Perth Hospital to meet its reduced budget, including 52 positions in its cancer and neurosciences division, 90 in the surgical unit and 74 in critical care, a leaked internal document has revealed – The West Australian

Email fraudster Godwin Grech parts company with Treasury department – Godwin Grech, whose forged email threatened to lower the curtain on Malcolm Turnbull’s turbulent political career, has resigned from Treasury, ending two decades with the public service. Yesterday, a spokesman for Treasury told The Australian the disgraced civil servant had left the public service, although he would give no details of the circumstances of Mr Grech’s departure – The Australian

Rudd’s future assured by Coalition – writes Paul Kelly in The Australian as the Liberal Party is on the verge of handing the Rudd government a once-in-a-generation opportunity to smash the Coalition at the next election and establish Labor’s hegemony at the national level for many years.

Malcolm makes spectacle of himself – Peter van Onselen in The Australian on how government ministers have become unusually media shy, not wanting to get in the road of the opposition devouring itself so publicly.

Leader risks hollow victory – Lenore Taylor in The Australian that even his opponents concede Malcolm Turnbull is likely to win partyroom approval to negotiate amendments to Labor’s emissions trading scheme. And, technically speaking, approval to negotiate is what he staked his leadership on last week. But his opponents aren’t conceding, not for a second, that they’ll vote for any deal he might do with the government.

Human cost of being soft on immigration – Steve Lewis in the Sydney Daily Telegraph writes that but for the frail state of the Coalition and Liberal leader Malcolm Turnbull, the Rudd Government would be much more on the defensive over illegal immigration.

Extraordinary times for RBA – Terry McCrann writes in the Brisbane Courier Mail that Reserve Bank Governor Glenn Stevens has shown he can be bold, and just as the rate rises in 2007 and 2008 gave him plenty of cutting room, so do these ones now. This makes what happens in China and the US in the opening months of next year so critical, and how Stevens interprets and reacts to them.

You’d have to believe in the Tooth Fairy … – to have expected the official interest rate to stay long at a 50-year low, especially when the downturn has been so modest writes Ross Gittins in the Sydney Morning Herald

Malcolm Turnbull can talk ETS but not vote – Malcolm Turnbull’s internal opponents on climate change say the Coalition should reject all forms of emissions trading if the UN conference in Copenhagen fails to clinch a global deal. They appear set to agree to the Opposition Leader putting forward amendments to the government’s scheme on the proviso there be no final vote before the international meeting in December – The Australian

State’s rubbish heap becoming a mountain – Recycling has gone backwards in Victoria for the first time this century, with an increase in organic waste being dumped into landfill, and mountains of glass sitting unprocessed at recycling plants – Melbourne Age 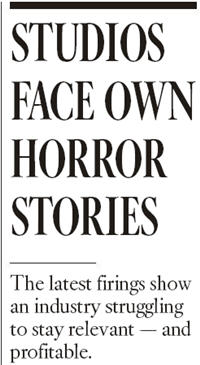 Hollywood studios in midst of their own horror show – The recent firings and hirings of studio executives at Disney, Universal and elsewhere point to a widespread corporate panic amid sharp declines in DVD sales – Los Angeles Times 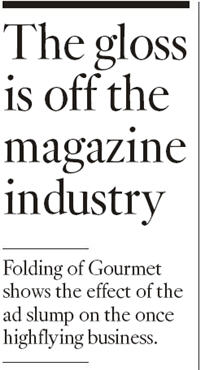 Conde Nast’s closure of Gourmet shakes up magazine industry – The end of the venerable publication and three others underscores the swift and brutal fall of the once highflying business amid a steep drop in ad revenue. Two years ago, Conde Nast’s Vogue published its biggest issue, an advertising-packed behemoth. Generous expense accounts were de rigueur at glossy fashion and lifestyle magazines. But that culture has been turned on its head as the magazine business reels from the battered economy, the drop in advertising revenue and restraints on expenses – Los Angeles Times

Housing’s price brakes kick in – The 2 per cent rise in housing values in August probably marked the top of the price growth cycle, at least until well into next year – The Australian

Time for the dinosaurs of league to die – Phil Rothfield writes in the Sydney Daily Telegraph that ask anyone in rugby league and they all agree an independent commission is the way to go forward.

Mick Gatto’s ghosts of a gangland past – The man acquitted of a gangland murder is interviewed for the Sydney Daily Telegraph at the launch of his autobiography “I, Mick Gatto”.

INTEREST RATES TO RISE.
The economy’s improving a bit- so let’s give more money to the banks by raising the price of money.
I don’t get it!