In the second of a three-part series, Geoff Maslen looks at immigration law and the stampede for visas by foreign students. What happens now to students who thought that would qualify for residency?

The ease with which foreign students could formerly remain permanently in Australia after completing their courses resulted in a vast increase in the number of potential migrants from the two big source countries of India and China.

Student numbers from India beginning new courses in Australian education institutions rocketed from less than 5400 in 2002 to more than 60,000 last year.

That rise, coupled with an overall doubling in commencements by all nationalities to almost 325,000, led to a massive rise in the number of vocational education colleges offering quick-fix ways of gaining residency, with claims of a thriving black market in forged English language test results, bogus courses and even sham marriages.

Migration agents in the Punjab in India, where a majority of Indian students in the vocational colleges come from, are said to be providing fake bank documents to meet Australian Immigration Department requirements, false results for students undertaking the International English Language Test System, and even arranged marriages so aspiring immigrants can enter the country as a partner to a student who has passed the mandatory English test.

Although most media attention has focused on the colleges where a huge expansion in student numbers has occurred, universities are not immune to the crackdown by state and federal governments alarmed at the battering Australia’s education reputation is enduring.

Many of the colleges are linked to universities and provide a feeder system direct into higher education courses. Under this arrangement, foreign students do not need to sit for an English test, although they do need to reach a relatively high level to obtain residency.

Changes to the immigration rules last December now make it almost impossible for students undertaking hospitality and hairdressing courses in colleges to remain permanently after completing their courses.

Cooks and hairdressers are no longer listed as critical skills by the Immigration Department although accounting is and that means many students enrolled in university business courses can still apply for residency.

Dr Bob Birrell, a noted critic of Australia’s lax immigration rules, says the Immigration Department had to cut the number of visas issued to former foreign students with cooking, hairdressing and accounting credentials.

“This is because of mounting evidence that most students did not have the skills needed for employment in their field or, for cooks and hairdressers, were not interested in employment in these trades,” Birrell says.

Birrell heads the centre for population and urban research at Monash University. He hopes the contraction of access to permanent entry visas will force Australia’s overseas student industry to focus on training that students can utilise with profit in their home countries.

The federal government, however, faces a serious political issue when tens of thousands of foreign students realise they enrolled here in the now-mistaken belief their courses would qualify them for residency.

They can stay on in Australia for 18 months after finishing with full work rights and can apply for a permanent entry visa.

If they are then refused, or the Immigration Department has still not processed their applications, Birrell says it is highly unlikely they will leave without a fight and that could lead to long and embarrassing court actions.

TOMORROW : Why students from India now comprise the second-largest number of foreigners in Australian colleges and universities. 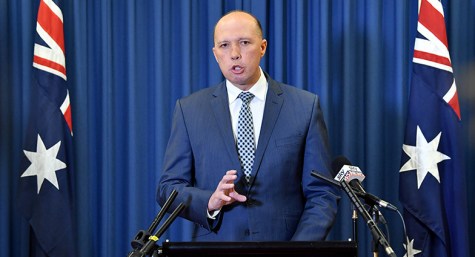 Crikey Clarifier: is an appeal a free ride for asylum seekers? 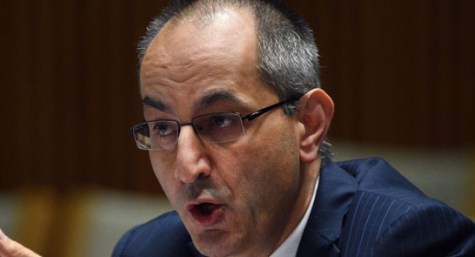 I have heard Bob Birrel make the claim that “Cooks and hairdressers are no longer listed as critical skills by the Immigration Department” a number of times, but have not seen this anywhere else – including the Depatment’s website, although it is something of a labyrinth, so i might just be lost.

Does anyone have a link to some kind of evidence of this?

I’m married to a Thai, and can tell you they have been running the same scams for a long time. People come out and enrol in the cheapest course possible (its essentially a visa fee of a different name), and then go to work in the restaurants, factories, brothels etc.

There is no reason why anybody undertaking training in Australia should qualify for permanent residency. Using shonky colleges and separate courses as a backdoor migration facility is clearly understood but effectivelyignored by immigration and education authorities because of the economic stimulus arising from the training being provided.

We should be clear and upfront with all students and once they complete their training they must leave the country, and should apply for migration status outside the country not as de facto migrants within the country.

What is the largest number of foreigners in Australian colleges and universities? The 2nd does sound a little petty.

Geoff Maslen: Very informative. All of which makes Australia the country that America used to be.

Pity about the fragile ecosystems of our land, an even greater pity about most State’s lack of water. Or how to f/uck up a wonderful country by allowing open slather to immigration and encouraging people to have multiple pregnancies.

Congratulations to all the politicians of the past, present and future who have rendered Oz to this pitiful state.