Winnie the Pooh returns and Daryl vetoes a replay

The pick of Monday morning's media

Job advertisements jump for second month in September – The Olivier Job Index, which measures positions vacant ads on commercial job sites, grew 3.58 per cent in September, following the 2.43 per cent increase in August after a number of flat months – Melbourne Herald Sun

Interest rates will rise, but not yet – Reserve Bank governor Glenn Stevens has made it clear the next move will be up, but most economists are picking a move next month at the earliest, by a quarter of a percentage point, which would be the first lift in official rates in 20 months – The Australian

Top End can use some Inpex gas, says Wood – The Territory Government should push for some gas from the Inpex project to be sold locally, the man who holds the balance of power in the NT Parliament said – Northern Territory News

Malcolm Turnbull won’t leave politics over climate change – The Opposition Leader dismissed reports that he would quit his blue-ribbon Sydney seat of Wentworth if the Coalition revolts over his move to craft amendments to Labor’s emissions trading scheme. Last week Mr Turnbull threw down the gauntlet to party rebels by demanding they support his stance – Brisbane Courier Mail

Turnbull refuses to quit – Malcolm Turnbull has no plans to quit Parliament if he fails to get his way on climate change. The beleaguered federal Opposition Leader dismissed as “just not true” reports he would abandon his Sydney seat of Wentworth if Liberal MPs rejected his carbon emissions trading strategy and the Coalition lost the next election – Melbourne Herald Sun

South Australian Premier Mike Rann knows his attacker – Premier Mike Rann struck up a friendship with Michelle Chantelois, the woman named in connection with an attack on him, while she worked at Parliament – Adelaide Advertiser

Bureaucrat sacked after ‘refusing to lie’ to CMC – A former senior state government policy adviser has claimed he was sidelined and sacked by the Government after refusing to lie to Queensland’s corruption watchdog. Scott Patterson yesterday said his ordeal was not an isolated incident among ministerial staff and showed the need for a far-reaching royal commission – Brisbane Courier Mail

Turnbull insists on safe seat for Dutton – Michelle Grattan writes that Malcolm Turnbull, already staring down his backbench over emissions trading, is now putting his authority on the line to insist frontbencher Peter Dutton gets a safe seat after his weekend preselection loss – Melbourne Age

Libs fear rural poll fight – Senior SA Liberal Party strategists fear the party may have to divert campaign funds from marginal city seats to defend its own rural seats in next March’s state election. They are becoming concerned about the push by independents and National MP Karlene Maywald to win seats from the Liberals – Adelaide Advertiser

CityRail growth ‘blocked’ by metro – The State Government’s decision to push ahead with a metro under the centre of Sydney ignores the recommendations of top engineers, who urged that a corridor beneath the city be reserved for CityRail expansion – Sydney Morning Herald

Malcolm Turnbull is under siege – Malcolm Farr in the Sydney Daily Telegraph remembers the personality of Malcolm Turnbull who ran the republican referendum campaign. The same Turnbull still relies on the brute strength of his personality, still is ready to take issues to the brink, and remains convinced that he knows what is best for Australia. Those elements are summed up by his warning last Friday that if the Liberals don’t accept his ETS policy he won’t be able to stay on as Opposition Leader.Opinions

Prohibition has failed – Alan Howe in the Melbourne Herald Sun tells a wonderful tale about a drug fueled Elvis Presley and a gin soaked Richard Nixon joining together in the anti-drug use campaign.

Rate rises set to start, but pain won’t be great – Ross Gittins in the Sydney Morning Herald reckons there’s a high chance the Reserve Bank board will decide to raise the official interest rate at its meeting tomorrow. Failing that, it will move at the following meeting on Melbourne Cup day.

Liberals’ rising star hobbled by Nationals – Glenn Milne in The Australian believes it is hard to overestimate the damage, or when it comes to the Liberal Party, the anger, over Peter Dutton’s weekend dumping in what was the nasty fiasco that passed as the McPherson preselection. As a result the chances of a formal federal Coalition split have moved a considerable step closer and Malcolm Turnbull’s increasingly forlorn hopes of winning the next election just became even more remote – The Australian

Malcolm Turnbull faces challenge to save a leader-in-waiting – Peter van Onselen in The Australian says that kust when you thought the plight of the Coalition couldn’t get any worse, frontbencher Peter Dutton failed in his bid to secure preselection for the safe Queensland seat of McPherson on the Gold Coast.

Irish lift Europe roadblock – Irish voters have resoundingly approved the Lisbon Treaty, paving the way for a new European constitution and new era for the European Union. In a referendum on Friday, 67.1 per cent of voters supported the treaty – in stark contrast to a poll just 15 months ago in which the 3 million-strong nation rejected the new framework, delaying the final sign-up for nearly 500 million others – Sydney Morning Herald

McKids play restaurant toy at Toys R Us causes alarm to parents, nutritionists – Once every little girl aspired to a toy stove just like mummy _ but a new toy is teaching kids as young as three to ask their friends if they’d like fries with that – Sydney Daily Telegraph

Apple bites over Woolworths logo – Woolworths insists its new logo is a stylised ”W” or a piece of fresh produce. Apple thinks it is an apple, and the California-based technology company wants to stop Australia’s largest retailer from using it – Melbourne Age

Aussie rescuers inspect quake tombs – Days after the earthquake that shook Indonesia, it is time for Australian rescue workers to find bodies in 29 buildings that are now potential tombs –  Sydney Daily Telegraph

Search teams driven by optimism – Five days after the earthquake that shook Padang, it is time for tough men to take the stage. The Queensland Urban Search and Rescue team, an Australian taskforce, is on the ground to begin the grim work of finding survivors and bring them home – Brisbane Courier Mail

Voices raised to heaven for tsunami victims – On an ordinary Sunday, Sydney’s Samoan community would have worshipped in churches across the city, but yesterday they met at the Congregational Christian Church of Samoa, Cabramatta, to remember victims of the tsunami that tore through their homeland last week – Sydney Morning Herald 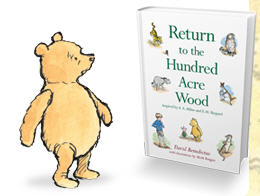 Fewer cases of child abuse – The child abuse tide in Queensland may have turned for good, with new figures showing an almost 20 per cent decline in the number of reports of suspected mistreatment and neglect in the past three years – Brisbane Courier Mail

Melbourne’s home buyer frenzy – Melbourne house prices have continued to soar despite cuts to the first homebuyers’ grant and a warning the boom cannot last. And while there are 681 auctions set for next week, Victoria’s peak real estate body said there was still not enough stock on the market to meet surging demand – Melbourne Herald Sun 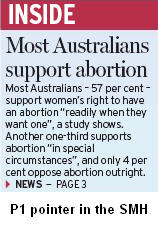 Right to choose abortion wins strong support – Australians in general, and Queenslanders in particular, hold liberal views on abortion, yet politicians’ fear of small religious minorities appears to have stymied decriminalisation of the procedure in some states, a study shows – Sydney Morning Herald

We eat, drink much more – Australians are gorging on fast food and cheap booze to save time and money. Latest monthly retail sales figures reveal spending on alcohol is up 21 per cent and takeaway food up 17 per cent compared to a year ago. Alarmed health campaigners warn the binge could lead to a costly hangover as we become fatter and drunker – Sydney Daily Telegraph