The “other” moon landing speech

What if Neil Armstrong and Buzz Aldrin never made it off the moon? How would the public have been told? Following on from the recent death of President Nixon's speech writer, William Safire, here is his most eloquent speeches that never was.

What would have happened if *gulp* Neil Armstrong and Buzz Aldrin hadn’t ever made it off the moon?

Luckily President Nixon’s speech writer, William Safire — who passed away this week aged 79 — was prepared with a speech in the event of any Apollo 11 astronaut strandings. And a careful note to call the “widows-to-be” before publicly announcing their deaths.

Note: read the below in a booming voice. 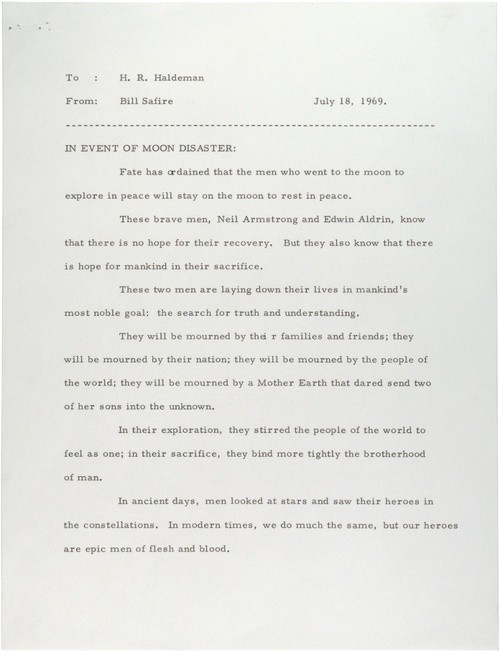 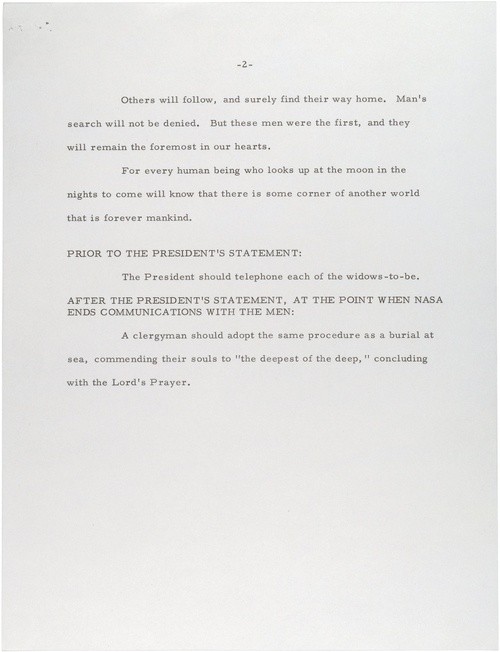 This was published in *every* edition of Mr Saffire’s excellent collection of speeches ‘Lend me your ears’. Well worth the read, as it is more than a ‘collection’ it also includes an analysis about the mechanics of why great speeches work.