The RBA lends the deficit a $9 billion hand

Teacher push to get rid of Anna Bligh – Queensland teachers are attempting to gather cross-factional support to roll Anna Bligh amid widening anger in the party over the Government’s woes. The Queensland Teachers Union yesterday sent an email to its members revealing it planned to pressure Labor MPs to dump Ms Bligh as leader – Brisbane Courier Mail

Kelly O’Dwyer secures preselection for Peter Costello’s seat of Higgins – The banking executive, who formerly advised Mr Costello when he was Federal Treasurer, defeated the business man Andrew Abercrombie 222 votes to 112 in a vote of party members – Melbourne Herald Sun

Tony Stewart scandal heats up as Tina Sanger breaks her silence – The former Rees Government staffer, whose claim ALP MP Tony Stewart touched her leg and verbally abused her at a Garvan Institute function led to his dumping as a minister, says she was not ashamed of her former days as a men’s club dancer. Rather it was her time working as a government staffer that had sullied her – Sydney Daily Telegraph

Beazley, Nelson rewarded – In Kevin Rudd’s latest, and most spectacular, example of bipartisanship, Dr Brendan Nelson will become ambassador to the European Communities, based in Brussels, where his job will include representing the Government’s climate views. In a double announcement, Kim Beazley – like Dr Nelson, a former opposition leader and former defence minister – becomes ambassador to Washington – Melbourne Age

After the panic, $4bn is hoarded – Households are still hoarding $4 billion in cash that was pulled out of the banks in September and October last year, during what the Reserve Bank has revealed was a panic run – The Australian

Billiards blackballed by law ‘n’ order – The ‘Australiana Quiz” that asked for knowledge on The Don has been dumped for a citizenship test focusing on democracy and the rule of law. Using Citizenship Day to release sample questions, Immigration Minister Chris Evans said the aim was not to block people from becoming Australian, but to examine their understanding of values – Melbourne Age

Aboriginal funds ‘poor value for taxpayers’ – The WA Auditor-General should investigate the amount of money being spent on Aboriginal affairs and its effectiveness in delivering results for indigenous people, a new report has recommended – The West Australian

McGurk police seize guns from ex-boxer – Police investigating the murder of the standover man Michael McGurk have seized weapons from the Chipping Norton home of the former boxer Lucky Gattellari. Mr Gattellari was recently appointed a director to a number of companies of the property developer Ron Medich – Sydney Morning Herald

Adelaide plan ‘misses the point’ – South Australian economist Richard Blandy has criticised the State Government’s 30-year plan, saying it is not convincing, full of errors and should be changed – Adelaide Advertiser

We can do more to end gang violence – One of Premier Mike Rann’s key advisers suggests juvenile justice, child protection and Aboriginal affairs can be better handled by community-based organisations – Adelaide Advertiser

Grog blame lies with us – Rebecca Wilson writes in the Melbourne Herald Sun writes how young males binge after a game of footy on Saturday, just like their dads did. Young women are different. Their drinking habits have changed so dramatically in three generations that 18-year-old females now regularly out-drink their male counterparts.

Terminations with prejudice – Richard Ackland writes in the Sydney Morning Herald that Tegan Leach, 19, and her boyfriend, Sergie Brennan, 21, said they had no idea they were committing a crime. “Neither did I,” he writes, “which shows how far from the real world I live.”

PM cuts and runs in NT – Tony Abbott writes in The Australian that the Labor Party never really supported the Northern Territory intervention and now the Rudd government has killed it. The replacement in March of Dave Chalmers as the operational commander with a Canberra-based bureaucrat was a sign of bad faith.

Terror kingpin Noordin shot dead – Indonesia’s most wanted man, terrorist leader Noordin Mohamad Top, has been killed in a lengthy police siege, the nation’s police chief said yesterday. Noordin was shot dead by police in an exchange of gunfire shortly before an explosion ripped through a hideout on the outskirts of Solo, in Central Java – Melbourne Age 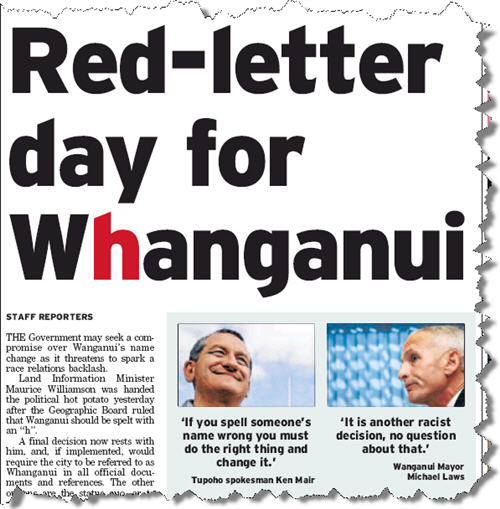 Federal police work on plan for PNG return – The Australian Federal Police could be back in Papua New Guinea in large numbers next year, under a new program to help Australia’s near neighbour tackle its law and order problems – Melbourne Age

Call to ban foreign entities from buying strategic Australian assets – Despite growing unrest over the takeover of mining assets by companies controlled by the Chinese Government, a parliamentary inquiry into the issue has recommended no major changes to Australia’s foreign investment regime. But an unusual alliance, the Nationals senator Barnaby Joyce, the Greens senator Scott Ludlam and the independent senator Nick Xenophon issued a stinging dissenting report urging the Government to ban foreign government-controlled entities from buying ”strategic” Australian assets – Sydney Morning Herald

‘Tens of thousands’ of animals in oil spill firing line – The number of animal species in the path of the Timor Sea oil spill is larger than previously thought, according to WWF-Australia. WWF-Australia conservation director Gilly Llewellyn said the spill was an environmental threat, despite being about 150km off the coast. “We need to shatter the myth that an oil spill only affects marine wildlife when it washes up on our beaches,” she said – The West Australian

At Fairfax, it’s OK, now you can mention the war – Elizabeth Knight writes in the Melbourne Age that the most remarkable aspect to the extraordinary outburst by John B. Fairfax against the chairman of Fairfax, Ron Walker, yesterday is that the simmering split between the two factions of the company did not erupt earlier.

Chaser chief Julian Morrow for the Olle lecture – The Australian

GPs, chemists rort Medicare of millions – Unscrupulous doctors and pharmacists have been caught out pocketing cash for phony treatments and drugs prescribed to dead people. The scams are among dozens employed by health professionals stealing millions from taxpayers each year – Adelaide Advertiser

Private doctors cash in on obesity surgery – The number of operations to treat obesity has doubled in just two years to more than 4000 in NSW, Medicare statistics show – Sydney Morning Herald

Population to now hit 35 million by 2049 – The Australian

Send kids to school or lose handouts, Logan parents warned – Parents who do not ensure their children attend one of 30 schools on Brisbane’s urban fringe will face the tough-love policy to be announced today by Federal Families Minister Jenny Macklin and Premier Anna Bligh – Brisbane Courier Mail

Alleged victim of sexual abuse took out restraining order against father – The alleged victim of 30 years of horrific sexual abuse took a restraining order out against her father in 2007, two years before he was eventually charged. In the same year state authorities pursued the woman to pay for damages to a house she fled to escape her alleged attacker – Melbourne Herald Sun