PAGE ONE OF SATURDAY’S PAPERS 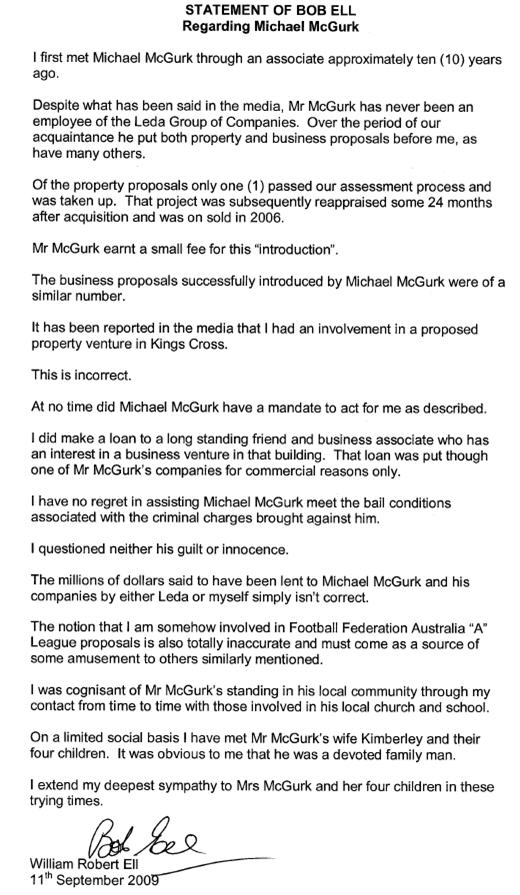 Oh brother! Medich family split – Ron and Roy Medich have moved on from their western Sydney origins, and from each other. Nick O’Malley, Vanda Carson and Kate McClymont report in the Sydney Morning Herald

Nathan Rees sacks rebel ministers Tony Kelly and Ian Macdonald – Delivering on a promise to punish those behind a campaign to unseat him, Mr Rees sacked Mr Kelly as police minister and took the energy portfolio from Mr Macdonald. However, in a sign that his leadership is still vulnerable, he refused to sack them entirely from Cabinet, a move that would have required approval from his still jittery caucus – Sydney Daily Telegraph

Rivals demoted in Rees cabinet reshuffle – The Premier, Nathan Rees, has punished key rivals who plotted against him, sacking Tony Kelly as police minister and Ian Macdonald as energy minister, and has given a big promotion to the former union boss who helped him into the job, John Robertson – Sydney Morning Herald

ALP denies staff claim over Gordon Nuttall – An ex-ministerial staffer will avoid expulsion from the ALP after claiming she warned senior Government figures seven years ago about Gordon Nuttall.

Afghans sent back to war zone – The surge in repatriations of Afghans from Indonesia has prompted criticism from refugee advocates that the policy is endangering lives, and represents a recasting of the Howard government’s abandoned Pacific Solution with a similarly inhumane ”South-East Asian solution” – Melbourne Age

Latest saga in life on the run ends in another detention centre – Tom Allard writes for the Melbourne Age from Jakarta of the shoemaker from Qarabagh in Afghanistan, one of the war-torn country’s most violent provinces, has spent almost his entire adult life on the run and it has taken its toll.

More foreigners can stay while applying for visa – Melbourne Age

Kevin Rudd’s $2bn skills plan in disarray – The government’s $2 billion flagship training program is facing a crisis of confidence with almost universal criticism from employers, unions and educators that it is doing nothing to solve the skills shortage – The Australian

Each job saved costs us $160,000 – George Megalogenis in The Australian calculates that ob saved by the Rudd government’s stimulus package has come at a direct cost to taxpayers of about $160,000.

Stimulus package ‘too big’; Galaxy Poll findings – More than one-third of all Queenslanders are now concerned the Rudd Government’s $42 billion stimulus package is too big and costly as the Australian economy powers ahead of the world –  Brisbane Courier Mail

Turnbull mum on second vote for insurance rebate – Malcolm urnbull has refused to say whether the Coalition will again vote down the $1.9 billion means testing of the private health insurance rebate when the Government brings back the legislation – Melbourne Age

Baillieu pledges to save VCA – n an audacious bid for the arts vote, the Opposition Leader is pledging that if the Coalition wins next year’s state election he will ensure the college has enough money to remain viable – Melbourne Age

Labor sex-for-favors scandals – The stench of corruption that has wafted through Sydney in recent days has brought back unpleasant memories for many, especially Leanne Edelsten who recalls a Prominent Labor Identity and a proposition to which she answered ‘Tell him I love my husband, but not that much’ – Sydney Morning Herald

Julia Gillard fuels legacy wars with swipe at John Howard – Gillard has hit back at John Howard over his claim that Kevin Rudd’s denial of economic reforms under the Howard-Costello government represented political “mendacity”, portraying the former prime minister himself as being mendacious and having a “contemptuous attitude to telling Australians the truth” – The Australian

Loneliness of the university Liberal – Ridicule and hatred are ritualistic hurdles for women rejecting the leftist emphasis of our campuses, writes Paul Sheehan in the Sydney Morning Herald.

One step ahead of financial disaster – Tim Colebatch in the Melbourne Age revisits the origin of the world financial crisis and looks at its consequences.

Teller of tales – Shaun Carney in the Melbourne Age on politicians moulding the facts to suit their chosen narrative.

If you don’t know what a klischograph is, give thanks – Tony Wright in the Melbourne Age takes us on his journey from hot metal to the internet.

Ungracious Rudd gets a free pass – Peter van Onselen in The Australian says that when Kevin Rudd launched Paul Kelly’s new book, The March of Patriots, on Monday, he unwittingly proved one of Kelly’s hypotheses correct: that John Howard and Paul Keating may have been the last truly significant leaders “in a business burdened by spin, manipulation and gesture”.

History remarks aimed at Malcolm – Dennis Shanahan writes in The Australian how Malcolm Turnbull is being inexorably drawn into the political war over Australia’s economic reform process over the past 30 years, as he lays the groundwork for the Coalition’s policy framework for the year ahead – The Australian 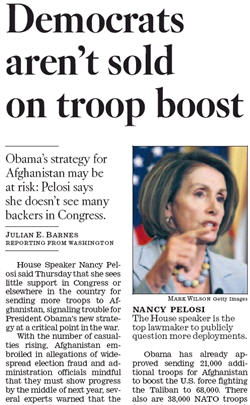 China stays on track for 8pc growth – The Australian

Duvall incident spotlights politicians’ perks in capital – The case of Michael Duvall, the 54-year-old Yorba Linda assemblyman who resigned Wednesday after the disclosure that he bragged over an open microphone of apparent sexual trysts, is a window into a world in which those who vie to sit through dreary legislative meetings can be rewarded in more bacchanalian ways – Los Angeles Times

Anna Bligh faces test of fire on MasterChef – was judgment time for Premier Anna Bligh yesterday. And while the Opposition would like to see her cook her own goose, it was actually a crispy skin duck with citrus sauce recipe by Kylie Kwong that put some sweat on the brow of the usually unflappable Premier – Brisbane Courier Mail

Politicians seek the common touch – Politicians are being dumbed down on television, but it’s a smart move, says an academic. While hardly a new phenomenon, TV appearances by politicians appear to be increasing – Adelaide Advertiser

Housing prices up for big test – House prices are set to be tested with Melbourne gearing up for the two biggest auction weekends of the year so far. This weekend 760 houses will go under the hammer – the most since late last year. But it is just a prelude to the following preliminary final weekend where 882 are scheduled for auction – Melbourne Age

Students don’t make the grade – Almost one in 10 Australian students are failing to reach the most basic standards in reading, writing and maths, with the Federal Government conceding it will take years to stop thousands of students from falling through the cracks – Melbourne Age

State schools spelling, arithmetic on the slide – Victorian school children have slipped behind in spelling and arithmetic over the past 12 months, but are still ahead of most other states for academic performance – Melbourne Herald Sun

Report card is in and our grades are up – Adelaide Advertiser

Still worst in 3Rs but on improve – Northern Territory News

Bright students ‘betrayed’ by HSC – The HSC is a blunt instrument that leaves many of the most talented students excluded from higher education, the head of Australia’s oldest university says. The University of Sydney’s vice-chancellor, Michael Spence, told the Herald the entry ranking system was biased towards students who attended private and selective high schools – Sydney Morning Herald

Go directly to bail – A man given bail after he was charged with car theft and high-range drink-driving was allegedly caught driving another stolen car while drunk the next day.  But that wasn’t enough to stop a magistrate giving him bail again yesterday – Northern Territory News