It’s all been hypothetical up until now. Now it’s serious. This industrial relations law business takes on a whole new complexion with the Spring Racing carnival under threat.  The Julia Gillard system is about to undergo its big test – get those little jockeys back to work!

THE FRONT PAGES OF THIS MORNING’S PAPERS

Joe Tripodi in new power sell-off – The NSW government will be out of the electricity business by the middle of next year under a privatisation plan unveiled yesterday. A key element of the plan is the government’s insistence that the sell-off produce a new player in the electricity market, even if that means divesting some of its assets in the form of a public float – The Australian

I was forced to quit Australia by McGurk, says financier – A businessman says he was forced to flee Australia and move to Hawaii after the murdered standover man Michael McGurk threatened to ruin his life. As the murky professional dealings of Mr McGurk continue to be exposed, it was announced the parliamentary inquiry into the McGurk affair would begin on September 29 – Sydney Morning Herald

Turnbull passes on park photo-op – Unlike the vast majority of his backbenchers, Malcolm Turnbull has declined a Government invitation to attend the opening of a community infrastructure project in his electorate – Sydney Morning Herald 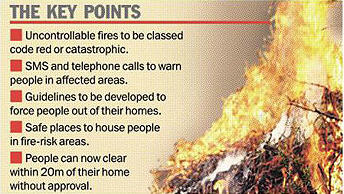 Howard slams Rudd for ‘mendacity’ – John Howard has struck back politically and personally at Kevin Rudd’s characterisation of his government as indolent and uncaring neo-liberals, declaring the Prime Minister has reached “new heights of political mendacity” – The Australian

Ex-MPs rush to fill seats on gravy plane – Former MPs have rushed to board the taxpayer-funded retirement gravy plane, with 58 more becoming eligible since the 2007 election and lodging claims for 1166 free flights worth $671,000 – Melbourne Age

Iraq payments were approved at top level: AWB – How much the Howard government knew about AWB Ltd’s payments to Saddam Hussein’s regime will be scrutinised in a shareholder class action starting in November – Sydney Morning Herald

Loan rates to hold as firms lay off workers – The Australian

Boom states keeping jobless level steady – Queensland and Western Australia have returned to being the nation’s most confident economies, with both states creating jobs last month at a time when the number of people in work nationally went backwards – The Australian

Teenagers bear brunt of recession – Fewer than half of the teenagers who have quit full-time school have found a full-time job, as the global recession has swollen the numbers of young Australians falling through the cracks – Melbourne Age

Jobs cause a jam on recovery road – Melbourne Herald Sun

Nurses won’t take Julia Gillard’s medicine – Thousands of aged-care nurses fear they will lose up to $295 a week as a result of the Rudd government’s award overhaul, reigniting union demands for Julia Gillard to intervene or face workers leaving the health system – The Australian

Gordon Nuttall staffers raised alarm over alleged deal – Senior Government figures were allegedly warned seven years ago that Gordon Nuttall was funnelling lucrative work to a Labor mate now at the centre of his latest corruption charges. A senior staff member of the disgraced former minister has detailed claims of how she and another colleague complained to then premier Peter Beattie’s office in 2002 about the alleged conduct – Brisbane Courier Mail

Give whip rule the flick now – Ken Callender in the Sydney Daily Telegraph says Sydney and Melbourne should go their own way and throw out the silly new whip rule.

Rudd demeans himself over history – John Howard in The Australian seeks to set the reform record straight and accuses Kevin Rudd of having demeaned himself.

Emergency measures no longer apply – Michael Stutchbury writes in The Australian that the Reserve Bank will remain unfazed by the softer jobs and retail numbers and is still set to start cautiously lifting its “emergency” 3 per cent cash rate before Christmas.

Sloppy Joe and the poodle – Dennis Shanahan argues in The Australian that the Rudd government has to stop worrying about its critics and the opposition and get on with the job of governing. We will all be better off for it and that includes Kevin Rudd, Wayne Swan, Julia Gillard and their Labor colleagues.

Turnbull needs to find his reform mojo to win this history war – Michelle Grattan writes in the Melbourne Age that the PM has thrown down the gauntlet on economic credentials.

Bad week for Julia, worse week for Joe – Phillip Coorey in the Sydney Morning Herald on the parliamentary week.

Barack Obama fights for his remedy – Barack Obama is fighting to keep alive his push for a government-run health insurance scheme, after setting out his reform plan in a fiery speech to the US congress – The Australian

ASIC tightens the reins on credit rating agencies – The Australian

Australia under pressure to boost climate funding – to help developing countries adapt to climate change, after the European Union revealed it would be willing to chip in up to $25 billion a year by 2020 – The Australian 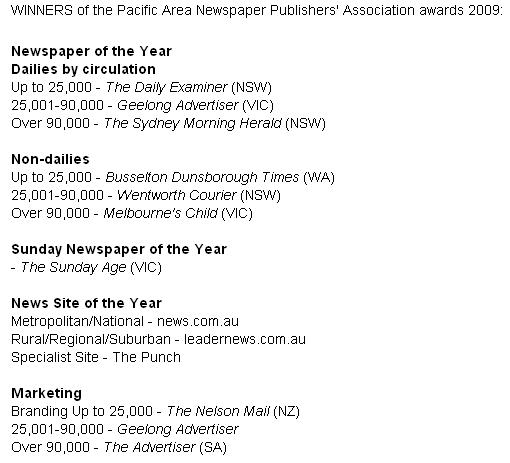 Equality of the sexes

Women: RAAF wants you for its top guns – The chief of the Royal Australian Air Force yesterday appealed for more women to try out for elite fast jet pilot selection, saying he hoped to soon see the country’s first graduate female fighter pilot – The Australian

Semenya has ‘no womb or ovaries’ – World athletics is in crisis over the gender of Caster Semenya after tests revealed the South African world champion has no womb or ovaries. The International Association of Athletics Federations (IAAF) is ready to disqualify Semenya from future events and advise her to have immediate surgery because her condition carries grave health risks. They have also not ruled out stripping Semenya of her 800m world championships gold medal – Sydney Daily Telegraph

Taxpayers pick up booze bill – Taxpayers are forking out millions of dollars so officials can wine and dine guests and entertain overseas dignitaries. Diplomats at the Department of Foreign Affairs were by far the biggest entertainers, spending just over $6 million on ”hospitality” at Australia’s 91 overseas missions – Brisbane Courier Mail

Tables same ‘rush’ as pokies – Former football star David Schwarz has contradicted Premier John Brumby on table gaming, saying that as an addict he made no distinction between table games and pokies – Melbourne Age