Just when you thought NSW had seen it all – a political link to murder?

VIDEO OF THE MORNING

My lunch with a ‘dead man’ – A week before he was gunned down, Michael McGurk told the Sydney Morning Herald’s Kate McClymont that he feared for his life and she gives details of their chat over lunch.

Belinda Neal’s road to redemption – There are still plenty of voters in the marginal electorate of Robertson keen to knock her – but it doesn’t take long to find people willing to jump to her defence: those who believe she’s the unsung champion of their causes and their community – Sydney Daily Telegraph

Why Della is a top bloke: Neal breaks her silence – A dignified Belinda Neal has refused to dump on her wayward husband, John Della Bosca, describing him as a hard-working and dedicated politician – Sydney Morning Herald

Spiked! The essay that never went to print – The Age has obtained an essay penned by the Prime Minister earlier this year and posted for consideration to the prestigious American journal Foreign Affairs, only to have it rejected – Melbourne Age

An unhealthy interest in politicians’ sex lives is becoming de rigueur, too – Adele Horin in the Sydney Morning Herald

Wayne Swan urges Asia to free up capital – Wayne Swan has made a controversial call for the key emerging economies, including China and India, to liberalise their capital controls to secure a global economic recovery – The Australian

Bonus good for Australia, even better for NZ – Austrlia’s stimulus package has been like no other … for tourism operators in Fiji, New Zealand, Britain, the US and Canada. All received record inflows of Australian tourists in July as an extraordinary 560,400 of us fled Australian shores, 17 per cent more than a year earlier, and almost 10 per cent more than the previous record set in June – Sydney Morning Herald

Bosses hit dismissal laws use as costly – The Australian

Across the genders, voters see Super Kevin Rudd – Young women and middle-aged men are turning Australian politics on its head by giving Kevin Rudd a super-majority that no previous Labor prime minister has enjoyed – The Australian

Like mother, unlike daughter – A look at two generations of voters – The Australian

Hawke worry on China – under the Rudd Government, the issue had ”gone from generally having probably as good a relationship as possible to where it’s a bit rocky at the moment. I hope and believe that will improve.” – Melbourne Age

Slick Greens playing with truth – Laurie Oakes in the Sydney Daily Telegraph ponders whether the Greens are serious or a group of populist opportunists?

How we beat the recession – Michel Stutchbury in The Australian

Swan, Tanner set rules for next poll – Paul Kelly looks forward to the next election in The Australian

Adultery: a good career move in NSW – Miranda Devine in the Sydney Morning Herald notes that even bookies haven’t written John Della Bosca off, with speculation he can sit on the backbench until after the election and emerge from the wreckage as Labor’s saviour. Only in NSW politics could adultery be a good career move.

PM’s next challenge: holding the reins of a soaring economy – writes Peter Hartcher in the Sydney Morning Herald

Unemployment Rises to 9.7 Percent; 216,000 Jobs Lost in August – The tally now stands at 6.9 million jobs lost since the beginning of the recession in December 2007. A broader measure of joblessness rose even more sharply than the headline unemployment rate. An expanded unemployment rate that includes people who have given up looking for a job out of frustration and who are working part time but want a full-time job rose to 16.8 percent, from 16.3 percent – Washington Post 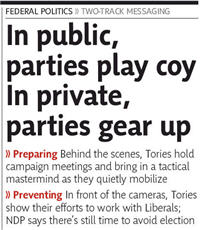 Obama, the Mortal – Charles Krauthammer in the Washington Post asks: What happened to President Obama? His wax wings having melted, he is the man who fell to earth. What happened to bring his popularity down further than that of any new president in polling history save Gerald Ford (post-Nixon pardon)?

Talk of China’s green revolution belies its voracious energy grab – Officials may be making all the environmentally-correct noises ahead of the G20 summit later this month, but out of an estimated $46.5bn (£28bn) spent on international oil and gas acquisitions in the first four months of this year, China accounted for $45bn – London Daily Telegraph

First salvo launched in fight for Packer TV – Analysts tip an imminent takeover of Consolidated Media Holdings, run by James Packer following his father’s death, after the company informed the share market yesterday that a subsidiary of Stokes’ Seven Network had requested copies of its share register – Sydney Daily Telegraph 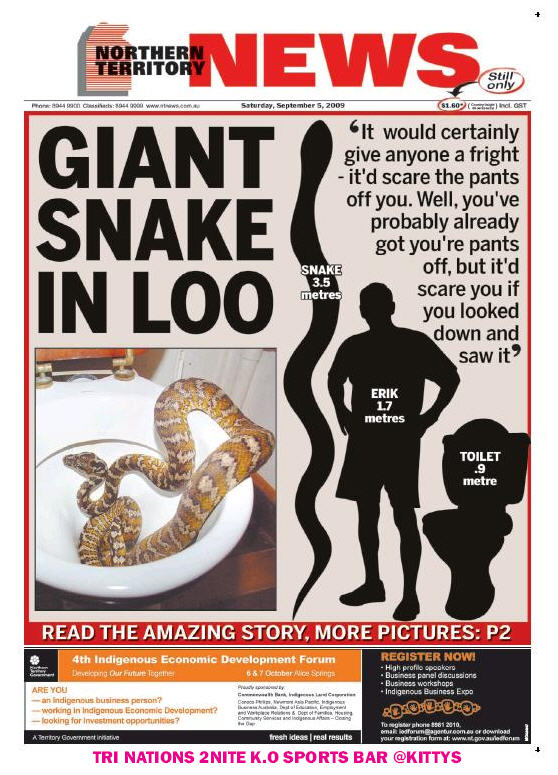 Clinic for internet addicts opens in US – reSTART offers counseling and psychotherapy – and up to 45 days ‘cold turkey’ away from the web – The Guardian, UK

TAB cries foul over pub kiosk – Computer experts are examining a computer kiosk seized by gaming officials from a South Melbourne pub, in a test case that has raised doubts about the State Government’s sale of a new betting and wagering licence – Melbourne Age