PM no wowser but wants to shut the pubs earlier

PM urges harder line on pub, club hours – Kevin Rudd says he wants state governments to limit opening hours of pubs and clubs, saying it is time to take “a harder line” against venues being able to sell alcohol until 7am. In a tirade yesterday against street violence, the Prime Minister, who has no responsibility for liquor licensing laws, also said family breakdown and the internet were creating a period of “social transition”, which young people needed assistance to properly handle – The Australian

Rudd ponders causes of violence – The pace of family life, driving young people to spend more time with their friends, could be behind an increase in alcohol-related violence, Kevin Rudd said yesterday –Melbourne Age

ALP rifle range deal becomes a target – The residents of Hill Top need no reminding of the “bullets for votes” deal that has flourished under the NSW Labor government. It is there, in the picturesque Southern Highlands, that a government often reliant on the support of the Shooters Party to pass legislation has agreed to build a giant new $5 million shooting complex – The Australian

NSW paralysed as Shooters Party deal collapses – NSW is today a state in paralysis. The Rees Government is being held to ransom by two men who got just 0.61 per cent of the vote – The Shooters Party’s Robert Brown and Roy Smith – Sydney Daily Telegraph

Age cuts to family benefits on cards – Parents could start to lose family benefits as their children reach school age under reforms flagged by the Treasury Secretary, Ken Henry. He also canvassed partly replacing payments to disadvantaged families with an increase in the direct provision of services, such as childcare and parenting programs – Melbourne Age

Australia, Japan in nuclear rift – The split has emerged in talks at the International Commission on Nuclear Non-proliferation and Disarmament, a panel of experts put together by Prime Minister Kevin Rudd last year and jointly sponsored by Tokyo to chart ways to rid the world of nuclear arms. At issue is the ”first use” nuclear posture, under which nations such as the US declare the circumstances in which they would unleash a nuclear strike – Melbourne Age

Relations with China bungled: WA Premier – Amid simmering diplomatic tensions, Colin Barnett said governments had let relations with China sour by allowing its state-owned companies to make speculative mining deals and hostile takeovers. Instead, he said, China should have been courted as a long-term partner and invited to take modest stakes in some of the country’s top assets – Sydney Morning Herald

John Howard ministers took no advice before joining Iraq war – The Howard government actively discouraged official advice on whether Australia should commit to the Iraq war and was given no such advice, senior public servants who ran the departments of Prime Minister and Cabinet, Foreign Affairs and Defence have revealed – The Australian

PM backtracks on new award wage cuts – Prime Minister, Kevin Rudd, has turned the task of modernising industrial awards into an issue of intestinal fortitude, saying that at least his Government had the stomach to tackle what was a ”difficult, complex, arduous process” – Sydney Morning Herald

Cultural change and cuts to mark new bureaucracy – The public service is about to undergo a major overhaul with calls for cultural change and renewal, along with implications that the days of expansion are over and austerity will begin – Sydney Morning Herald 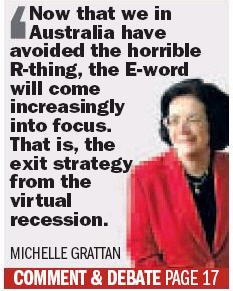 Disarmament: words don’t match actions – Daniel Flitton in the Melbourne Age says Australia’s reliance on the US weakens its push to get rid of nuclear weapons.

An affair gone wrong exposes the changing politics of girth – Julie Szego explains how this throwaway line – ”Little do people know I’m losing weight to impress a young, skinny thing.” – was deemed worthy of headlines and made it into the top paragraphs of news stories, despite tough competition from other, more sordid details. Della Bosca’s body makeover became something of a metaphor for his duplicity and betrayal of trust – Melbourne Age

Cause to regret the whole affair – Richard Ackland in the Sydney Morning Herald writes how the Daily Telegraph seemed quite pleased with its handiwork, yesterday describing how the former minister cut a ”forlorn figure on the Government backbench”. What the paper may have done in its excitement is to add one more nail to the coffin of the ”Australia’s Right to Know” campaign.

Cooking up reasons for spending fiasco – Dennis Shanahan in The Australian tries to be humorous.

Shooters Party has just one issue – Rhett Watson explains in the Sydney Daily Telegraph how the Shooters Party is unashamedly a one-issue party – it has no interest in running the state of NSW and even less in delving into policy not directly related to the interests of its members. Its aim has been to relax gun laws, an issue that often left the State Government accused of doing exactly that to keep the Shooters on-side.

Keep spending – Darling warns G20 against complacency – In a stark message aimed at Germany and France, which want the G20 leading nations to discuss “exit strategies” from measures to stimulate their economies, Mr Darling insisted that governments must carry on spending to ensure the global economy returns to sustainable growth next year – The Independent

Leaders support Swan on stimulus – G-20 finance ministers meeting this weekend will back Wayne Swan’s claim that it is too soon to consider withdrawing economic stimulus measures, urging that the wind-back of emergency economic measures should be co-ordinated globally once economic recovery has become more firmly based – The Australian

Japan’s new PM talks up US relations – Japan’s incoming prime minister, Yukio Hatoyama, has vowed that relations with Washington will remain at the centre of the nation’s foreign policy, following his first talks with US President Barack Obama – Melbourne Age 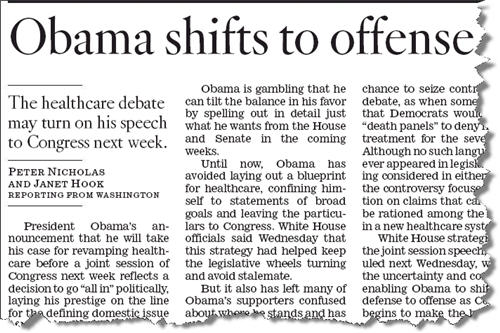 Obama’s big gamble on healthcare debate – Until now, Obama has avoided laying out a blueprint for healthcare, confining himself to statements of broad goals and leaving the particulars to Congress. White House officials said Wednesday that this strategy had helped keep the legislative wheels turning and avoid stalemate. But it also has left many of Obama’s supporters confused about where he stands and has given conservative critics a chance to seize control of the debate – Los Angeles Times

The G20 can lead the way to balanced growth – Lee Myung-bak, president of South Korea, and Kevin Rudd, prime minister of Australia say developing a flexible framework for co-ordinated macroeconomic policy will be a central challenge for the G20 – Financial Times of London

How the White House Garden grows – The White House has released a more than seven minute-long Web video about the development of the White House kitchen garden and the role of students from Bancroft Elementary School in farming it. “Part of the message is that if the president of the United States can sit down with his family and have dinner, hopefully more families will find time to do the same thing,” said first lady Michelle Obama in the video, which she narrated with White House chef Sam Kass – Washington Post

Hate-speech law violates Charter rights, tribunal rules – The development could give more ammunition to those who complain that the Canadian Human Rights Commission, which refers cases to the tribunal, is engaging in censorship by attempting to restrict what people say on the Internet – Toronto Globe & Mail 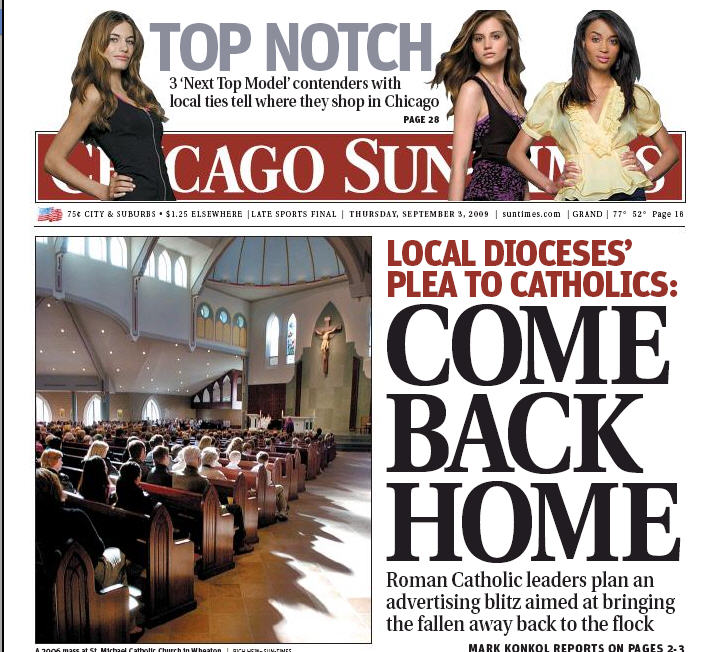 Church plea: Come back : $1.3m Ad Blitz | Dioceses seek to draw ‘lapsed’ Catholics to mass – Calling all “lapsed” Catholics: There are plenty of empty pews waiting for you. That’s the message Roman Catholic leaders in Chicago, Rockford and Joliet plan to hit the airwaves with in a $1.3 million end-of-the-year TV ad blitz aimed at bringing the fallen away back to the flock – Chicago Sun Times

Freeways no magic time-saving bullet – Billions of dollars spent building freeways across Melbourne since 1995 have failed to deliver the spectacular time savings promised to justify their construction, a study to be published today shows – Melbourne Age

HIV-positive and they don’t know it – One in five gay men who are HIV-positive is unaware they have the infection, research suggests – Melbourne Age

Tasers face ban after findings they can kill – The controversial Taser stun guns may be scrapped in Queensland after a review warned that the weapons could kill and could not be modified to prevent a repeat of the death of a man this year when he was shot 28 times with the 50,000-volt device – The Australian

Uni loses case on inventions – A landmark ruling that individual academics, and not their universities, own intellectual property over their inventions has been upheld by the full bench of the Federal Court – The Australian