Uh oh. Could Australia be headed for negative growth?

Tomorrow's second quarter growth figures are looking more and more lineball after the June quarter's balance of payments were released this morning.

Tomorrow’s second quarter growth figures are looking increasingly lineball after the June quarter’s balance of payments were released this morning.

As well, a sharp upward revision in the size of the March quarter’s current account deficit could see the 0.4% rise in Gross Domestic Product trimmed in tomorrow’s figures, if other parts of the national accounts don’t change.

Some economists are now saying growth could dip into the negative in the June quarter buy around 0.1% … or be positive by the same amount.

The flow of figures this week has been very different to the strength shown last week by the better than expected construction spending and business investment (which was up 3.3%, helped by the tax incentives form the Government’s stimulus packages).

Now the growth picture for the economy is very different to that late last week when a number of economists lifted their growth forecasts for the June quarter to 0.7% to as much as 1%, and brought forward the timing of the first rate rise to October-November.

The data flow of yesterday and today tell a very different story and is likely to allow the Reserve Bank to hold off a rate rise for a while longer. But it is expected to signal the looming possibility of one in its post board meeting statement later this afternoon.

The current account deficit doubled in the June quarter, as export prices fell and imports rose, a move not unexpected.

The deficit hit a seasonally adjusted $13.347 billion, worse than the $10.7 billion deficit predicted by economists. The gap widened from a revised $6.346 billion shortfall recorded in the March quarter. The ABS estimated the rise would detract 0.2% from growth in tomorrow’s national accounts.

The revision upwards in the March quarter deficit (which was originally reported at $US4.61 billion could see the 0.4% growth in that quarter trimmed.

At the time the ABS said ” In seasonally adjusted chain volume terms there was a decrease of $5,964m (87%) in the deficit on goods and services. This is expected to add 2.2 percentage points to growth in the March quarter 2009 volume measure of GDP.”

That decrease has been cut to around $4 billion in the March quarter, assuming there have been no other adjustments made. That would reduce the 2.2 percentage points added to the volume measure of GDP.

Yesterday’s larger than expected rise in business inventories in the quarter is estimated to have cut growth by as much as 0.8%, meaning that to be positive, government spending, business investment and construction spending and retail sales will have to add more than 1%.

With company profits weak and wages and salaries lower in the quarter, the private sector income side of the national accounts will be weak. The expenditure side will be influenced heavily by the Federal Government’s cash splashes in April and May, while the volume measure will be weak because of the impact of the rise in the size of the current account which is opposite to what happened in the March quarter.

But the stronger than expected nature of the construction side of the economy was again highlighted with a rise in building approvals in July, with private houses up, and a big rise in investor approvals.

The Australian Bureau of Statistics reported the seasonally adjusted estimate for total dwelling units approved rose 7.7% in July, the second rise in as many months.

The ABS said that the seasonally adjusted estimate for the value of total building approved rose 5.7% in July. 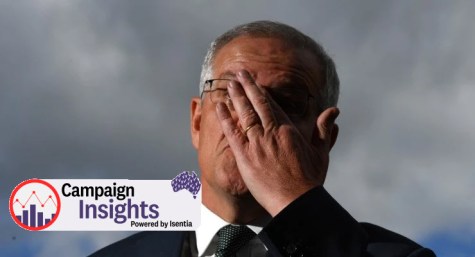 If we do this badly even with the benefit of the government stimulus, knock-on effects from the Chinese stimulus etc, it doesn’t bode well for the future. If the Chinese effect fades we will be in trouble along with everyone else. And it is hard to see how it will not falter, as the Chinese seem to be building up overcapacity rather than servicing real consumer demand from the West. The bears have been under pressure lately, but they may soon make a comeback!

Will Crikey, as a least one semi-rational voice crying in the desert, please stop using the term “negative growth?” It is a spin-doctor’s nonsense. It is an absurdity.

Please, call it what it truthfully is – a contraction, a loss, a recession , whatever. Otherwise, be prepared to use the equally ludicrous term “positive contraction” to describe the economy if / when it returns to growth.

Anything less would be a sad double standard, wouldn’t it?