Change of rules for school projects – The Australian

Mining revival may lead to rate rises – The Australian

Julia Gillard delays pain on pay penalties – Gillard has moved to address the key concerns of business over the Rudd government’s overhaul of the award system, explicitly directing that proposed extra costs for retailers be phased in over five years, and requesting more flexible work hours in the horticulture sector – The Australian

Quick on the drawl, she’s the bearpit’s rising star – Holy Toledo. Nathan Rees’s potential rival has come a long way in a short time since moving from Ohio in 1994 – Sydney Morning Herald

Schools must show gratitude, says PM Kevin Rudd – Kevin Rudd is demanding schools show their gratitude for stimulus cash handouts with roadside signs that will stay in place until after the next federal election – Melbourne Herald Sun

New laws to crack down on distracted drivers – Under the laws, announced by Roads Minister Tim Pallas yesterday, drivers will for the first time be fined $234 and lose three demerit points if any of their passengers are not wearing a seatbelt – Melbourne Age

Rudd urges end to history wars – Prime Minister Kevin Rudd has called for an end to the history and culture wars that intruded into Australia’s political debate during the Howard years. He said it was ”time to leave behind us the polarisation that began to infect every discussion of our nation’s past” – Melbourne Age

Rees keeps the soap bubbling – Editorial in the Sydney Daily Telegraph says if the NSW Premier can beat his own party and survive until the election, it will be a modern miracle. As for winning that election, though, that’s when matters will become even tougher.

Report fails to see fiscal recovery – Michael Stutchbury writes in The Australian that the first report card on the Rudd government’s budget stimulus fails on its basic assumption that the economy still needs this rush of government construction spending to stave off recession.

Kevin Rudd gives Schapelle Corby a raw deal – Jill Singer in the Melbourne Herald Sun says PM Kevin Rudd, not shy about offering his opinion on popular issues ranging from naughty photographers to wicked shock jocks, has gone strangely quiet on Corby and his Government’s failure to negotiate with Indonesia about prisoner exchange.

The sky falls in on solar industry – Dennis Shanahan in The Australian writes that the supporters of the RET legislation argue that without a target and government support such industries will not get under way without a high price being set for carbon in the emissions trading scheme. This is true. The problem is that the promises of new green jobs to replace all the old brown jobs lost will be difficult to fulfil while China, for strategic reasons – not environmental sympathy – is prepared to open its bottomless pockets and distort a world market.

Whitlam’s grandkids – Trevor Cook writing in The Australian has studied the maiden speeches of the new Labor members and says they show they are the beneficiaries and bearers of the Whitlam legacy. What really motivates them is the agenda Gough Whitlam largely created for the national parliament: health, education, community-building and social justice.

Proof needed for policy – Henry Ergas in The Australian writes that evidence is perhaps a necessary condition for sound policy, but it is far from being sufficient. We need to ask not merely whether policy does what it claims to do but whether what it does is worth doing. 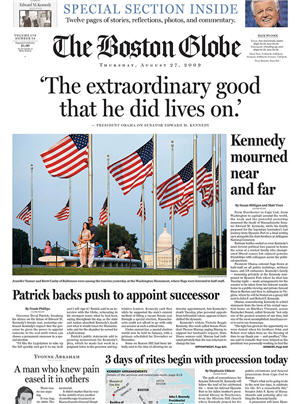 Crown records loss as US plans go awry – The Australian

Crown jewels turn to paste – A $1.7 billion write-down on assets bought by Crown, owner of Crown Casino, reveals the scale of the disaster of James Packer’s forays into the US and British gambling markets – Melbourne Age

Poachers pillaging dugong and turtles – Poachers are killing dugongs and turtles in -waters close to Cairns and are illegally selling the meat for up to $50 a kilogram. Rangers have also found rotting carcasses of the protected animals at the Yarrabah dump and nearby beaches south of Cairns this month. These are believed to be discarded by poachers after taking the “good meat” for sale – Cairns Post

Record set to tumble for hot August nights – Australia is on track for a record hot August, and this winter is likely to be the hottest on record as well – The Australian

Cut! Time for a free kick for niche Australian movies and their makers writes Rachel Ward in the Sydney Morning Herald 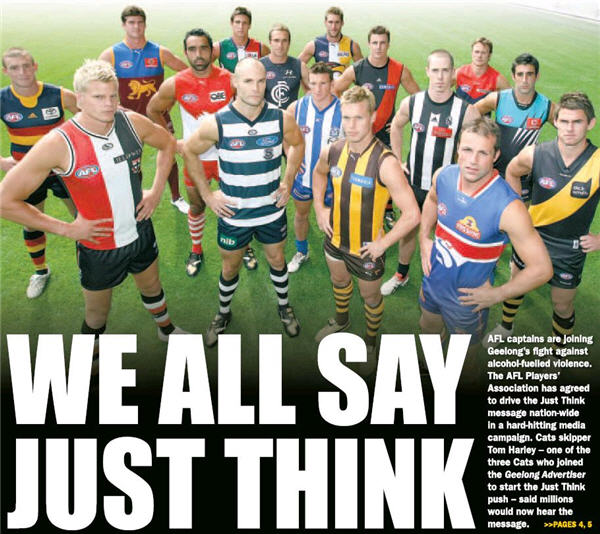 Club veteran blames licence laws and louts – the Melbourne Age gets the views of a night club pioneer.

Swine flu vaccine plan in disarray – The Federal Government’s plan to immunise the population against swine flu is in chaos because insurers may not cover doctors who administer the jab. Inadequate testing and the possibility of spreading other infections means there is too high a risk patients will sue, the insurers say – Sydney Morning Herald

The tragic face of the swine flu fight – swine flu epidemic almost brought the NSW hospital system to its knees, wiping out 5000 surgical procedures, taking up a third of intensive care beds and forcing up sick leave among hospital staff by more than 50 per cent. Health officials now believe they may have finally turned the tide but it was revealed yesterday another eight people – including five from NSW and a toddler in the Northern Territory – had died from swine flu – Sydney Daily Telegraph

Internet sex law failing – Not one convicted paedophile has been barred from using the internet in the past year, despite tough laws which were intended to “keep our children safer” – Adelaide Advertiser

Government witholds pokie ‘cheats’ identities – Eight of the 134 games approved since December 2007 have a level of volatility which is higher than what is recommended by the Australia/New Zealand Gaming Machine National Standard, but their names remain secret – Adelaide Advertiser

On gender scale, we’re more equal than others – Australian women don’t realise how good they have it compared with their sisters overseas, a new international study has revealed – The Australian