Amid all the chaos, Nathan Rees goes on holidays – Premier Nathan Rees has taken a snap holiday in the middle of the leadership crisis, leaving the running of the state to the woman tipped to take his job in a spill – Sydney Daily Telegraph

Party uprising puts heat on Brumby – Premier John Brumby is under pressure to enforce a shake-up of the Victorian ALP before next year’s state election, with Labor insiders warning that the party is riddled with branch-stacking and corruption – Melbourne Age

Stimulus boost to economy starts to fade – There are signs that the effects of the federal government’s first phase of stimulus initiatives is fading, but a leading economist says some measures have yet to be felt – Adelaide Advertiser

Budget control for federal police could cost them – By untying the AFP’s funding from specific tasks and giving the organisation greater control over how it is spent, the Federal Government will potentially free itself of a political dilemma. That is, how to wind back the AFP’s increased counter-terrorism funding under the Howard government – and re-allocate it to tasks where the organisation believes it needs it more, such as organised crime – without exposing the Government to political attack – Melbourne Age

Make 2am closing time for Melbourne nightclubs – Susie O’Brien in the Melbourne Herald Sun reckons it’s time to get tough and take action about drunken violence. So let’s take back control of our city with 2am closing a starting point.

Friendly banter in the back channels that nurture an alliance – Peter Hartcher of the Sydney Morning Herald hears some jokes at a meeting of the Australian American Leadership Dialogue.

No need to be concerned about hurting China’s feelings – says Gerard Henderson in the Sydney Morning Herald.

Time to break the silence on a last taboo – Jo Robinson and Patrick McGorry argue in the Melbourne Age that refusing to talk about suicide can do more harm to those at risk.

Libs in plot without a protagonist – Dennis Sshanahan writes in The Australian that everyone wants a piece of Malcolm Turnbull, and nobody wants his job.

Enter the wilderness – Malcolm Colless in The Australian believes it is the prospect of losing seats and going backwards that is keeping the leadership issue on the Liberal Party agenda, as it steels itself for the next election, whether it comes early or on schedule at the end of next year.

Back to bad old days – Michael Stutchbury writes in The Australian that Julia Gillard’s new industrial relations umpire has begun to ban businesses from directly talking to their own employees while being forced into “good faith” bargaining with unions.

Goodwill offers a rich yield – The Prime Minister’s brother Greg Rudd wearing his new as a China consultant offers some rather homespun advice on how China and Australia should treat each other. 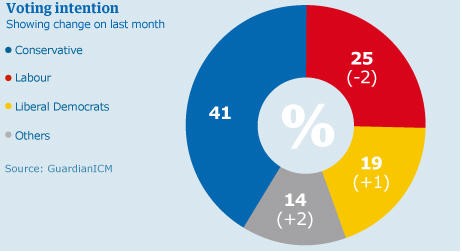 ASIC to get big teeth – Australia’s securities and investment watchdog will gain sweeping powers from late next year, and the stock exchange will be stripped of its regulatory role as it faces the possible loss of its trading monopoly – The Australian

Africa seeks global warming compensation – African eaders will ask rich nations for $67 billion per year to address global warming, according to a draft report being considered by the African Union – Melbourne Herald Sun

Honda looks to release electric cars on U.S. market – Automotive giant Honda is looking to start putting electric vehicles (EVs) on the U.S. market early next decade, with Nissan and Toyota putting their own EV offerings on sale in 2010 and 2012 respectively – Mainichi Daily News

Ambulance officers ion Queensland ‘on grog run’ while patient ignored – A man having a seizure waited for an ambulance while a paramedic went to the pub to pick up alcohol for an office party that degenerated into a racial brawl. The Brisbane Courier Mail continues an investigation in to the ambulance service.

Give me power to shut bars, urges Doyle – Lord Mayor Robert Doyle wants the power to shut bars and pubs earlier and further limit patron numbers to stop venues releasing violent drunks on to the street. Cr Doyle said Liquor Licensing had failed to crack down on city venues and the Government’s extension of a freeze on new late-night venues would achieve nothing as violent attacks, including the assault of a police sergeant at the weekend, had continued under the ban- Melbourne Age

Criminals should pay court costs: Magistrate – Judges should be allowed to force wealthy criminals to pay some of the taxpayers’ costs of convicting them, Deputy Chief Magistrate Andrew Cannon says – Adelaide Advertiser

More Queensland hospitals drop abortion – The revolt by Queensland’s doctors widened yesterday, as another two public hospitals reportedly withdrew medical abortion services and a pregnant woman was sent to Sydney for treatment scrapped by the state’s biggest hospital – The Australian

Wednesday is the day for tanking: watchdog – Petrol consumers should take note: the weekly price cycle has shifted and for most of this year the cheapest day has been Wednesday. The weekly cycle, which in the past resulted in most fuel in Australia being sold on a Tuesday, began to shift in December – Melbourne Age

20,000 telco complaints every month – Irate telco customers are flooding the industry watchdog with 20,000 complaints a month, prompting a warning to carriers to lift their game – Melbourne Herald Sun