The most beautiful thing that ever lived? Meet a super activist in Vogue 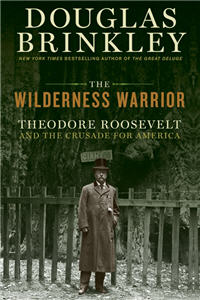 The Wilderness Warrior – How a city-born child of privilege became one of the greatest forces in American conservation is the subject of Douglas Brinkley’s vast, inspiring and enormously entertaining book, “The Wilderness Warrior: Theodore Roosevelt and the Crusade for America” reviewed by Jonathan Rosen. The subtitle is telling – the crusade for America, not “wild America” – because for Roosevelt, living forests and petrified forests, bird preserves and buffalo ranges were essential for the country’s survival as a moral and military power.

The Rise and Fall of Donald Rumsfeld – ‘By His Own Rules’ – a book by Bradley Graham is reviewed by Christopher Caldwell who finds a study of Donald Rumsfeld, a master bureaucratic infighter, vain and peremptory, but sometimes effective and astute.

THE NEW YORK REVIEW OF BOOKS

Iran: The Tragedy & the Future by Roger Cohen
The least that could be said, in the sunny morn after Mahmoud Ahmadinejad’s emphatic reelection as president of Iran, was that festivities of the kind associated with a victory by two thirds of the vote were on hold, discarded in favor of a putsch-like lockdown. A central question over the coming months will be whether the president and the Supreme Leader can tough it out in an atmosphere of near martial law.

Knossos: Fakes, Facts, and Mystery by Mary Beard
Instantly recognizable with its squat red columns, ceremonial staircases, and “throne rooms,” Knossos is the second most visited of all archaeological sites in Greece, attracting almost a million visitors each year. Yet none of those columns are ancient; they are all restorations, commissioned in the first half of the twentieth century by Sir Arthur Evans, the British excavator. 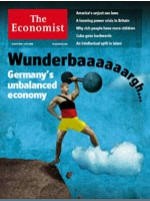 Three different covers on London’s The Economist this week. In Australia, like most of the world outside the United States and Britain, it was illustrating a story on the German economy.

The British edition British edition asks “How long till the lights go out?“. Britain’s government has lectured the world about energy liberalisation and greenery, but it has utterly failed to plan for life after North Sea gas. Blackouts loom.

In the US edition The Economist looks at America’s unjust sex laws, which it believes are unnecessarily harsh and counterproductive: some 670,000 people are now on registries of sex offenders, more than the population of several states-and many are there for doing things that, though unwise, hardly justify a lifetime of persecution. Yet the political pressure for still tougher restrictions continues. 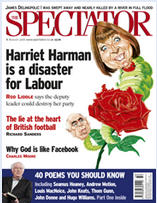 The Great Football Myth – Richard Sanders writes that as a new football season begins, and a sporting legend (Sir Bobby Robson) passes away, it seems the right time finally to expose the big lie at the heart of football. Though it’s universally assumed that the modern game was created by the upper classes, who took the rough-and-tumble kickabout beloved of common people and refined it into the world’s best-loved sport, in fact the opposite is true.

Harriet Harman Is Either Thick Or Criminally Disingenuous – Labour’s deputy leader is tipped to succeed Gordon Brown, says Rod Liddle. But her vacuous feminism, her reflex loathing of men, her lack of interest in real statistics and her worrying links with trade unions would spell disaster for the party.

The Mysterious Downfall of the Neandertals – Kate Wong writes that paleoanthropologists know more about Neandertals than any other extinct human. But their demise remains a mystery, one that gets curiouser and curiouser.

Is There a Place for Nuclear Waste? – Matthew L. Wald writes Yucca Mountain was supposed to be the answer to the U.S.’s nuclear waste problem, but after 22 years and $9 billion, that vision is dead. Now, some say that doing nothing in the near term may be the smartest solution. 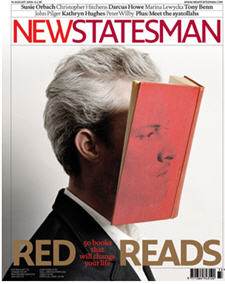 Red Reads – 50 books that will change your life with recommendations from Tony Benn, Susie Orbach, Christopher Hitchens and Marina Lewycka.
And number one is?
The Black Jacobins – C L R James (1938)

The Caribbean working classes were on the move throughout the 1930s. Agitators invoked anti-colonial sentiment, which spread throughout these tiny islands. Amid this turmoil, in 1932, C L R James left Trinidad with a manuscript, The Case for West Indian Self-Government, in his suitcase. Published as a pamphlet in 1933, this challenged the colonial dictum that the Caribbean peoples were socially and culturally backward – savages, simpletons and rather childish fellows. His polemic was sharp and unyielding. He quoted Lord Oliver, a former governor of Jamaica: “The African, whether at home or even in exile after the great hiatus of slavery, shows practical shrewdness and aptitude for the affairs of local government. His legal acumen is higher than that of the European.” The foundations for The Black Jacobins were laid.

C L R chose, as the focus for his ideas, the Haitian Revolution of 1791-1804, when the slaves rose up against, defeated and declared independence from France. His tome is not an example of the leisurely historical writing of an academic. It is a revolutionary intervention, matched only by the creative guerrilla war launched by Haitian slaves under the leadership of Toussaint l’Ouverture and, finally, the mass insurrection that broke the back of slavery in the Caribbean. From the publication of The Black Jacobins to this day, Caribbean peoples and activists, including myself, have drawn strength and clarity from the work as we hastened our way to independence, and as we continue to challenge European governments on issues of race and post-colonial domination.

I must declare a personal interest here: C L R’s grandfather was my great-grandfather.
Darcus Howe

The Courthouse Ring – Atticus Finch and the limits of Southern liberalism – by Malcolm Gladwell
The conclusion: A book that we thought instructed us about the world tells us, instead, about the limitations of Jim Crow liberalism in Maycomb, Alabama. 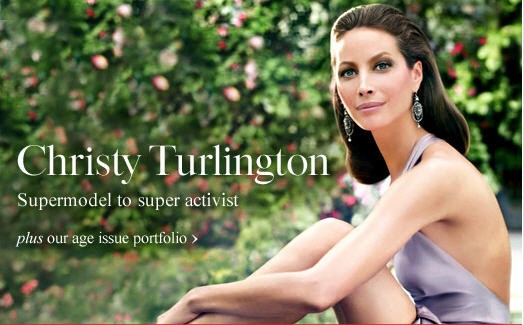 beauty and soul – Christy Turlington is getting a master’s degree at Columbia and making a documentary on the risks of maternity in developing countries. Joan Juliet Buck meets the super role model. Learn about Christy Turlington, described as the most beautiful thing that ever lived, an angelic being, a freak of nature, turned 40 last January. She’s evolved from a working emblem of perfection to the less glamorous role of improving the fate of mothers in the developing world. 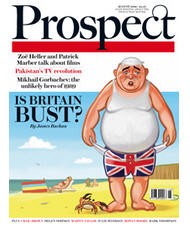 Is Britain bust? asks James Buchan. For 300 years our best minds have fretted over the threat of national bankruptcy. As government debt surges upwards, they are doing so again. How worried should we be?

When Patrick met Zoë by John Nathan
Playwright Patrick Marber wrote the screenplay of Zoe Heller’s book Notes on a Scandal. Both writers talked to John Nathan about the painful process of turning a novel into a film