Turnbull’s ego is at the heart of Utegate backfire

Malcolm Turnbull’s argument that he was the victim of a public servant who had quietly gone off the deep end is sound, but the problem lies in how he handled the affair once it blew up in his face.

Malcolm Turnbull’s performance yesterday hasn’t exactly won rave reviews from the press, still, it was better than Tony Abbott’s on the 7.30 Report, where the next leader of the Liberal Party was alternately lost for words and sticking to the now officially-debunked claim that the Government was involved in “crony capitalism”. Was Christopher Pyne not available?

Turnbull’s argument that he was the victim of a public servant who was well-regarded but who had, unbeknownst to anyone, quietly gone off the deep end, is sound. You can quibble about whether Grech’s over-familiarity with the Leader of the Opposition in personal emails looked a bit odd, and the fact that at least someone in the Opposition might have wondered whether they were going to claim the scalp of Kevin Rudd on such a trivial matter. You can question whether Turnbull himself should have led the attack.

But what are Oppositions in a parliamentary democracy supposed to do when a trusted public servant presents evidence of impropriety? Obsess over due process? Call in IT specialists to check that the person who claims to have received an email is being honest? Should they have borrowed Kyle and Jackie O’s lie detector and strapped Grech in that night at Potts Point?

Turnbull would have been remiss not to have pursued the Government on the basis of Grech’s claims.

The problem lies in how Turnbull handled the affair when it blew up in his face. Like his political nemesis Kevin Rudd, Turnbull has a raging ego. Unlike Rudd, he appears unable to subordinate it to his political interests. Given Turnbull and Abetz’s interaction with Grech, the revelation the email was a fake on that fateful Monday should have been the cue for a retreat under fire and an acceptance that, having been fooled, it was time to cut their losses.

But Turnbull’s reaction was to tell falsehoods, to complain about the media being distracted by Rudd, and to head off any investigation of how the Liberals had handled it.

He has persistently claimed — and repeated yesterday — that no attack was made on the Prime Minister until after Godwin Grech’s Senate appearance on 19 June. The Hansard shows Eric Abetz accusing the Prime Minister of favouring John Grant and suggesting he resign on 4 June during Senate Estimates. Turnbull keeps claiming that Kevin Rudd has “accused me, without any basis in fact, of having forged this email.” Rudd has never done any such thing — indeed, has been careful to confine his comments to claiming that the Liberals had questions to answer about their role in the production or dissemination of the email.

And it was the Liberals who — with that jibbering idiot Steve Fielding — prevented a Privileges Committee Inquiry into Senator Abetz’s knowledge of the email, while pushing a bizarre inquiry into the treatment of Grech.

It now looks like that inquiry has only been delayed rather than stopped. The Opposition will struggle to credibly oppose an inquiry into Eric Abetz’s role in the OzCar inquiry and the elaborate scripting that occurred prior to Estimates. Even Barnaby Joyce wasn’t ruling an inquiry out this morning.

None of this has helped. Instead, it has merely raised questions about Turnbull’s lack of judgement, particularly when he’s under fire — the sort of judgement Rudd coolly displayed himself back in June. If anything, Turnbull’s efforts to obscure what happened have only made things worse, particularly in light of the Auditor-General giving Rudd and Swan a clean bill of health.

Turnbull would have been better advised declaring that he was misled, apologising to Rudd and Swan for accusing them of corruption, muttering something about “improved internal processes” and trying to move on.

He should also demand Eric Abetz’s scalp. This disaster has occurred on Abetz’s patch and Abetz falling on his sword for humiliating his leader, while not fair, might serve to bring an end to things. It might also be the equivalent of throwing some meat to the Press Gallery, where the right-wing Tasmanian isn’t exactly loved.

One afternoon in Parliament: tables turned on Turnbull

The emails that weren’t a Godsend for Treasury 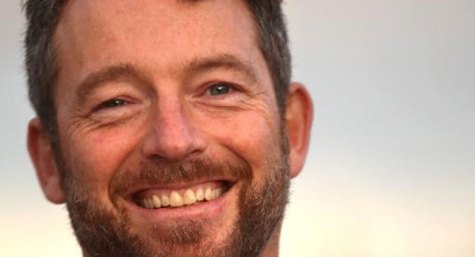 abbott’s performance wasn’t funny, it was mesmerisingly awful. and turnbull’s finger-pointing at godwin grech and “who, me?” lines only serve to highlight what a dissembling coward he is. and now we have erica betz humiliating his boss and himself all over again today with his usual bluster and bombast. what next? the dog ate my breakfast?

and to write that there was nothing wrong with how turnbull prosecuted the case is equally sad. he failed at the first step: check your facts. after failing to do that he got everything he deserved.

May I propose the following term …

CROW HEDGING (verb) of politicians to squawk loudly and pointlessly at each other, then point at someone else when anyone pays any attention [anagram: Godwin Grech]

I thought Abbott did very well on the 7.30 report and it struck me that alot of Turnbull’s more ‘natural’ allies on the Left within the party were AWOL when they should have been going to bat for their besieged leader. It says much for Abbott that he is still clearly the Liberal party’s ‘go-to’ man.
I agree Turnbull erred in his management of this whole affair, though I think it a reasonable point to make that if the senior public servant, overseeing a 2 million dollar scheme, comes to you and says, I think this scheme is being rorted, you’d be inclined to accept what he stated as correct. After all, he’s a goverment appointed person, and should be across the detail.
What intrigues me is why this report is said to exonerate the Treasurer. I understand the report suggested that Treasury had behaved “imprudently”, which is a diplomatic way of saying Treasury’s conduct is on the nose. Unless I’ve missed something, the conduct ‘buck’ for a departments mishandling of any issue stops with the appropriate Minister.
Just ask Joel Fitzgibbon. His department mishandled the payment of salaries to soldiers being shot at overseas, despite the Minister instucting the department to correct the problem, and Fitzgibbon carried the ‘can’, earning a rebuke from Rudd. Strange world, the political world!

MR SQUID: I couldn’t agree with you more. To put Malcolm the Mad’s performance in sporting terms (Labor, at a canter, is four sets to love, four games to love, and forty-fifteen with their man, Roger Federer to serve). It’s all very well that this little man with the strutting walk, allows himself to hate Kevin Rudd. But when he does so to an extent that he will lie, cheat, steal and dob in whomsoever he pleases, (Godwin Grech) all that emerges is a sham and an amateur sham at that. He’s like a blowfly, annoying but with a transferable disease under his feet. Better to be stomped on ASAP.

Tony Abbotts performance would have been very funny, had the issue been played for comedy.

‘But what are Oppositions in a parliamentary democracy supposed to do when a trusted public servant presents evidence of impropriety? Obsess over due process? Call in IT specialists to check that the person who claims to have received an email is being honest? … ‘

Err … Yes! He’s gunning after the bleeping PM, of course he has to double check! The ‘I had no idea he might not be telling the truth’ line is really feeble. The guy comes from the IT industry and one of his state leaders was stung by just such a scam. It may have delayed proceedings for 24 hours or so, but with the stakes so high surely it would have been prudent.