Rudd or Turnbull — who’s right on the GFC?

Prime Minister Kevin Rudd likes to take the credit for steering Australia through the GFC, but Malcolm Turnbull says Australia's results are thanks to John Howard's legacy.

One of the great divides of the John Howard years was the so-called history wars — the dispute over the way Australia was settled, and whether the oppression of the indigenous people amounted to attempted genocide, or could be dismissed as a blemish, in Howard’s own words.

The two versions became known respectively as the Black Armband and White Blindfold views, and the tension between them has never been resolved. However a lot of the heat went out of the conflict with the defeat of the Howard government and Kevin Rudd’s subsequent apology to the stolen generations, and it was generally thought that a more or less permanent truce had been declared.

Now, however, the battle has been rejoined on a different front. This time it is not an debate about the rand narrative of settlement, but a squabble over who and what caused the global financial crisis, how bad it is and how much worse it’s going to get.

Our great essayist Kevin Rudd insists that it was the dastardly neo-liberals, among whom he includes Howard and his colleagues, whose reckless greed brought the system down: he, as a true economic conservative, took prompt and decisive action along strictly orthodox Keynesian lines, and as a result Australia is better off than any comparable country — although there is still pain to come.

Malcolm Turnbull, backed up by Tony Abbott and (at a discrete distance) Peter Costello, insist that this is nonsense: Rudd is no conservative but a power-crazed socialist spendthrift who has mishandled everything. The reason Australia is looking pretty good is a legacy of last government, which far from being a pack of rabid free-marketeers, in fact put a sensible regulatory framework in place and thus protected us from the excesses of places like America.

And in any case, this crisis was never as bad as Rudd paints it: the recession of the 90s was far worse. Rudd has over-reacted and now we will all pay the price.

It has the makings of a good argument, but it also has its weaknesses. Sure the statistics of the 90s look very bad compared with the present lot: unemployment hit 10 percent and stayed there for nearly two years, while this time around it is expected to peak at 8.5 or less. But Rudd would argue that is simply because both the Reserve Bank and the Treasury were too slow to act in the 90s. It is the immediate stimulatory blitz that saved us this time.

As for Howard being the true conservative — well, that’s not even how he described himself. He always said he was a social conservative but an economic liberal. But in practice he more of an opportunist. WorkChoices was indeed a liberal, even neo-liberal policy, but a ruthless vendetta against organised labour hardly an economic philosophy; in Howard’s case it was little more than a personal obsession.

On the wider economic front Howard rejected both the liberal approach of using the windfall surpluses of the mining boom to fund across the board tax cuts and the conservative approach of investing them in savings or infrastructure preferring to spend them on carefully targeted welfare payments.

A genuine neo-liberal, Des Moore of the Institute of Private Enterprise, was moved to comment: “It is absurd to have 2.7 million, or 20 percent of the working population, receiving income support compared with only 15 percent at the end of the 1980s and 4 percent in 1969. Social assistance benefits now contribute 14.3 percent of gross household disposable income. This compares with just 8 percent under Whitlam.” Howard nearly twice as bad as Whitlam! That must have hurt.

In fact, Howard’s welfare profligacy was such that Treasury now estimates that the economy had actually gone into structural deficit at the end of 2007, with the boom still going full blast. So the idea of Howard as the cautious, provident manager does not stand up.

But that does not negate the question about whether Rudd has been too extravagant, running up too much debt too fast. There is no doubt that the spending packages have reduced unemployment, but it has not been cheap. A couple of months ago the opposition used Treasury figures to claim that every job saved by the stimulus measures had cost $260,000. The dispute over whether the money was well spent will ensure that the new history wars will run for a while yet.

History was also on display at the Labor Party’s national conference, and by all reports it was about the only thing that was. Here was much reminiscing about he bad old days of opposition and how good it was to be in government, and a wave of nostalgia as Bob Hawke took the stage to receive his well-merited life membership badge.

But the media were universally disappointed. It wasn’t, they complained unceasingly, like the grand old conferences of yesteryear. Well no, it wasn’t: these things change and evolve. The problem was that many of the commentators obviously don’t. They came to Darling Harbour like police roundsmen converging on a crime scene, demanding s-x and violence, blood and guts.

“Bring back the biff!” they chorused as most of the disputes were settled in a more or less civilised fashion behind closed doors and everything on the conference floor was sweetness and light. Such was the lack of aggro that the debate on gay marriage, a fringe issue that was already locked up anyway, became the epicentre of hostilities.

The fact is that conference has reformed. It is now more an excuse for a tribal gathering that a forum for serious policy formulation. That still goes on, but in smaller and more manageable conclaves, such as the kitchen of The Lodge. These days the best place to find a political stoush is in the opposition party rooms. And come to think about it, it was ever thus. Government is a great pacifier. 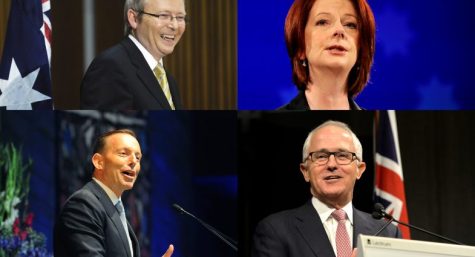 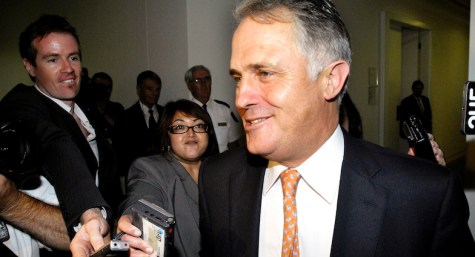 It freaks me a little, to hear neo-conservatives described as neo-liberals.

It freaks me a lot to know the Liberal Party was conjured up by Gordon Menzies and used to hide one of the Western world’s most conservative parties ever! 🙁

They are both wrong. The conservatives are wrong to claim it should be business as usual as it is their policies that caused the meltdown in the first place. The progressives have placed a band aid of debt over a gaping wound that will just continue to bleed without a paradigm shift. For over ten years western economies have been driven by consumption in the house hold sector. This consumption has been powered by debt and is unsustainable. Until these debt issues are addressed and a new driver has been found for the economy we are destined for a protracted downturn. Things may be ok here but if the rest of the world does not recover then we will be dragged down too…its a globalised economy people.

It was recently announced, apparently without sheer terror & foreboding, that over 70% of the US GDP was services & consumption, aka ”taking in each other’s laundry”. Hardly sustainable in any alternate universe or where ever the BtRs apparently live.
I doubt that Oz’s GDP/consumption ratio is wildly different, given that the Rodent couldn’t think outside the square, seeing only the Pentagon, and $weety was too lazy/gutless/in agreement to bothere suggesting any other strategy for dealing with the Seven Fat Years.

My above comment was meant to read Robert Gordon Menzies. Of course everyone would know. But it doesn’t look good to have left out his first name.