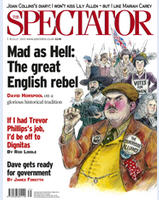 Ready To Rebel? You Are Part Of A Glorious Tradition – The Spectator
Angry disenchantment with the political and financial establishment has rarely been deeper. David Horspool says that the English rebel – culturally affronted rather than ideologically left-wing – is an honourable archetype of our nation’s history 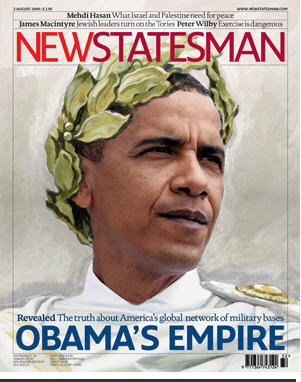 Obama’s empire by Catherine Lutz in  the New Statesman
The 44th president of the United States was elected amid hopes that he would roll back his country’s global dominance. Today, he is commander-in-chief of an unprecedented network of military bases that is still expanding.

Two cheers for the US empire! by Thomas Donnelly, The New Statesman
What is historically distinct about US power is that it has quite remarkably enabled the spread of human liberty and representative government, through time and across cultures.

The Books Interview: A L Kennedy talks with Jonathan Derbyshire, Culture Editor of the New Statesman.

Iran: The Tragedy & the Future by Roger Cohen in the New York Review of Books
The least that could be said, in the sunny morn after Mahmoud Ahmadinejad’s emphatic reelection as president of Iran, was that festivities of the kind associated with a victory by two thirds of the vote were on hold, discarded in favor of a putsch-like lockdown. A central question over the coming months will be whether the president and the Supreme Leader can tough it out in an atmosphere of near martial law.

The News About the Internet by Michael Massing in the New York Review of Books
An interesting assortment of Books, blogs, Web sites, and essays are discussed in this article which argues the practice of journalism, far from being leeched by the Web, is being reinvented there, with a variety of fascinating experiments in the gathering, presentation, and delivery of news. And unless the editors and executives at our top papers begin to take note, they will hasten their own demise.

The bombings at the JW Marriott and Ritz-Carlton hotels were aided by an insider. There were holes in the security system.

Shot in the Dark – Tempo
Papua is sill tense. The mystery shooters are not yet revealed. 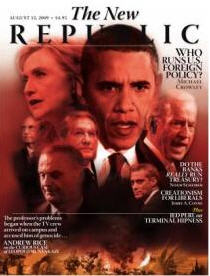 The Decider – Who runs U.S. foreign policy? by Michael Crowley in The New Republic
You might call the president’s fixation on process the latest iteration of “No Drama Obama”–a continuation of the radical discipline Obama’s team honed during the 2008 campaign, when the candidate required his advisers to hash out debates in structured internal settings and, then, to fully support his final decision. 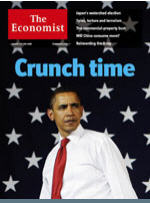 What now for Obamacare? – The Economist
The president’s plan to overhaul America’s health system hits turbulence in Congress

Sloppy food labelling? You’d better believe it – Editorial, New Scientist
“MAY contain nonsense” might be a useful warning to append to food labels. Only 10 per cent of products in the US labelled “may contain nuts” actually did, according to a recent study. Conversely, an examination of European chocolate found that half the products with no allergy warning contained hazelnut.
The problem is only a part of a wider confusion over food allergies, but it is probably the most serious. One danger is that warnings lose all credibility, so susceptible consumers will start to ignore them even when they flag up a real risk

Food allergies get curiouser and curiouser by Andrew Watson, New Scientist
For adults and children over 3 years old, hazelnuts and apples turn out to be the most common triggers of food allergies in Europeans reporting to clinics – not peanut allergy, as many people might expect. … Peach and melon allergy is particularly common in the Mediterranean … Iceland is a hotspot for fish allergy and Switzerland has a higher rate of celeriac allergy than elsewhere. 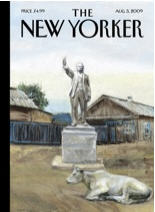 ANNALS OF READING: – A NEW PAGE – Can the Kindle really improve on the book? by Nicholson Baker, the New Yorker
Amazon is very good at selling things, but, to date, it hasn’t been as good at making things.

DEPT. OF EDUCATION: Home Run by Rebecca Mead, The New Yorker
For Mary Albert, who recently appeared in a musical production of “Snoopy!!!” as Sally Brown, Charlie Brown’s little sister, the challenge lay in embodying her character’s notoriously ambivalent relationship to the classroom, since Mary, who is twelve, has never actually been to school.