Mall mums to the economic rescue

The pick of the morning's stories 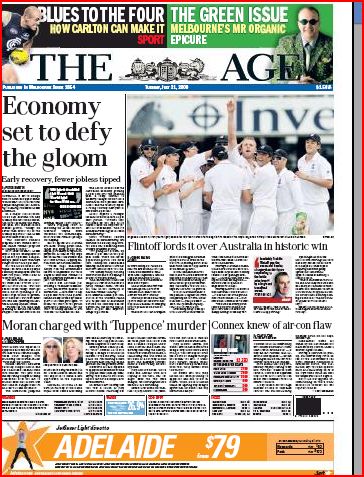 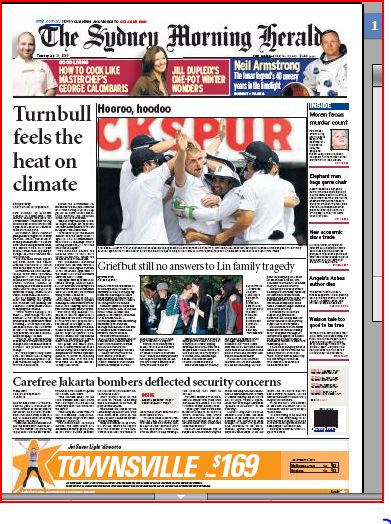 Downturn in NSW will be milder than feared, study says – Sydney Morning Herald on an Access Economics forecast

Ex-Labor lobbyists may be forced to reveal success fees – Labor-dominated lobbying fraternity could be forced to reveal the lucrative “success fees” they pocket for securing government contracts. Premier Anna Bligh yesterday insisted she would prefer outlawing the questionable practice altogether, but legal advice indicated such a move may be difficult- Brisbane Courier Mail

Evans vows to tighten study rules -Immigration  minister, Chris Evans, has begun a crucial visit to India with a frank admission that recent problems experienced by Indian students in Australia have exposed failings in the immigration and education systems –Sydney Morning Herald

Ruddock under threat from the right – The former attorney-general Philip Ruddock is almost certain to be challenged for preselection for his safe seat of Berowra. Furious number crunching is going on inside the northern Sydney seat before an anticipated challenge by the Liberal Party’s conservative faction. The former Young Liberals president Noel McCoy is the most likely challenger – Sydney Morning Herald

GST deal hurts NSW, says Rees -Premier, Nathan Rees, says NSW stands to lose “hundreds of millions” from a proposed new carve-up of GST revenue that would give Western Australia and Queensland money that had been earmarked for NSW and Victoria – Sydney Morning Herald

Liberal history ambushed by left-wing pundits – Gerard Henderson in the Sydney Morning Herald looks at the SBS series Liberal Rule: The Politics that Changed Australia, and finds, once again, the Liberals have allowed themselves to be analysed by their critics. This also occurred with the 2008 ABC1 production The Howard Years.

A Faustian pact with China as it goes for growth – Michael Stutchbury in The Australian describes it as a deal with the devil but we have a huge vested interest in the Middle Kingdom’s success.

Bomb mastermind Noordin Top may have checked into Marriott – The Australian

Partner in bomb plot may be Noordin Top – The Australian

New wave of terror snuck under the radar – The Australian

Trying to govern without the numbers