Terror and turmoil over a long haul 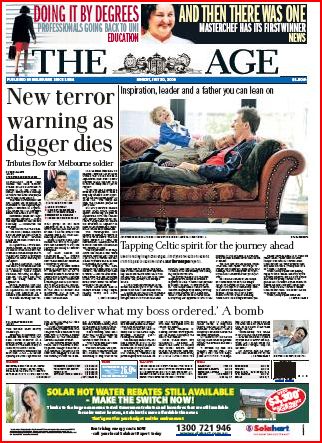 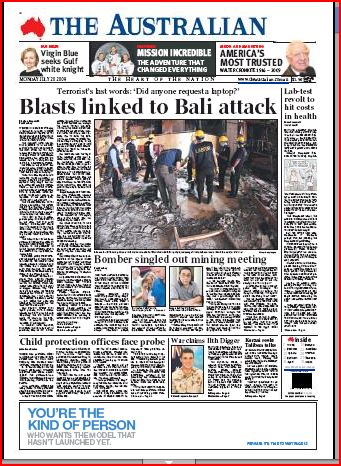 Wages to rise above inflation – The Melbourne Age

Premier overruled budget advice – NSW Treasurer, Eric Roozendaal, and the Premier, Nathan Rees, appear to have misled the public in the budget after ignoring advice from senior Treasury officials. The words “can’t verify” appear on early speech drafts next to several job-creation claims. Despite this, many claims still appeared in Mr Roozendaal’s speech and have since been used in Mr Rees’s statements and Government advertising – Sydney Morning Herald

BHP duo press their claims for top post – former chief executive of Ford, Jacques Nasser, and the chairman of the Commonwealth Bank, John Schubert, will push their respective cases this week on why they should succeed Don Argus and become chairman of Australia’s biggest miner. Succession planning for one of corporate Australia’s most prized positions is under way even though Mr Argus, who turns 71 next month, is yet to indicate when he is likely to retire Sydney Morning Herald

Chocolate delights make MasterChef – and the winner is … – The Australian