Weekend magazine reading: from the truth about calories to splits in Iranian Shiism

Some ideal weekend reading from the world's magazines

What went wrong with economics – The Economist 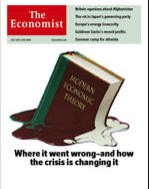 Canada’s best and worst run cities – Macleans, Canada
Maclean’s exclusive survey of the best and worst run cities, compiled by the Halifax-based Atlantic Institute for Market Studies, looks at a city’s efficiency-the cost of producing results-and the effectiveness of its services, including how well each city does when it comes to things like maintaining roads and parks, picking up garbage and putting out fires. And the winner is? Charlottetown.

Why do you leave the one you love? – Macleans, Canada
Mark Steyn writes on Canada’s Dominion Day of how our ‘funny creative people’ adore our social safety net, not that they stick around to use it. 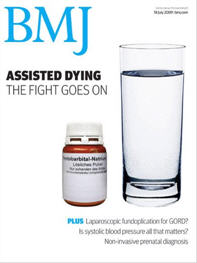 Editorial: The burning truth about calories – New Scientist
With obesity rising across the developed world, you’d think the revelation that food labels get their calorie content wrong would lead to an outcry and calls for a change. Well, you would be wrong. The UN Food and Agriculture Organization (FAO) looked at the issue a few years ago and decided to do nothing. That means that the calorie counts recorded on the packages in your shopping cart may be out by up to 25 per cent.

Politics of the plate: tosic strawberries – Gourmet
Barry Easterbrook writes that California’s governor will soon decide whether to approve a new—and possibly very dangerous—pesticide for use on this beloved summer fruit. 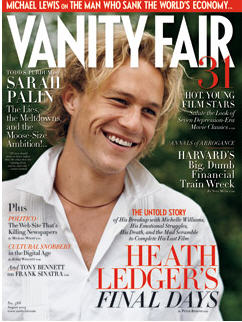 It Came from Wasilla – Vanity Fair
Despite her disastrous performance in the 2008 election, Sarah Palin is still the sexiest brand in Republican politics, with a lucrative book contract for her story. But what Alaska’s charismatic governor wants the public to know about herself doesn’t always jibe with reality. As John McCain’s top campaign officials talk more candidly than ever before about the meltdown of his vice-presidential pick, Todd S. Purdum tracks the signs-political and personal-that Palin was big trouble, and checks the forecast for her future. 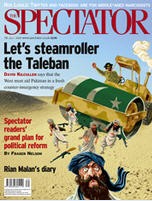 For Answers To The Afghan-Pakistan Conflict, Ask: What Would Curzon Do? – The Spectator
David Kilcullen, the influential counter-insurgency strategist, seeks inspiration in Curzon’s experience as Viceroy of India to assess what Pakistan must do to deal with the extremist threat – and how Nato can help drive the ‘steamroller’

Make no mistake, this imperial war in Afghanistan cannot be won – New Statesman, UK
The magazine’s leader recalls that the magazine warned in 2001 that this conflict could put Britain and the US on the wrong side of the moral argument. There is no military solution to the conflict… Politicians argue over the number of helicopters and Land Rovers at the disposal of British troops serving in Helmand, labouring under the misconception that superior firepower will eventually win the day. It will not – and it is fanciful to suggest otherwise. There is no military solution to the conflict in Afghanistan. 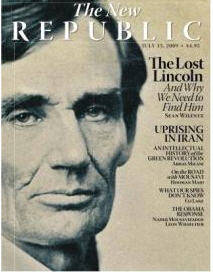 Who Lincoln Was – The New Republic
Sean Wilentz writes of who he was and was not: the images and illusions of this momentous bicentennial year.

The New Democrats – The New Republic
Abbas Milani writes of an intellectual history of the Green Wave – how two rival ayatollahs reacted to the challenge of the Constitutional Revolution of 1905 would divide Iranian Shiism–and lay the groundwork for what is taking place today.