The art of reel time

A friend said it was “fun” so we eventually saw State of Play. Rattling along, it did turn out to be a kind of sophisticated, adult fun – just don’t follow the plot too closely or ask why the core interest swings from military industrial complex to single villain simplex. It also makes the case […]

A friend said it was “fun” so we eventually saw State of Play. Rattling along, it did turn out to be a kind of sophisticated, adult fun – just don’t follow the plot too closely or ask why the core interest swings from military industrial complex to single villain simplex. It also makes the case for permanently keeping Russell Crowe on a movie set – so excellent when he is being someone else.

One thing did nag at me, and it is a recurrent nag I recognise from other films in the action/thriller genre. For our desk jockey hero, time is an expandable file. With the deadline before him, the Crowe character bends his alloted 8-hour space-time into a week-long pretzel – which is how long it would take a normal journalist-sized human to accomplish all his tasks – and saves the day.

The beautiful French film Summer Hours begins with a summer party in a country house, and ends there with another summer party. In between a year passes, with the death of the matriarch of the house. Part of the magic of this film, what grounds the sentimental and makes it touching, is the sense of living – and here, dying – time.

The sui generis Samson & Delilah is a marvelous example of reel time, a clock beat in time with its heart, rather than racing for the finish line. It is hypnotic.

The odd effect of movie time is, let us say, Einsteinian. When Hollywood pulls off one of their great car/spaceship/gun chases it bellow pumps the pulse; we want to air-punch and yell, Yeah! And yet, emerging from the dark I feel like someone has just excised two hours from my life – there is now a movie-length gap in my continuum, leaving just a tendril aroma of sulphurous popcorn in that void.

Some movies use time merely as a space to show the wares – the plot, stars, big budget effects et al. A film in which time plays out, as in Samson & Delilah (however confronting I found it) made me feel like I had lived inside the time. Time is part of the film’s meaning, which is to say: this time is about life, not a detour from life.

Obviously this has to do with emotional affect, which doesn’t make it any less mysterious. But Einstein* has an elegant formula for this too: ‘Sit next to a pretty girl for an hour and it feels like a minute; sit on a hot stove for a second and it seems like an hour.’ (Ah, no, I don’t quite see how that analogy works here, either.)

*Apocryphal, but “our Einstein” can stand in for extreme intelligence or understanding, in the same way that “our Cate” stands for extreme grace and talent. And “our Les” stands for grotesquely gigantic poetic gifts … mmm.

The most eye-opening show of Aboriginal art ever

Alain de Bott to critic: “I will hate you till the day I die” 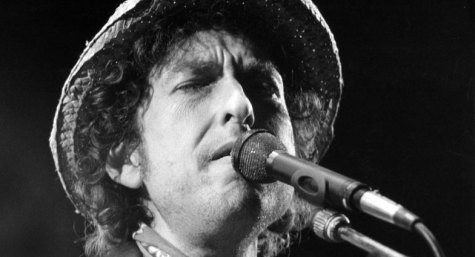 Bob Dylan should not have won a Nobel Prize for literature