Shane Maloney: I am a leech on my readers

If the Productivity Commission's recommendations on parallel book imports are implemented, it would be an act of sheer vandalism on an otherwise healthy industry, writes author Shane Maloney.

Last January, I went into a bookshop in Queenscliff and found multiple copies of several of my novels on the shelves. They were American hardback editions of books. At $26, they were a steal. Literally.

The books were remainders, probably bought for next to nothing. The bookseller stood to make a considerable margin. I stood to earn nothing, since no royalties were payable. My Australian publisher stood to lose a sale.

The bookshop was acting contrary to the current parrallel import regime. But the Productivity Commission has just recommended that exactly this kind of dumping onto the Australian book market be allowed.

Sometimes I wonder if I’m not in the wrong line of work. The Australian says I am a leech on my readers. Bob Carr reckons that little kiddies in Penrith are illiterate because of my unbridled greed. Dymocks, Target, Woolworths and Coles think it would be best for everybody if I worked for nothing. According to the Productivity Commission, I should be stripped of my property rights, given a taxpayer-funded grant and forget about trying to build an international readership.

Writing a novel is an act of hope. You hope it is good. You hope it will be published. You hope critics will like it and people will read it. You even dare to hope you might make a little bit of money from it. You hope your publisher might make a bit of money so they’ll want to publish the next one. So even in the nutty slab of ideological boilerplate released yesterday by the Productivity Commission, I cannot help but look for a sliver of hope.

I certainly do not hope PC’s recommendations are implemented. That would be sheer vandalism, the infliction of injury on a healthy industry without heed to the possible consequences. But I do hope that the government sees this as an opportunity to declare its support for our writers and publisher and bookprinters and independent booksellers who have all done the hard yard to make our story so successful.

Last time these proposals went to parliament, they were opposed by Kevin Rudd, Wayne Swan and Lindsay Tanner. Under the current arrangements, Australian publishing has flourished. If there are new and compelling reasons to kick it in the guts, they have not been persuasively argued in the Productivity Commission report.

The ball is now in the government’s court. I hope it has the good sense to sort fact from fiction, possibly even undertake a proper study of the Australian publishing industry, one informed by more reliable data and rigorous analysis than employed by the Productivity Commission.

In the meantime, I’m thinking about getting into the fantasy genre. I’ve got an idea for a story set in an imaginary world in which a band of selfless superheroes known as the Coalition for Cheaper Books rescue Australian readers from the greed and tyrany of local authors, publishers, booksellers and printers by using a magical talisman called the Hidden Hand.

I’m sure it’ll find a ready market. Some people will believe anything.

Shane Maloney is authour of the Murray Whelan series.

Parallel importation of books: writers have their two bobs’ 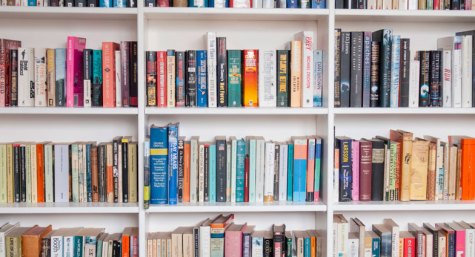 Readers have nothing to fear from the Productivity Commission

I have a Plan B – maybe all your readers and those lovers of Australian literature of all genres could exercise some self-discipline and, in the event that government does not put these proposals where they belong, just buy the Australian version (with Royalties flowing) from a good old fashioned Australian owned bookshop, regardless of whether its $10 or whatever more expensive!!

And Shane, its been a bloody long time since a Murray Whelan novel came out. I’m still hanging and I’m prepared to pay pretty much anything…

Given Murray Whelan’s working knowledge of politics, you would be intimately aware of the treacherous and venal thread that runs through the Labor movement. Just ask the ex-singer of Midnight Oil.

The Productivity Commission is the Federal Government department tasked with protecting Australians from those able to rig the market. It listened to book cartel apologists before coming up with its findings. It is now crying foul on behalf of all Australians. If the Productivity Commission is wrong and the book cartel are not rigging the market and ripping us off, then surely Shane and all the other cartel apologists have nothing to fear from competition.

The productivity commission correctly notes there are far better, cheaper and more efficient ways (such as direct payments) for Australian taxpayers to increase Australian authors and publishers incomes, if that is to be a national objective, than disadvantaging all book purchasers by artificially rigging the market for the benefit of a minority, but highly vocal, cartel. Naturally if you are a cartel, rather than a consumer, hidden rigging of the market is the preferred option.

If the book cartel can keep up their constant misinformation barrage then Kevin07 will probably again go to water and announce what the car manufacturers got when the productivity commission tried to remove car manufacturer’s snouts from the trough.

An “enquiry” at which the productivity commission was prevented from making any submission and whose terms of referance were limited only to what was best for the car industry. No pesky referance to what was in Australia’s best interests or to Productivity Commission research. Result – a $A14bn free hand out to US creditors of bankrupt US car companies courtesy of you and me, despite Productivity Commission studies showing such handouts as a costly waste of time and money, causing net job losses overall, and despite spin to the contrary, incapable of producing a “green” car industry.

If it was wrong for cardboard box billionaires to run a cartel, why is it right for book trade insiders?

Excellent perspective.
If Rudd, Swan and Tanner originally opposed these actions one wonders why their government created this commission in the first place (I know, Bob Carr, Allan Fels,…). It seems to be the ultimate in economic rationalism, topped by creation of a new government-controlled subsidy to undue some of the damage (“cultural externalities”) that they admit the abolition will wring. I think they must have been reading too much Lewis Carroll.

Shane (1.19pm). If you read some of the comments to my article in yesterday’s Crikey, you will weep. Some will sell out Austalian authors, bookshops and publishers for as little as 46 cents! (I am being a bit facetious here but….). Alas your Plan B is doomed, but look at my table and see that the three independent bookstores were surprisingly competitive, and were never the most expensive.

What bothers me most about the debate, aside from the contempt in which some people seem to hold writers, is the disinformation that is being bandied about. For example: if the market is “artificially rigged” by PIRs, the same thing is happening in the UK and the US. These countries are lauded by the Commission as Meccas of cheap books. Yet their authors have Territorial Copyright, and what is more, the authorities have no intention of dropping them. Which begs a really big question – if Australian books do cost more (which is highly arguable – the consensus, even from the Commission, seems to be that some books are cheaper, some more expensive) how come they say it’s due to PIRs? The Commission doesn’t offer any evidence that is the case: they just say it must be so. Yet if it were, the same “upward pressures” would apply in the UK and the US, surely? If not, why not? Perhaps if they think books ought to be cheaper, they are looking at the wrong issue. Certainly not a question addressed in the report, and one I would like to see answered.