No really. It is time for photos of reader’s pets. Send us your photos. Pets only, no people. Email them to me. Don’t make me come around to your house and secretly photograph your animals. Do the right thing and send them in before anyone gets hurt. We will start with Venise’s cat Walnut Feline […]

No really. It is time for photos of reader’s pets. Send us your photos. Pets only, no people. Email them to me. Don’t make me come around to your house and secretly photograph your animals. Do the right thing and send them in before anyone gets hurt.

We will start with Venise’s cat Walnut

Feline coveting cat snoop “Fiona” is not allowed to have her own cat. So here is a privacy intruding snap of her neighbour’s cat “Benino”

Someone claiming to be “Piers” has sent this photo of Jack taking advantage of Eileen who is obviously drunk. Alcopups!! hahaha I wrote that myself.

And a photo I took of our new pet we got from the internet.

Here are three pictures of “Roxy” from “Sally”. We may never know what really happened but that green jumper is the bees knees!

So called “Justin” has sent this damming evidence of Owen and Phoebe caught in the act of  having done something unspeakable only moments ago, just out of the frame.

“Amanda” has sent these photos of “Orly” who is a self confessed cushion pervert.

Someone calling themselves “Steve” obviously has no pets and yet for some reason has sent a number of photographs of horribly disfigured mutants he has cruelly named Cloud, Kingston and Woody.

And here is possibly the most spoilt dog in the world. “Sara” has sent us these photos of her so called “dog” “Bernie”, who not only drives an American Car and has his own private sunbeam but is also allowed to “have his way with the carpet”.

This story is best told in “Jasmine’s” own words: “Mihi was a stray who turned up one day in our student sharehouse slum, but refused to eat left-over spag-bol, so we thought she still had an owner feeding her. I gave her a slightly rediculous name (Mihingaarangi Forbes, after a journo on the tv) and by the time we figured out she lived with us now, the name had stuck. Having named her, I kept her, until I left the country a few years later, when she stayed behind with my ex. He looked after her for many more years until he too left the country, apon which she retired to warmer climes to live with a vet nurse friend of his. Eventually she died of old age, which is not a bad feat for a cat who had been in some sort of accident (car?) leading to an odd walking style, was abandoned, and survived the time I couldn’t afford to take her to the vet so I fed her antibiotics stolen from the lab at uni, mixed up with beef-stock.”

That is a lovely, if somewhat deluded tale, however the real tragedy of this story is that Mihi didn’t eat the left-over spag-bol because she is a tuft of grass.

Someone claiming to be “Virginia” has sent in these photos which are problematic for a number of reasons:

1. The black cat is supposedly called “Poot Poot” which is ridiculous and who would do that?

2. There is clearly an earthquake going on and yet “Virginia” endangers herself and her pets by trying to take a photo of “Fluffy” licking her chops.

I would suggest that like the Moon Landings this photo is a cunning fraud. 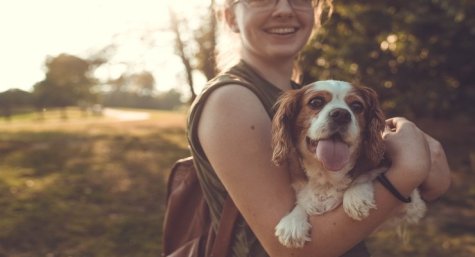 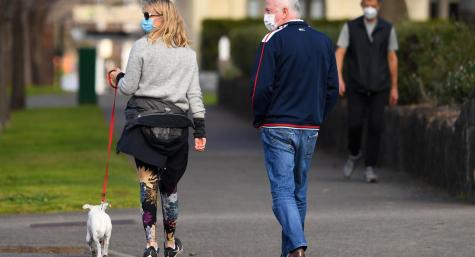