Fiction from J.M.Coetzee and some truth that’s more scandalous than fiction

Some weekend reading from magazines around the world

The World Finance Crisis & the American Mission – New York Review of Books.
Robert Skidelsky reviews Fixing Global Finance by Martin Wolf (Johns Hopkins University Press, 230 pp., $24.95) The true roots of the current economic crisis lie in the privileging of the US dollar as the chief reserve currency during the Cold War—an arrangement that allowed the US to pursue an imperial mission that was greatly to the satisfaction of its partners and allies, but also led to huge macroeconomic imbalances. Until the US renounces this mission, it may be impossible to end them. 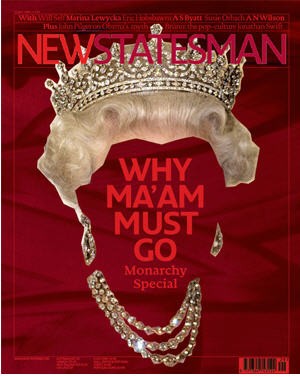 Off with their heads – New Statesman
From Wat Tyler swilling beer in front of Richard II to chants of “God save the poor and down with George III”, the British have a long history of hostility towards the Crown. Ted Vallance asks: Can it survive the coronation of King Charles III? 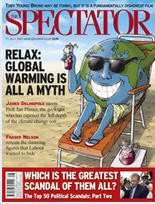 Meet The Man Who Has Exposed The Great Climate Change Con Trick – The Spectator
James Delingpole talks to Professor Ian Plimer, the Australian geologist, whose new book shows that ‘anthropogenic global warming’ is a dangerous, ruinously expensive fiction, a ‘first-world luxury’ with no basis in scientific fact. Shame on the publishers who rejected the book

Top 50 Political Scandals: Part One – The Spectator
Part One of The Spectator’s Guide to the 50 Biggest Scandals – counting down from 50 to 26. A sample: No 46. ‘A sex act too revolting to describe’, 2004 to 2006 – It must be the only time that coprophilia has been discussed in the opinion pages of the Sunday Telegraph. 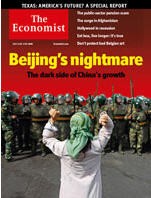 Riots in Xinjiang: Beijing’s nightmare – The Economist
The Uighurs’ revolt undermines China’s idea that its people will always happily trade freedom for prosperity.

The riots in XinjiangIs: China fraying? – The Economist
Racial killings and heavy-handed policing stir up a repressed and dangerous province.

Caveat Mortgagor – The New Yorker
James Surowiecki notes something typical of regulation in the U.S.: it often takes a public crisis for things to change. The fallout from the credit bubble has led the Obama Administration to propose a Consumer Financial Protection Agency, to regulate financial products much the way the Consumer Product Safety Commission regulates bicycles and bedspreads.

U.S.-China Counterterrorism Cooperation: Issues for U.S. Policy – Congressional Research Service
Questions concern the U.S. stance on the PRC’s policy toward the Uighur (Uyghur) people in the northwestern Xinjiang region that links them to what the PRC calls “terrorist” organizations. Congress has concerns about the human rights of Uighurs. China has accused the United States of using “double standards” in counterterrorism in disagreements over how to handle the Uighurs.