The era of male dominance is coming to an end

After the great recession manly men will no longer be running the world. This and other weekend reading from the world's magazines. 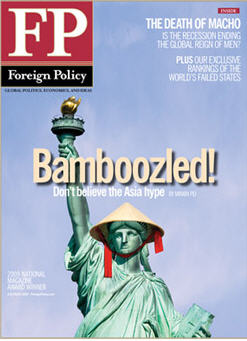 Think Again: Asia’s Rise – Foreign Policy.
Minxin Pei writes: Don’t believe the hype about the decline of America and the dawn of a new Asian age. It will be many decades before China, India, and the rest of the region take over the world, if they ever do.

The Death of Macho – Foreign Policy
Reihan Salam writes: Manly men have been running the world forever. But the Great Recession is changing all that, and it will alter the course of history. The era of male dominance is coming to an end. 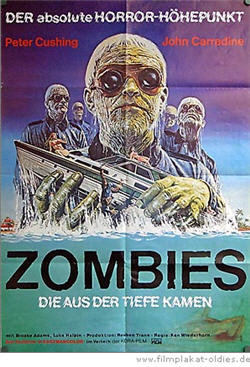 The Most Absurd Horror Film Posters Ever – Der Spiegel
Benjamin Maack writes how they’re supposed to be bloody and terrifying, but some horror film posters are so ridiculous they elicit chuckles instead of shudders. Many B-movie fans treasure this unintended humor and have become collectors of these monuments to bad taste.

The end of the green revolution? The Power of Iran’s Iron Fist – Der Spiegel
Dieter Bednarz writes of Tehran in a state of emergency as the government continues its increasingly brutal crackdown against protesters. Hardliners and opposition politicians are searching for a compromise behind the scenes, but Iran’s supreme leader is refusing to make any concessions. 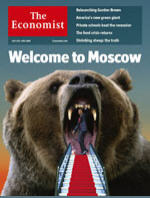 Private schools in the recession – Staying on board – The Economist
In both America and Britain recession has so far done little to dent the demand for private education.

America and Russia – Welcome to Moscow – The Economist
Paranoid, mischievous and heading in the wrong direction, Russia is an awkward prospect for Barack Obama. 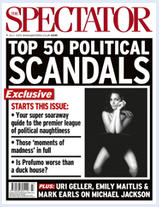 To Become An Extremist, Hang Around With People You Agree With – The Spectator
Cass Sunstein – co-author of the hugely influential Nudge and an adviser to President Obama – unveils his new theory of ‘group polarisation’, and explains why, when like-minded people spend time with each other, their views become not only more confident but more extreme.

A Curate’s Cornucopia – The Spectator
Was television in Seventies Britain that good? Is today’s better? James Walton investigates.

Rules Are Not Enough – Why Judges Need Empathy – Commonweal
Cathleen Kaveny examines President Barack Obama’s comment that he judged “empathy” to be a desirable quality in a Supreme Court appointee.

Sea level rise: It’s worse than we thought – New Scientist
Anil Ananthaswamy writes how researchers now know far more than they did when the ICCC report of 2007 was prepared. And while we still don’t understand the dynamics of ice sheets and glaciers well enough to make precise predictions, we are narrowing down the possibilities. The good news is that some of the scarier scenarios, such as a sudden collapse of the Greenland ice sheet, now appear less likely. The bad news is that there is a growing consensus that the IPCC estimates are wildly optimistic.

Review: Sex in shades of grey – New Scientist
Deborah Blum on “Between XX and XY: Intersexuality and the myth of two sexes” by Gerald N. Callahan. Science is undermining the notion that there are only two sexes and presenting a broad spectrum – from male to female and everything in between, says the author of Between XX and XY 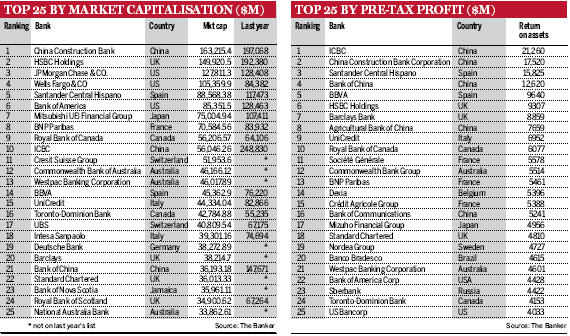 Despite huge losses, Western banks have retained their dominance of the rankings due to massive capital raising. But what will the future hold? Geraldine Lambe reports