Some weekend reading from the world’s magazines

Ricahrd Farmer hand-picks some great weekend reads from around the world. 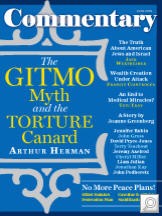 The Gitmo Myth and the Torture Canard – Arthur Herman writes in Commentary that the enemies of Bush and Gitmo have succeeded brilliantly. But in so doing, they have done grave violence to the truth about the Guantánamo Bay facility, have aided in the release of prisoners who have since committed acts of terrorism outside the United States, and may yet succeed in having Barack Obama’s government release young men with terrifying ambitions for murder and mass destruction onto the soil of the United States. 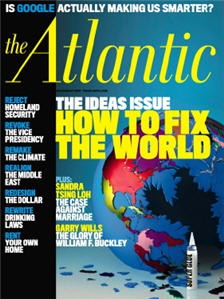 Teach Drinking by John McCardell is one of the The Atlantic magazine’s ideas on How to Fix the World. license 18-year-olds-adults in the eyes of the law-to drink, provided they’ve completed high school, attended an alcohol-education course (that consists of more than temperance lectures and scare tactics), and kept a clean record. They might even mandate alcohol education at a young age. And they might also adopt zero-tolerance laws for drunk drivers of all ages, and require ignition interlocks on their cars. Such initiatives, modeled on driver’s education, might finally reverse the trend of consumption by young people at ever earlier ages. Binge drinking is as serious a crisis today as drunk driving was two decades ago. It’s time we tackled the problem like adults. 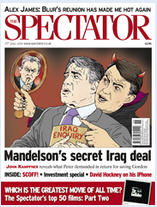 Sarkozy’s burqa ban panders to racism, not feminism – Rod Liddle in The Spectator argues that that the French President may be right about Islam’s ideological content but that his proposal is shockingly illiberal and wrong-headed.

Australia and anti-Indian violence: Regrettable facts on how thuggery mars a burgeoning friendship – from The Economist of 18 June but still top of the most commented on and most recommended lists of the magazine this Saturday morning. 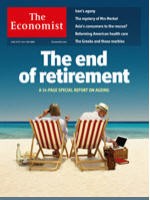 Ageing in the rich world: The end of retirement. The Economist says demography means virtually all of us will have to work longer. That need not be a bad thing, the magazine says.

Iran’s debate over theocracy: Why the turbans are at odds – The Economist says a debate rages about the nature of clerical rule.

The bankers cannot believe their luck – The disgrace of the political class has been the salvation of the bankers. And lax regulation has left taxpayers vulnerable to the irresponsible excesses of the greedy money men. Vincent Cable in the New Statesman outlines what must now be done…

The death of a dream – Andrew Brown has won the Orwell Prize for Fishing in Utopia, a memoir of life in Sweden. in The New Statesman he talks to his friend Sigrid Rausing, herself a Swede, about what attracted him to Scandinavia and why he didn’t find the Jerusalem by the Baltic he had been expecting 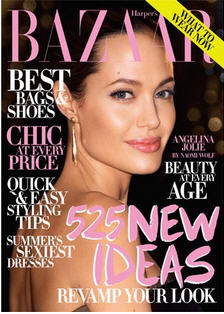 The power of Angelina – Why do women dream of having the life of Angelina Jolie? Because the actress is the embodiment of having it all writes Naomi Wolff for Harper’s Bazaar. Her persona hits an unprecedented level of global resonance – and makes women want to be with her and be her at the same time – because she has created a life narrative that is not just personal. Rather, it is archetypal. And the archetype is one that really, for the first time in modern culture, brings together almost every aspect of female empowerment and liberation.