One more revelation for Malcolm Turnbull. Who’s next?

The Opposition, and Malcolm Turnbull in particular, is mired in the fake email affair and, it seems, slowly sinking.

Despite Wayne Swan’s less-than-compelling performance on radio this morning, the Opposition, and Malcolm Turnbull in particular, is mired in the fake email affair and, it seems, slowly sinking.

It’s now hard to avoid the impression last Friday’s sensational committee hearing was, like the courtroom drama it resembled, scripted or at least set up in advance between Grech and the Coalition.

Which only, in a way, makes the whole performance more compelling in retrospect.

Malcolm Turnbull, meanwhile, can’t get through an interview without refusing to answer nearly every question put to him. At least Turnbull has been willing to do some media — although still no press conference — whereas Wayne Swan only broke cover this morning. But the endless drip of questions about what Turnbull knew and when he knew it is eating away at him. You get the sense round Parliament House that the next revelation about Grech and Turnbull could break at any moment.

Turnbull, by the way, is perfectly justified in refusing to commit to assisting a broader AFP inquiry into public service leaking. No Opposition worth its salt in a democracy would support such an investigation and Turnbull should reject it as a matter of principle. But that won’t stop the Government insistently asking what he has to hide.

That the OECD produced figures last night showing the Australian economy was the best-performing in the OECD provided more substance to the Prime Minister’s argument that, having lost the economic debate, the Opposition has resorted to personal attacks. The OECD numbers are heavily based on Treasury input, but yet another external tick for the Government’s stimulus approach contrasts very well with Turnbull refusing to answer questions about his involvement with a forged email.

And the contrast is fair enough, too. The Government — of which Wayne Swan is Treasurer — and the Reserve Bank have handled the global financial crisis remarkably well given how poorly our policy establishment handled the last major global slowdown in the early 1990s. They have made a difference to the number of Australians unemployment, and likely to become unemployed, the sort of real-world outcome that, like ute-based corruption and cooked-up emails, matters beyond the fog-bound confines of Parliament House.

Speaking of contrasts, we had another one yesterday, with Rudd effortlessly doing the language thing again, this time at a reception for the Spanish royals. A few sentences of Spanish, some self-deprecation, and he looked perfectly at home. Turnbull, unfortunately confined to English and with the air of a bloke waiting for the AFP to call, didn’t look nearly as comfortable.

The Opposition’s looming problem is that it has no answer to the question of what would happen if Turnbull fell under a bus — and their leader is insisting on playing in the traffic. Joe Hockey is another Sydney moderate who might appeal to Sunrise viewers but who has certain Beazleyian air about him, of a lovely bloke who doesn’t quite cut it — and he’d also need to seriously tone down the bellowing in Parliament.

Hockey was also supposed to be the next generation, who would come into their own after the next election had been fought and lost and Malcolm Turnbull had gone back to printing money in the private sector or running for UN Secretary-General or something. The Liberals would need an expendable leader whose loss at the next election, and perhaps a purgatorial 12 months beyond, would allow another, longer-term leader to emerge. Julie Bishop is damaged goods, and Brendan Nelson is leaving. That leaves Andrew Robb, whose éminence grise act would be a stark and perhaps welcome contrast to Turnbull’s flamboyance. Robb’s substance and demeanour makes him the exact opposite of Hockey, and he has a pretty formidable brain as well. The climate sceptics in the party would also be more relaxed with him.

There’s also a relatively young Melbourne bloke with a good CV, but he’s likely to get a better offer from the Government at some point in the next 12 months. You can bet Julia Gillard and Peter Costello discussed more than the footy on the plane to Israel. 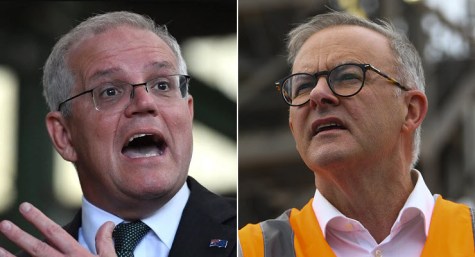 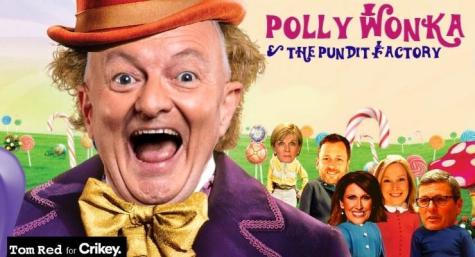 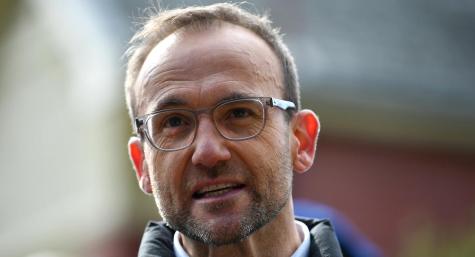 Bernard, Turnbull is trying to avoid scrutiny on the basis that receiving leaked information is not in itself illegal, or even unethical. However, this affair smacks of conspiracy and forgery, both criminal matters, for which he cannot justifiably avoid scrutiny. The issues are now much more serious than just receiving leaked information. See the Lyndsay Tanner interview on last night’s Lateline. There can be little doubt that Turnbull and Abetz, at the least, behaved quite improperly in meeting with Grech before Friday’s Senate Estimates Committee meeting. It is also clear that there is considerable discomfort with Turnbull in the Liberal Party judging by the avalanche of leaks to journalists about this whole affair. Clearly the knives are out.

Interesting stuff BK, but this passage completely passed me by:

Turnbull, by the way, is perfectly justified in refusing to commit to assisting a broader AFP inquiry into public service leaking. No Opposition worth its salt in a democracy would support such an investigation and Turnbull should reject it as a matter of principle. But that won’t stop the Government insistently asking what he has to hide.

Why shouldn’t he support it?

I’m no fan of Malcolm’s, but thought he did better on 7.30 Report than he has for a while – scored one or two points and got Kerry O’B a bit fired up. Oppositions do rely on leaks, of course. And he or his advisers must read Crikey – earlier in the week someone suggested he wasn’t laughing or smirking in Parliament or in media appearances. I can’t see why it’s a matter of him or the Libs “cooperating” with the AFP – they’ll have warrants if they have a basis for obtaining them.

Lindsay Tanner did a good job on Lateline – he’s a good media performer, and actually answers questions (or at least gives the impression of doing so). I think it’s a shame the Greens are threatening one of the ALP’s hard-working MPs who has integrity and real commitment to more than just own ego. Sure, Greens, get a Lower House seat, but why at the expense of one of the good guys?

Can’t you just see Malcolm as Mel Brooks in the Producers dressed in full storm trooper kit doing his foppish little wisecracks while adjusting his cuffs while and clicking his shiny jack boots. “Don’t be stupid, be a schmarty, come and join the Liberal party!”

I feel like calling an ambulance for the poor buggers.

This whole car crash with the strong smell of differential oil and tragically crumpled human forms with entrails exposed, has a compulsive attraction. Look away! but i just can’t, I would hate to think that I have been harboring ill will toward this cocky lot; maybe I don’t want to look away, forgive my staring, I think a few of us are enjoying discovering this gothic side of ourselves.

Jenny – I don’t think Kerry did too badly, and I found the dandy scoundrel with his ‘are you finished?’ method of preventing Kerry’s attempts to keep him on point very telling of his more true serious state of mind; otherwise I thought we got a very good sketch of a hard hitter on the ropes.

The main thing to remember as far as Turnbull and now it seems Senator Abetz is concerned, is that they didn’t just use an innocent email that allegedly was sent by someone in Treasury, they allegedly ORCHESTRATED the whole thing, which could include the ‘poor, sad and harrassed’ Grech – just an act – for effect! Everyone would watch it live and feel sorry for him, and blame those horrible people, Rudd and Swan. It was allegedly, contrived, deliberate and meant to DESTROY AT LEAST ONE PERSON’S LIFE (political life anyway). I find it disgusting! And everytime Turnbull speaks he’s like an animal caught in the headlights – just waiting for ??? Let’s hope it arrives soon. I’ll watch Lateline and see what Lindsay Tanner has to say. I find him very interesting, articulate and I always learn something when I listen to him.

Turnbull on the 7.30 Report was plain rude. He didn’t answer the questions, and his responses were indicative of someone who’s really quite annoyed that his efforts at destroying someone has failed. Anyone who’s prevented HIS desired outcome is the enemy. I wish Kerry would be tough on all politicians re answering questions. I get so frustrated I could burst at times. Yelling, “answer the bloody question doesn’t seem to work??”

As for Andrew Robb. Oh please! When he was Minister for Worst Choices (or whatever) he was on our local ABC radio. I asked him a simple question, and challenged him on something pretty basic, and he was hopeless. He always comes across as a mumbling person not really conversant with his topic. I still have to hear him give a concise and articulate reason why he’s a climate sceptic. My 6 yr old grand daughter could do a much better job at putting forward her case for SAVING the planet, not destroying it. Her older brother and sister would have him on toast – they’re too sharp for him!