The best of the morning's media. 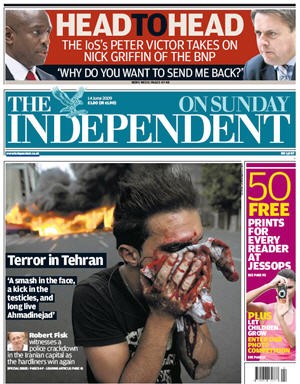 Robert Fisk: Iran erupts as voters back ‘the Democrator‘ – The Independent, UK 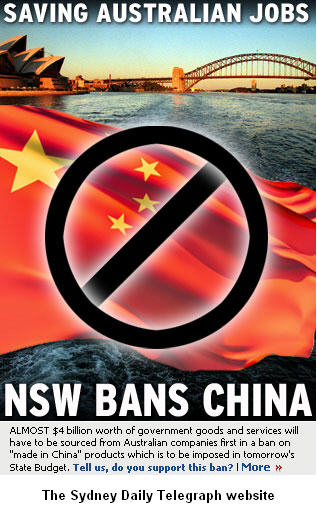 Salesman got a good night’s rest – the Sydney Morning Herald discovers first details of the lavish accommodation that the state Finance Minister, Joe Tripodi, enjoyed on his $300,000 world tour to peddle the state’s electricity assets as doubt emerged that overseas buyers are willing to buy the assets.

RBA may be forced to cut rates again – The Australian

For home loan rates, the only way is up – Sydney Morning Herald

Labor lays energy trap for Opposition – Sydney Morning Herald says legislation creating a renewable energy target will be rushed into Parliament by the Federal Government as soon as today in an effort to pressure the Opposition into declaring its hand on climate change.

A ‘light on the hill’ for our future tax reformers – The Henry review will be a blueprint for long-term tax reform, not a quick tax fix says Ross Gittins in the Sydney Morning Herald

We cannot go on living like this – Peter Doherty argues in the Melbourne Age that humanity has pillaged the planet, but Australia can use its abundant natural resources to forge a new way.

Not debt size, but how it’s used, is crucial – Kenneth Davidson in the Melbourne Age on an OECD report that urges governments and business to limit cuts in spending on R&D and innovation and take a long-term view.

Ignoring the factional elephants in the room – Glenn Milne in The Australian on the reshuffle that was “an immaculate factional conception”. 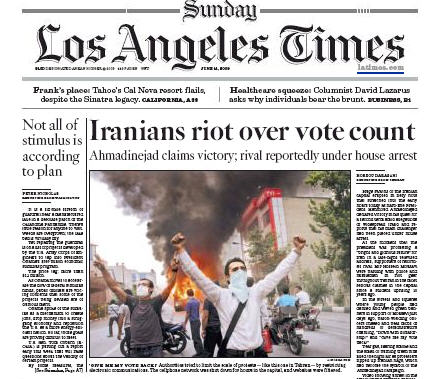 Iran election anger boils; Ahmadinejad defends results – Protesters who claim the vote was rigged clash with police for a second day. The government denies that two of the president’s challengers are under house arrest – Los Angeles Times

Iran’s Crossroads – Nicholas Kristof writes on the New York Times website that it’s impossible to be sure, but Ahmadinejad’s victory looks extraordinarily suspicious. If he won by that margin, he would be the most popular Iranian president ever – which he certainly isn’t. And it seems exceptionally unlikely that he won in Moussavi’s hometown, as the government claims. That’s the problem with dictators – they don’t just try to steal a squeaker of an election, they try to steal a landslide. In the process they lose plausibility and legitimacy.

UBS throws Asciano’s board a $2bn lifeline – The Australian 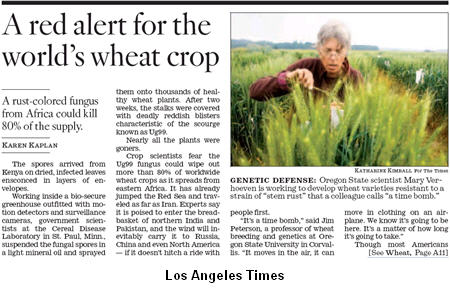 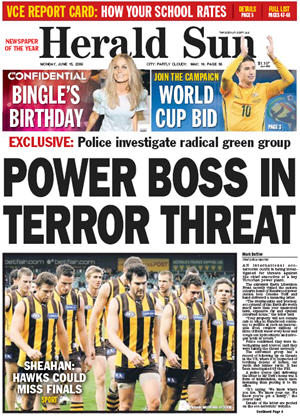 A.P. in Deal to Deliver Nonprofits’ Journalism – Four nonprofit groups devoted to investigative journalism will have their work distributed by The Associated Press, The A.P. will announce on Saturday, greatly expanding their potential audience and helping newspapers fill the gap left by their own shrinking resources – New York Times

Media giants fight to survive – APN News and Media’s key shareholder, Independent News & Media, and Network Ten’s majority owner, CanWest, have continued rescue talks with their lenders to find a way out of their debt woes reports the Sydney Morning Herald while creditor deadlines expire this week and next.

Labor’s man behind Kevin 07 steps down – The Australian 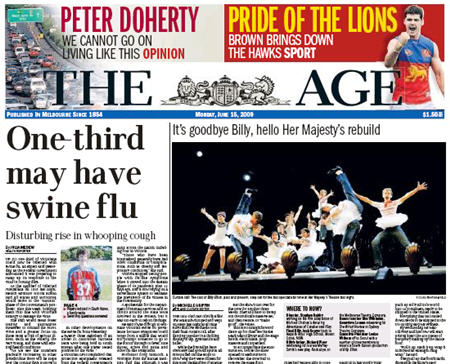 One-third of Victorians may have flu – Melbourne Age

Swine flu – the story so far – Nearly 30,000 people have been infected with the virus in 74 countries and officially killed 145 – Melbourne Age

One in three could have swine flu – Sydney Morning Herald

Further education pathway stagnates – the proportion of year 12 graduates who undertake further education or training has remained unchanged over the past two years, and is markedly lower than 2005 levels – despite a concerted effort to improve paths for people who complete school reports the Melbourne Age

One more grunt and you’re out: Wimbledon to crack down after complaints – The London Times