There are tabloid beat ups of political stories and then there is The Australian desperately wanting to be different in a way that shows it doesn’t get sucked in by this Labor Government nonsense. So have a chat on a slow news day with that motor mouth of the Liberal Party, shadow Education Minister Christopher Pyne, and hey presto we can turn a vague comment by one South Australian primary school teacher into a multi-million dollar debacle. 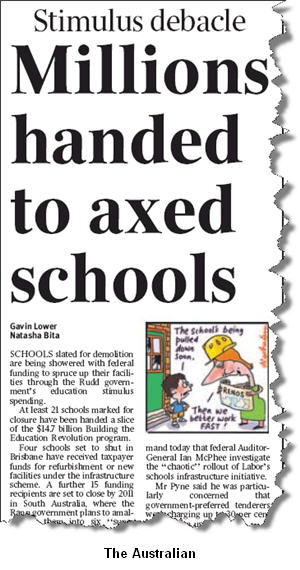 The story is a nonsense of the first order.

Millions handed to axed schools in stimulus debacle – The Australian

Victoria, the place to be working less – the Melbourne Age reports Victorians are losing work faster than Australians in any other state, according to new figures that count both unemployment and so-called “underemployment”. 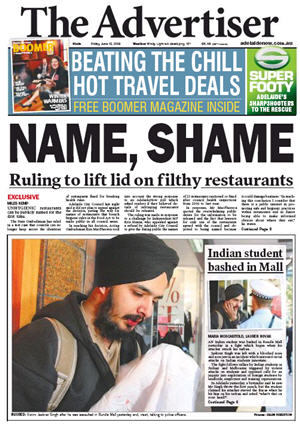 Rudd’s men seize control of preselections – the Sydney Morning Herald reports that Kevin Rudd and his most trusted lieutenants will oversee the preselection of Labor candidates in key seats after being granted special powers by the party’s national executive.

It’s ‘all go’ for a new RAH – The SA Government yesterday called for expressions of interest from the private sector to help build the $1.7 billion hospital, but earmarked April next year as the closing date for proposals – after the March election – Adelaide Advertiser

Queensland MPs to get babysitters in parliament? – the Speaker suggests allowing public service advisers to sit alongside ministers in the actual chamber to provide information when complex legislation is being debated – Brisbane Courier Mail

Industrial relations face tug of war over workers’ rights – Brisbane Courier Mail on how Queensland unions are warning that a quarter of the state’s workers could be forced to endure inferior workplace laws if the Government hands over its industrial powers to Canberra. 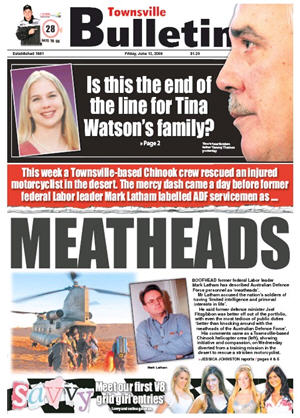 Pragmatists the voters’ choice – Arthur Sinodinos in The Australian looks at the European Parliamentary election result and sees the trouncing of the Centre Left over the weekend suggesting that the final victory of social democracy has been postponed yet again.

Easy on the sauce, Kev – Andrew Bolt in the Melbourne Herald Sun on the PM’s language

World Bank sees even worse slump – The world economy will contract by 3% this year, far more than the 1.75% drop the Bank predicted earlier this year – BBC News

Beijing backlash against Rio deal – the Chinese Government will slap trade sanctions on BHP-Billiton and Rio Tinto if they join their iron ore businesses without first gaining permission from Chinese competition authorities the Sydney Morning Herald reports a Chinese official as saying.

Chinese figures dampen forecasts – the slump in world trade continued into last month, with China yesterday reporting a record 26.4per cent fall in its exports, pushing back forecasts for a return of world growth – The Australian

Chinalco sweet as rescue goes sour – Chinalco has heaped praise on the Australian government’s attitude to foreign investment, but its chairman Xiong Weiping has described the collapse of its $US19.5 billion ($24bn) deal with Rio Tinto as a setback that will likely see the company scale back its acquisition ambitions – The Australian 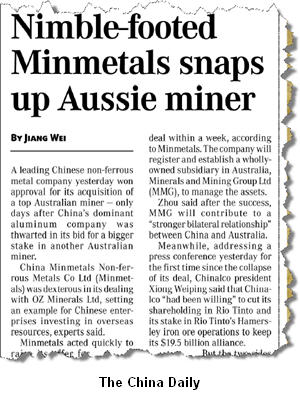 Dokic sent to jail for a year – Adelaide Adveriser

Cocaine use on the rise in Australia – Sydney Daily Telegraph

Should we be surprised of the beat up in today’s front page ‘story’ of The Australian? It was co written by one Pia Akerman, daughter of Piers Akerman… Ah…so that’s a ‘no’ then.

Mark Latham’s liver problems are now more than evident. He’s Labor’s version of Peter Costello – one tosses sparks and the other throws his gall stones.