The best of the morning papers: Our boys are out of the Twenty20 World Cup after an early morning loss to Sri Lanka. 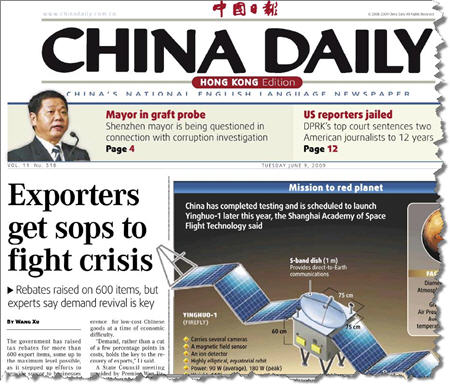 Legal bill may cost Bob Brown his seat – The Australian

In times of trouble, politicians will hunker down in a bunker – A security control centre is being considered for a bunker cut deep into the rock under Canberra’s Parliament House – Sydney Morning Herald Lebanese say no to Hezbollah – The Australian

Result a disaster for social democrats – Greg Sheridan in The Australian reviews the European parliamentary election. Stretching the truth: When magazines are less than truthful – Sydney Morning Herald A heads-up from the ‘helmet lady’ – Chicago Sun Times