Perhaps this swine flu thing is serious after all. It's now threatening the footy with six Brisbane Broncos players in quarantine

ITEMS STILL BEING POSTED – APOLOGIES FOR THE DELAY, NOW HAVE A BACKUP WIRELESS ALTERNATIVE

Arbib says it’s all about jobs, jobs, jobs – new Minister on what his job entails – The Australian

Defence industry tsar Combet will command $100bn budget – the elevation of Greg Combet into Kevin Rudd’s ministerial line-up means Australia’s defence industry will have its first dedicated minister in the past 25 years. – The Australian 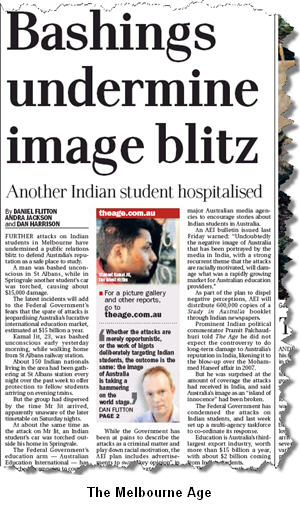 Suffering from a blast from the past – Daniel Flitton in the Melbourne Age writes that whether the attacks are merely opportunistic, as Victorian police chief Simon Overland maintains, or the work of bigots deliberately targeting Indian students, the outcome is the same: the image of Australia is taking a hammering on the world stage.

New blood and more protection for the PM – Glenn Milne in The Australian sees a ise and rise reshuffle of the baby faced political killers: Arbib, Bowen, Clare and Combet.

Would Hezbollah win in Lebanon election lead to war with Israel? –  Zvi Barel writing in Haaretz

Backlash fear over Rio deal – Treasurer Wayne Swan yesterday reaffirmed the importance of Chinese investment in Australia. Concerns are intensifying that Rio Tinto’s scrapping of its deal with Chinalco could have negative fallout for local miners. – Melbourne Herald Sun

Fielding back from Washington with list for Wong – The Australian 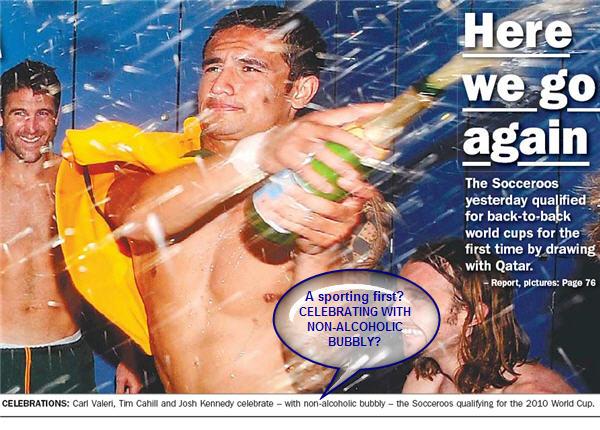 Verbeek and his Socceroos prove up to the test – Socceroo boss Pim Verbeek was not seen cracking open a champagne bottle, nor was he seen belting out the national anthem. But there was no mistaking his pride and happiness after his team took the point it needed to ensure World Cup qualification – Melbourne Age

Gongs for fashionista, battler, teacher – The Australian on the Queen’s Birthday honours list