Packer and Turnbull – when friends fell out

The best of today's papers: the day Malcolm Turnbull says Kerry Packer threatened to kill him. And just when you thought it was all exaggerated nonsense, swine flu puts four Scots into intensive care. 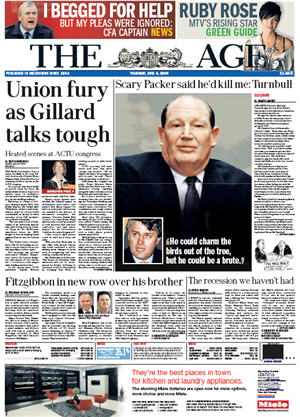 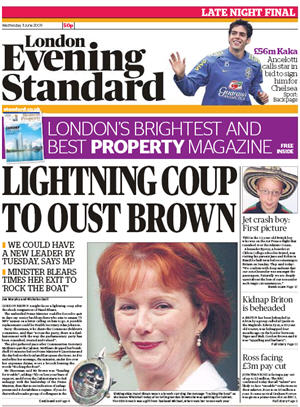 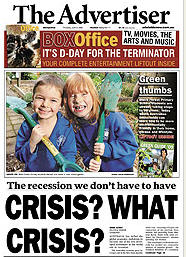 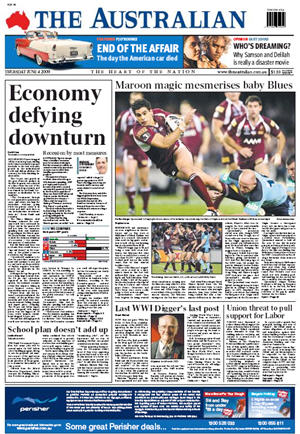 Queensland and NSW in recession as investment hit – The Australian

Defence finding grants a gift to the Opposition – Defence Minister, Joel Fitzgibbon, has effectively been put on notice by Kevin Rudd after again having to admit that he forgot to disclose a gift on the register of interests – Sydney Morning Herald

Stacked to the rafters – Paul Austin in the Melbourne Age writes that an insider’s explosive account has laid bare branch stacking in the ALP.

China speaks out on student attacks – The Sydney Morning Herald reports that the future of the $15.5 billion overseas student industry is under threat after the Chinese Government went public with concerns about violence against its students in Australia.

Budget can lead way out of the gloom – National accounts figures released yesterday confirm the South Australian economy is in a good position to emerge cautiously but positively from the global economic crisis, says the Adelaide Advertiser in an editorial

No recession? Tell that to the burgeoning jobless – writes Ross Gittins in the Sydney Morning Herald

Racism cry is the only weapon – Miranda Devine in the Sydney Morning Herald writes that if the Victorian police just did their job, the problem of Indian students being mugged would be solved, without resort to new legislation and bogus symbolism.

Overstimulated, but no tears before bedtime – Tony Wright in the Melbourne Age tells of a Kevin Rudd looking as contented as a fellow who had overstimulated himself. A slight sheen of perspiration on his brow, he seemed profoundly gratified at the splendour his fevered work had wrought. More accurately, his bearing suggested it would be proper for a grateful nation to marvel and very possibly lay lotus leaves at his feet, and forget all that silly business about debt and deficit.

Ugly times, yes, but let’s not take the big stick to Victoria – Paul Austin of the Melbourne Age looks at Victoria’s racial record

Gillard cuts across sacred union line – Ben Schneiders in the Melbourne Age analyses the Julia Gillard approach to dealing with the unions.

All things considered, we’re doing rather well – the editorial in the Melbourne Age argues that even modest growth is an achievement in a global context.

Recession by most measures – is Michael Stutchbury’s verdict in The Australian, suggesting he is one of the recession junkies

Blind eye to racism – Greg Sheridan in The Australian says the recent spate of bashings of Indian students in Melbourne is an appalling episode in this nation’s history. It is a serious social, educational, diplomatic and probably economic crisis that no one is taking seriously enough. The performance of John Brumby’s Victorian Government has been pathetic. It has stumbled from bland denial to belated symbolism, never acknowledging the gravity of the problem or its own culpability and not taking any serious action to confront it.

Air France crash: plane may have broken up in mid-air – London Daily Telegraph reports the vast area over which debris has been found suggested there was an explosion while the aircraft was in flight.

Who Is to Blame for EU Voter Apathy? Voter turnout for this week’s European parliamentary election is expected to be the lowest since direct elections began 30 years ago. Is this the fault of the parliament itself? Inadequate media coverage? Or are national governments failing in their responsibility to educate the electorate? – Der Spiegel

In Overhaul, G.M. May Look to Its Far-Flung Arms – New York Times

Is Libertarian Ideology Killing Newspapers? The Plank at The New Republic

Catholic confession is not therapy, Vatican warns – The Guardian London

First Orthodox Rabbis Ordained in Germany in 70 Years – Two Orthodox rabbis have been ordained in Munich in a ceremony that hasn’t taken place in Germany since World War II. The event marks a milestone for Jewish life in Germany. Der Spiegel

Melbourne flu isolation – Children returning from Melbourne have been advised to stay in home quarantine for seven days to help stop the spread of swine flu in South Australia. – Adelaide Advertiser 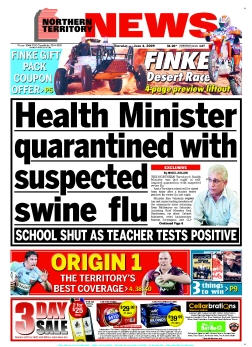