The 2009 Budget might finally spell the end of the remorseless growth of ASIO, the most successful government body of the Howard era. 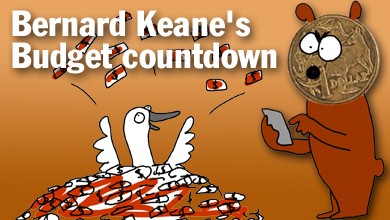 The draconian 2009 Budget might finally spell the end of the remorseless growth of Australia’s domestic intelligence agency, ASIO, which was the most successful government body of the Howard era.

As part of the “war on terrorism”, ASIO, which has minimal budgetary accountability and provides virtually no information in its budget statements, saw its annual appropriation expand from around $60m at the state of the decade to nearly $300m in the final Howard Government budget. That figure doesn’t include a one-off equity injection (basically a boost to an agency’s capital budget) of $150m.

In last year’s budget, ASIO had its annual appropriation increased a whopping $60m. The new Government had maintained that there would be no new spending beyond that to which it committed prior to the election, but ASIO was exempted from that. It also got another equity injection of $70m. The Rudd Government has shown itself every bit as eager to pursue a national security agenda as its predecessor.

All this for an agency with no public scrutiny or performance indicators to assess whether it is doing its job or responsibly spending taxpayers’ money.

Even returning ASIO’s budget to 2005 levels, at the height of the Howard Government’s scare-mongering about terrorism, would save $180m pa on an ongoing basis.

Inflating ASIO’s budget despite the absence of a clear threat to Australian security has predictably meant the agency has busied itself trying to demonstrate its usefulness. It has still never been called to account for the abduction and intimidation of Izar Ul-Haque in 2003 by ASIO agents — in fact, the then-Secretary of the Attorney-General’s Department, Robert Cornall, attacked the judge who concluded the agents had falsely imprisoned Ul-Haque.

The dismantling of the national security state agenda can go further than ASIO. The Commonwealth is spending more than $2m a year for the next few years on work associated with Critical Infrastructure Protection program, as part of a hastily-devised Howard Government response to the idea that terrorists might target transmission towers or the electricity grid. Whether the Rees Government was identified as a threat to NSW electricity network is unclear.

The entire program could safely be scrapped and infrastructure providers told to meet their own risk management costs, which is basic business practice. And we continue to spend over $8m a year on national security “public information” campaigns, even if they no longer come with fridge magnets and absurd catchphrases.

There are plenty of other savings targets in the Attorney-General’s portfolio. The Government should implement a recommendation that the Federal Magistrates Court be merged with the Family Court. And we spend nearly $400m year in year out patrolling for illegal fishing vessels and asylum seekers, a grotesque mis-allocation of resources considering the actual numbers of boats carrying asylum seekers.

Why it takes $15m a year and 100 people to run the Human Rights Commission isn’t clear, especially if an all-singing all-dancing employment practices body is being established under Julia Gillard’s new IR legislation. In fact, the point of HREOC isn’t clear either. Who would be inconvenienced if HREOC were scrapped entirely?

The billion dollar-plus budget of the Attorney-General’s portfolio is packed with the detritus of the national security politicking of the Howard Government, the sort of indulgence that the boom years funded with virtually no one noticing. There are strong fiscal and policy reasons for the Rudd Government to take an axe to this stuff.

Do I have to be a first? Where are the other comments?

Scrap HREOC? I’d like to think MP staffers have one avenue of appeal. Aside from that it’s a great idea to dismantle Operation Scare’em Witless for a proper national security agenda starting with Howard’s critical infrastructure protection program made redundant by atleast two ALP state governments namely NSW and Queensland who’ve inflicted more damage than any terrorist attack. They’ve blown budgets trying to fix reputations as has ASIO for illegally detaining innocents (Bilal Daye and his wife, Mohammed Haneef, Martin Clutterbuck’s anonymous client et al.) hanging up on Jihad Jack when he phoned to divulge details of his Al-Qaeda activities and giving short shrift to inquiry recommendations for stronger security at our airports. When bikie blood spilled in the arrivals lounge at Sydney terminal how many bystanders dialed 188 123 400 to alert the terror attack? Sending the fridge magnets the way of the mouse pads and pens and all the clunky other PR campaigns devised by a Coalition struggling for credibility will create a savings bonanza. Now surely Rudd could set aside a one-off payment for the planning and appraisal of the Coalition’s future in Australian politics. We’ve not had an investment in democracy for some time.