The Pritzker Prize is the gold medal of architecture, so when no less than six recent winners of this award combine forces to condemn Prince Charles for abusing his position to influence the planning process in London, it’s a serious event.

The letter, which was also signed by other senior UK design figures, argues that “it is essential in a modern democracy that private comments and behind-the-scenes lobbying by the prince should not be used to skew the course of an open and democratic planning process that is under way.”

Charles, who has long been obsessed with condemning any architecture that is post 1850, has been lobbying his mates in the Qatari Royal Family who own the Chelsea Barracks site to order radical changes to the design of a development which has been drawn up by prominent English architect Richard Rogers.

Rogers’ design has been through an intense and rigorous public process which included not only the local planning authority, the City of Westminster but the Commission for Architecture and the Built Environment and the Greater London Authority. Charles apparently has made no effort to participate in this public consultation process, preferring instead to use the time honoured tactic of royal families everywhere and have a discreet conversation outside of public view and with no note takers in sight.

“If the prince wants to comment on the design of this, or any other, project, we urge him to do so through the established planning consultation process. Rather than use his privileged position to intervene in one of the most significant residential projects likely to be built in London in the next five years, he should engage in an open and transparent debate,” the letter notes.

Charles has form for using or abusing his position as a member of the British royal family to seek to undermine democratic planning processes. As Rowan Moore noted in the Evening Standard on 21 April, “In 2004, writing to the then chairman of English Heritage, [Charles] argued for the listing of endangered market buildings at Smithfield. ‘I recognise I am an ignorant amateur in these weighty bureaucratic matters,’ he wrote with faux humility, knowing full well that recipients of his crested stationery tend to jump to attention.”

Now what is it that the monarchists say about the British Royal Family? That’s right, it is a wonderful thing because it stays out of politics and is decidedly above and beyond the machinations that go with that game. Charles is making a liar of them. 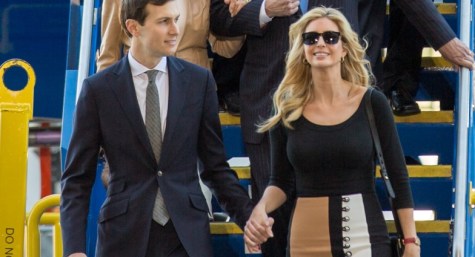 Keeping up with the Kushners. Again.