The sound bites may have shifted, but the policy around interception of asylum seekers in Indonesia never changed.

Australia provides $18 million a year directly to the Indonesian government to improve “migration management and border security in Indonesia”. Crikey can also reveal that two detention centres in Indonesia that have recently been refurbished were funded in part by the Australian government.

For years the debate around boat people has centred on the leaky vessels that limp towards our shores. These days the discussion is slightly more sophisticated, the Opposition is careful to attack people smugglers rather than actual asylum seekers, and the Rudd Government has placed more emphasis on our relationship with Indonesia. But while the sound bites may have shifted, the policy around interception of asylum seekers in Indonesia, and the millions of dollars that have been poured into the scheme, has continued without scrutiny.

According to a Department of Immigration and Citizenship spokesperson, “For many years Australia has supported Indonesia’s efforts to prevent people smuggling, by funding the IOM to care for intercepted people and by funding the Office of the United Nations High Commissioner for Refugees to consider potential protection claims.”

Savriti Taylor, a senior lecturer in the School of Law at LaTrobe University who is currently researching Australia’s Border Control Cooperation with Indonesia and PNG, writes in Australian Policy Online that Australia made payments totalling $27.9 million to the International Organisation for Migration (IOM) to cover the costs of its role in the Regional Cooperation Model over the period July 2000 to 31 January 2008.

Taylor writes, “UNHCR too is being funded by Australia to improve protection capacity in Indonesia. For example, UNHCR received $702,000 in the last financial year for such purposes as speeding up refugee status determination in Indonesia through the deployment of additional protection officers.”

But this is in addition to funding paid directly to the Indonesian government.

A Department of Immigration and Citizenship spokesperson confirmed to Crikey, “Australia provides significant funding (about $18 million a year) for technical and training assistance to improve migration management and border security in Indonesia, including through forensic document examination training and initiatives to detect people who seek to travel on fake or altered passports.”

The spokesperson continued: “Australia works closely with Indonesia to combat irregular migration in the region, including people smuggling and trafficking, including technical and training assistance to help develop Indonesia’s capacity to detect and prevent irregular migration and information sharing and operational support which has led to the recent disruption of risky maritime ventures to Australia.”

For all the lip service the politicians (and the media for that matter) have paid to the leaky vessels that drifted into our line of sight, no one, save for a few ignored voices, has examined the situation in Indonesia in detail. This is partly because up until now, the process has been shrouded in some secrecy.

There is a serious and concerning lack of transparency about what is going on and it’s very hard to get a full picture to know what’s going on.

They’re intercepting people in airport lounges and other locations in South East Asian transit countries like Indonesia and Malaysia, but these countries have poor human rights records, and make no bones about the fact that they expel refugees, they are not signatories to the refugee convention, they have no practice of protection, and they expel refugees to situations where they could be persecuted…

They don’t take the steps necessary to examine whether that person needs protection. Australia is putting huge resources into intercepting asylum seekers, both in airport lounges and in other parts of those countries.

All these sorts of co-operation agreements are centred around interception — and there’s a serious lack of transparency. There’s a disproportionate emphasis on protection of our extraterritorial borders to the serious expense of protection of people.

Damien Kingsbury also wrote in Crikey: “Under the Howard government’s increased focus on asylum seekers, Australia federal agents worked with Indonesian counterparts to identify and stop people smugglers. Given the risks involved, this work was shrouded in secrecy, but it is believed that there were occasions when Australian agents acted directly.”

According to the DIAC spokesperson, “In 2007 the department funded the International Organization for Migration (IOM) to deliver a $7.7 million project which will improve the management and care of irregular migrants in Indonesia. This includes the refurbishment of two Indonesian detention facilities at Tanjung Pinang and Jakarta, and training for Indonesian officials, consistent with international standards.”

“The project has recently been completed and the refurbishment of Tanjung Pinang detention centre is complete and we expect the Indonesian Government will open the centre shortly. DIAC understands that the minor refurbishments of the detention centre at Kalederis, including providing basic medical equipment and improving recreation areas, are also complete.”

We understand the Indonesian Government allows people in immigration detention to apply to the UNHCR to have any protection claims assessed. Those who are found to have protection needs are referred to third countries for resettlement.”

But Pamela Curr, campaign co-ordinator from the Asylum Seeker Resource Centre told Crikey, “The current solution increasingly at the moment is to round up all the men, anyone who looks likely to get on a boat, and separate them from their wives and children and put them in detention in centres all over Indonesia-Macassar, Jakarta and Pantiank.”

“The problem in Indonesia is that these people are not allowed to work, the children have no access to education — there is no future. There are Iraqi and Afghan teenagers in Indonesia who have missed 8-10 years of schooling,” says Curr.

As Andrew Bartlett writes in his blog today:

It is sensible to provide assessment, support and resettlement options for refugees and asylum seekers in Indonesia so they do not feel the need to take dangerous boat voyages to Australia, and it makes sense for Australia to fund this.

But this will only work if realistic opportunities for resettlement are provided. If Australia still refuses to take any, or only small numbers, of people found to be refugees in Indonesia, then all we are doing is paying money to warehouse refugees somewhere else.

This just becomes an endless drain on Australian resources, while doing nothing either for the refugees or for our own economy, as we do not gain the benefits of their labour and consumption which would occur if we just accepted and resettled them in the first place. 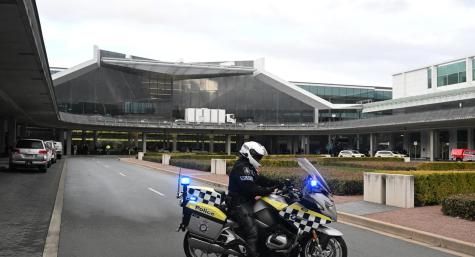 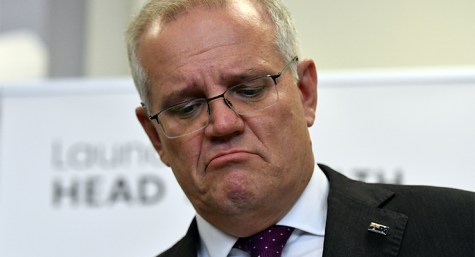 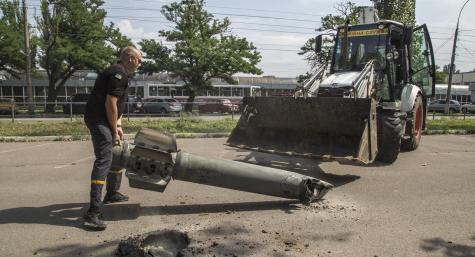