Major ad agencies may miss out on Government work

From 31 March, any advertising agency not on the Communications Multi-User List list will not be eligible to pitch for campaigns worth more than $250,000, writes Tim Burrowes.

With just a month to go until the Rudd Government restricts its major public information campaigns to a central list of approved suppliers, some of Australia’s largest agencies have failed to get onto the list, Mumbrella reveals.

From March 31, anyone who is not on the Communications Multi-User List list will not be eligible to pitch for campaigns worth more than $250,000.

Linday Tanner, the Minister for Finance and Deregulation, said: “Any supplier whether large or small, which can demonstrate the necessary experience or capacity to undertake work relating to Australian Government advertising and information campaigns, can apply for inclusion.”

So far 26 ad agencies, 11 research agencies, seven PR agencies and two cultural comms agencies have made it onto the list.

But many major players are missing. Among those who do not appear on the advertising list are BMF, DDB, Clemenger BBDO, Cummins Nitro, Euro RSCG, JWT, McCann Erickson, M&C Saatchi and Saatchi & Saatchi.

The PR list is even more barren. None of Australia’s largest PR agencies have yet been approved. The seven on the list include comms strategy agency Naked and ad agencies 303 and OnePartners.

Agencies that have not yet begun the approval process for joining the list are almost certain to miss out on imminent campaigns, as applications are assessed over a two-and-a-half month period. A spokesman for Lindsay Tanner was unable to say whether there were more agencies that have already begun but not yet completed the application process. 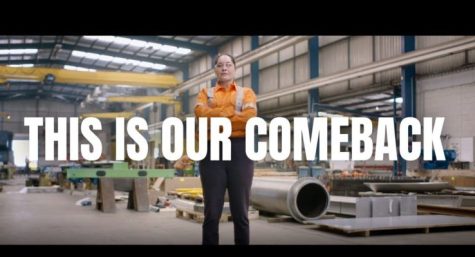 Come in spinner: how independent is the government’s check on political advertising?