When I attended Knox Grammar school half a century ago, assaults on children were almost a daily occurrence, writes Richard Neville. 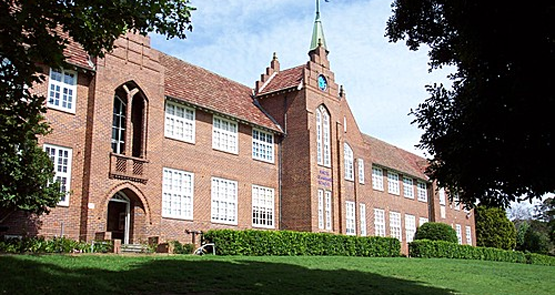 *This article was originally published on February 25, 2009.

Three teachers from Sydney’s Knox Grammar school have been arrested by police on charges of indecently assaulting children. The acts allegedly occurred in 1979, 1984 and 1987, which suggests the victims have brooded over the assault for decades.

Some students from Knox came to the court after learning of the arrests and said they were shocked. One boy blurted out that “the school has a proud tradition, and this is very disturbing”, which is true. When I attended the school half a century ago, assaults on children were almost a daily occurrence. A current charge relates to a teacher “repeatedly stroking a boy’s penis with his hands”, while in my day, the teachers repeatedly stroked our bare bottoms with canes.

Afterwards they said, “Let this be a lesson to you”.

Such assaults were vicious and had been going on since 1924, when Knox was founded by the Presbyterian Church (now the Uniting Church). It is why the school’s official colours are black and blue. Even today, a journal of Knox rugby supporters is proudly entitled Black&Blue.

Even the school song emphasises the hands-on physicality of a Knox education: “Do not think that we’ll forget, the lessons that we treasure yet”. It seems the students who filed the latest complaints have not forgotten their lessons.

It was at prep school in the 1950s where some of the teachers unleashed their inner sadists. I saw boarders as young as seven caned for minuscule infringements as soon as they stepped out of the shower, watched by trembling infants. An older boy was flogged until his backside bled, which elicited a rare complaint from the steely matron to the icy house-master, himself a dab hand with the lash. The victim’s crime? Caught red-handed at the back of the bicycle shed stroking his penis. Keep in mind that the school motto, Virile Agitur, means “doing the manly thing”.

In 1953, Knox acquired a new headmaster from Scotland, John Couper, who wanted to focus on music and art, and always carried a souvenir of his homeland, a tawse, a thick leather strap used for the purpose of teaching Latin. Despite this, he was at heart a dreamy poet, and was sacked by the governors in 1956. Most of the teachers went on strike in his support and were sacked. Knox became known as the school without a head. It never had much of a heart, and by now it hardly had any teachers, though school fees were not reduced. Our class pretty much put itself through the final year without being distracted by teachers or corporal punishment.

It was long after my day that some of the Knox staff seemed to have initiated a cultural shift from spanking to wanking. Perhaps they were trying to keep up with the times. In one of the recent assaults on a student body, a teacher allegedly recorded it on a digital camera.

As today’s revelations of alleged Knox goings-on may unleash a witch hunt against gay teachers, I should mention that in my era of “beat ’em black & blue”, the most compassionate teachers were closet homosexuals, who rarely resorted to violence. Back then, the “stroking of penis” activities usually took place between the boys, often in the back of the classroom, and did not require a teacher’s helping hand.

As I write, sexual assault complaints from former students at Knox continue to roll in and the school has offered counselling to former pupils. This will be interesting. Ian Paterson, headmaster of the school during the 1980s, said he would not comment on the recently aired allegations, except to express his disbelief that such a thing could have occurred.

“I hadn’t a clue what was going on,” Paterson said, but headmasters rarely do. So let this be a lesson to you, sir. 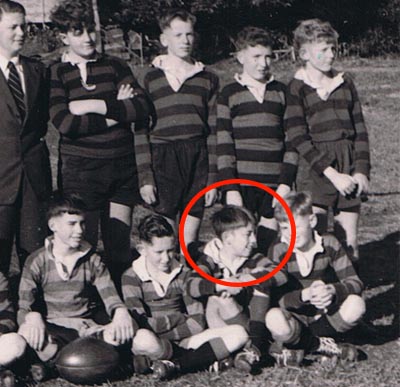 Richard Neville and the Under-13 Bs

Cathy – as someone who went to an elite private school more recently than Richard, I couldn’t agree with you more – re “I’m certain you’ll find these so-called elite schools are environments for closet activities simply because the snobby parents and the schools agree to cover up their joint involvement in scandals tarnishing reputations that don’t exist.”

When I attended it would be Spartan law with alleged sexual contact. If you were caught, the teacher would suddenly disappear and no police would be contacted. If you weren’t, the school was … excuse the pun …. your playground.

Another example of elite private schools colluding to protect their reputations and leaving their former students to fend for themselves. As a high earning family we send both our children to a govt secondary school where they are receiving an excellent education in a safe and accountable environment. They both love school and are performing academically and are resilient and confident. I love listening to middle class parents trying to explain their choice to pay $20k pa fees and the reasons why the govt system could not be suitable for their child. The parental guilt they display is perfectly exploited by the private school sector and its marketing managers.

Greg – as a private school student sent off to Fort Street Girls High I can see the benefits of the two curricula. The facilities in private schools are superb and well-resourced – they’re elite and they do provide an alternative for those needing to board. Which is why these institutions should be squeaky clean and why its disappointing to know that some parents of Knox day students prefer to take the compensation and run. How vulnerable are boarders when parents of day school students coerce with the school to suppress bullying and physical assault. In the public system the government wears the flack – in the private system Knox prefers to keep its reputation and millions of dollars in school fees.

Pdev please don’t trust that your children are safe from abuse just because you choose not send them to an “elite private school”. Dermot makes some good points on how to better protect your kids.

Tara asks “Why must such a debate resort to insults?” But frankly the cheap shot that Tara wrote in the line preceding this plaintive cry is extraordinarily insulting and distasteful. It is both defamatory and stupidity in the extreme to imply that other teachers are pedophiles merely because they are employed at the same school as another who is alleged to be a pedophile.

Damien says “The Knox administration deserves more than embarrassment from its atrocious management of these allegations – via an irresponsible internal investigation” but does Damian know enough to support these accusations, or do the facts simply not matter when there are points to be scored?

It is distressing to see such an important issue turn into a petty debate about private v public schooling.

We should stop being judge and jury on these matters before the evidence has even been examined by the Court.

It is what we would expect for ourselves if accusations were made against us.

If you want to inform yourself then read the article cited below. We know nothing about the character of those who are making these allegations, and therefore we are not in a position to say whether the allegations are genuine or false, or whether in fact they are actaully malicious.

Cathy – your elitism comments are way off the mark – the era in which Richard and I went to so called “elite” schools was one of necessity. In my case 95% of boarders were boys from the bush and the rest of us had parents living in wilder parts of the world with no education facilities.
The problem which has arisen through a number of Catholic schools could hardly be described as elitist establishments – or is that an elitist comment?