I guess keeping up to date on the bushfires exhausted the poor guys at NineMSN. Sunday night’s poll was “Is it time for Brendan Nelson to step down as leader?” Comfortingly 33,756 said yes. The no vote was 13,539 thinking he’s doing a good job. It was not just the Crikey auction which got shut […]

I guess keeping up to date on the bushfires exhausted the poor guys at NineMSN. Sunday night’s poll was “Is it time for Brendan Nelson to step down as leader?” Comfortingly 33,756 said yes. The no vote was 13,539 thinking he’s doing a good job.

It was not just the Crikey auction which got shut down on eBay. I know of at least one other example: Peregrine Adventures were auctioning some trips to Antarctica and the Galapagos to raise money for the Red Cross, which got shut down too. Apparently they hadn’t displayed any proof that this was authorised by the Red Cross. It was authorised, but they hadn’t uploaded the letter to eBay. Someone at eBay shut the auctions down with no notice, and all the bids were lost. They were up over $15,000 at the time it was shut down. What sort of idiot does that? Surely a phone call to check the legitimacy of the auction is better than shutting it down.

Sackwatch. AMCOR retrenched 60 “middle managers” on Wednesday without warning or explanation to those left wondering if this is just the start. There didn’t seem to be any pattern with some managers being replaced by a new one the next day.

The LNP in Queensland has selected most of its candidates, however many of the preselections run in 2008 may not be legitimate and may need to be reheld as they are open to contention. When first established the party did not set up its membership data base correctly (ie instead of verifying and testing the integrity of the data entered into the new database just plugged everything in and hoped for the best) meaning up to 30%* of members eligible to vote in preselections were not informed of the meetings or given information about the wrong preselection.

So far the party has done nothing to fix the situation and it also affects meetings held to elect party office bearers. Given that some preselections were close, having up to 30% more members attend may affect who is chosen to run for the party. It seems like the party is too consumed with winning government to do things properly — as per their constitution which they only just put in place — and one wonders if they will be just as negligent if they actually win office. *This is a conservative estimate based on information received from four electorates.

Graeme Hunt Pres Uranium is now going from the BHP Billiton leadership team, the last of the senior team that served prior to Paul Anderson coming on board. The 52-year-old former head of Iron ore and aluminium leaves next month as a consequence of the slow down in the Olympic Dam expansion. Another Aussie gone from the top of the “Big Australian”.

I attended a Bushfire Relief Fundraiser at the Royal Society for the Arts in London last night. I was standing next to Therese Rein and Kathy Lette who were enjoying a few drinks with the Australian High Commissioner. Eddie Jones was also there to auction off sporting memorabilia. 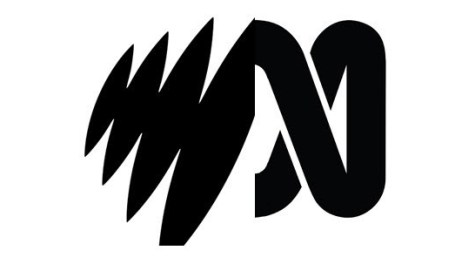