Richard Alston is to contest the position of chair of the Liberal Party's Kooyong electorate conference at a meeting tomorrow evening, writes Charles Richardson.

A very interesting article in yesterday’s Age revealed that Richard Alston, former minister in the Howard government and more recently Australian ambassador (“high commissioner”) in London, is to contest the position of chair of the Liberal Party’s Kooyong electorate conference at a meeting tomorrow evening.

A step downward, one might think, but this is no ordinary time in Kooyong. A hotly-contested preselection will be held later this year to replace retiring member Petro Georgiou. Following last year’s constitutional overhaul, it will be one of the first — possibly the first — held under the new system, in which every party member in the electorate is entitled to turn up and vote for preselection.

And Kooyong is no ordinary electorate: held by Robert Menzies and Andrew Peacock prior to Georgiou, it is one of the party’s most prestigious seats. The local members — and there are a lot of them — will be looking for more than just your average seat-warmer.

Alston started his career on the left of the Liberal Party, being elected state president way back in 1979. During the Howard years, however, he came to line up with the Kroger-Costello group in the Victorian division, and both he and they are backing Josh Frydenberg, investment banker and former staffer to Alexander Downer, for the coming preselection.

Frydenberg’s natural affiliation is with the party’s national right — with Howard, Downer, Nick Minchin and Santo Santoro — but that group has never had much of a following in Victoria. Three years ago, when Frydenberg challenged Georgiou, the Kroger-Costello group supported Georgiou, despite the long-running enmity between them. Better him, they thought, than another Howard supporter.

But a lot has changed in three years. Howard is gone, Costello is (presumably) going, and the Kroger-Costello group, if indeed we can still call it that, is desperately searching for an ideological anchor.

Their opponents, the Baillieu group, seem to have the left of the party sewn up, so the Krogerites are naturally veering to the right. Frydenberg is a noteworthy symptom.

We therefore face the delicious irony of the ex-Costello supporters in Victoria becoming the custodians of the Howard legacy. For make no mistake, Frydenberg — who was still touting a Howard victory in September 2007 — is a Howard man through and through. Immediately after the 2007 election he called on the party to “adher[e] to the philosophical foundations that dominated the Howard era”.

For the Liberals to preselect Frydenberg would be an open repudiation of Ted Baillieu, whose adherents have hitherto dominated the electorate.

That could herald some destabilisation before the next state election, but there’s plenty of room for argument about how important that would be.

Much more to the point, it would be a repudiation of policy sanity, and for the Liberal Party that represents the road to oblivion.

Battle finally on in Kooyong 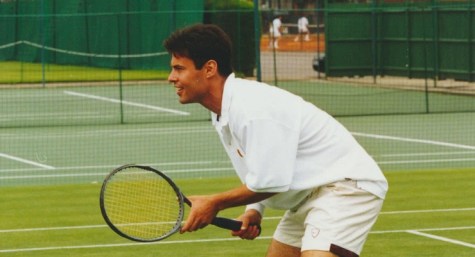 Willing to be lucky: tonight is a big step in Josh Frydenberg’s march to the lodge

What’s ahead for Goldstein?

My impression is that Josh Frydenberg is quite a lot more intelligent than the Costello acolytes that got into the Federal parliament on Costello’s coattails. That, together with having worked in the business world, is an important start now that the Liberal Party is beginnning to look to careerists from MPs’ staffs, think tanks, party HQ etc. as the ALP has long done. Next time Charles, what about explaining the policy implications of Frydenberg being a Howard man rather than a Costello supporter. Both Howard and Costello are more conservative than, say, Turnbull. Where does Frydenberg stand on what? Maybe he had the same reservations about Costello as Howard, and indeed his colleagues in the parliamentary party obviously had. Despite his heavy push for Kooyong last time, Frydenberg may not like Costello’s perceived sense of entitlement that has not helped his cause. Or maybe Frydenberg has it too so recognised that not-quite-fatal-one-has-to-hope flaw in Costello? What’s your take on all that Charles?