The NT Health Minister is under intense pressure following the tabling of a damning report by the NT Health Services Commissioner on the s-xual assault of a five-month old Aboriginal girl in the paediatric ward of Royal Darwin Hospital in 2006, writes Bernard Keane.

The NT Health Minister is under intense pressure following the tabling of a damning report by the NT Health Services Commissioner on the s-xual assault of a five-month old Aboriginal girl in the paediatric ward of Royal Darwin Hospital in 2006.

The report (Vol 1 available here) reveals a staggering lack of basic security in the hospital and an apparent lack of interest in both handling the assault and addressing the security problems on the ward.

In March 2006, the girl, who had a heart defect, was admitted to Royal Darwin Hospital and placed in a room with an eight year old Aboriginal boy. At around 10.40pm on 30 March, the girl’s mother drew the attention of staff to blood loss and genital tearing, the result of a s-xual assault that had taken place sometime in the previous two hours. Staff at the nearby ward nursing station were not able to see into the room.

The assault was a direct result of a near-complete lack of security in the hospital. Worse, however, was the hospital’s response.

The Health Services Commissioner found that the hospital had undertaken a security assessment in 2002 but not bothered to include the paediatric ward in the consultant’s terms of reference. Moreover, the consultant’s recommendations for the hospital had not been implemented in the ward when the assault occurred, a failure the Commissioner described as “shameful”. Remarkably, security cameras had been installed in the hospital’s kitchens to prevent food theft, but not in the ward. In fact, as the NT News reports today, the hospital did not install cameras on the ward until August this year — after it had received a draft copy of the Commissioner’s report.

The hospital’s handling of the assault and its aftermath also comes in for strong criticism in the report. Police were not notified for two hours after the assault was discovered — partly, apparently, due to staff not being sure of the correct procedure for doing so. The hospital’s maternal and child health clinical risk management committee did not consider the incident until ten weeks later, and the incident wasn’t reported or even mentioned by the hospital general manager to the management board.

Amazingly, in 2007, the same consultant that had assessed security in 2002 was re-engaged to assess hospital security — and not told of the assault or asked to assess security in the paediatric ward.

During their investigation, Commission staff were able to wander around the ward without any questioning by staff. Moreover, the hospital failed to provide documents to the commission.

The report makes 20 recommendations about improved security, internal management processes, security assessment processes and governance. It was tabled yesterday in the NT Parliament and the CLP Opposition moved to censure Health Minister Chris Burns. The report follows other inquiries into deaths in NT hospitals and the reduction of the NT Health budget by $30m last year. A fortnight ago, the NT News reported the resignation letter of Royal Darwin Hospital’s Maternity Services Manager, who claimed “birthing services are not safe for women and their babies due to gross understaffing and inadequate skills mix”.

Burns has now promised $1m to implement the report’s recommendations and installed a new Deputy CEO in his department to fix Darwin Hospital.

One wonders what the reaction would have been if a non-indigenous infant was raped. 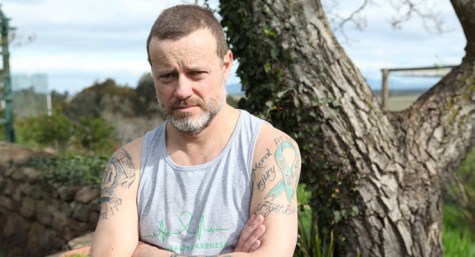 If this had occurred in a Sydney, Melbourne or Canberra facilitiy it would be oh… such a different story. A woman miscarries in Sydney’s Royal North Shore’s hospital toilet and there’s an instant inquiry. Eighty-seven people die in Queensland’s Bundaberg Hospital and we’re still wanting to know why. Life outside the nation’s perceived real capitals is little more than a third world backwater. The culture, language, lifestyle and social standards are so vastly deprived you’d swear the clock stopped around WW1. Less scrutiny and entrenched apathy has let parties and certain governments off the hook on responsibility. If all Australians are really entitled to the fair go our pollies so fervently say we deserve then why not launch another one of those ‘watch’ programs so we can name and shame the underperforming states and their governments. As a nation we should know where we can score a safer, healthier and superior lifestyle along with information on why and why not. A website called State Watch would allow us to evaluate how and where our nation performs best. Or is that too much transparency for Mr Rudd and Mr Turnbull?

WHAT A CRYING, BLOODY SHAME. That’s all I can say.

I used to live in Darwin once, and the hospital was easily, among the best in our country.
Shame on the authorities responsible for providing this opportunity to some rat-bag monster.

I had some remarks about this story but then I read Chris Johnson’s comment and the stupidity and metropolitan elitism of it made me forget what I was going to say.

Dig deeper. there’s so much more to find. You wouldn’t believe what happened to me in that place.

It is more than clear that elected reps have their spine removed while being sworn in. None of our taxes are spent unless a politicians seat is in danger of being lost at the next election. Both sides of parliament are happy to sit on their hands while this poor government continues term after term!