Melbourne City Council — its part in my disillusionment

The richest man wins the whole box and dice -- so long as he has ALP approval to play in his own sand pit and does not frighten the horses in Spring Street, writes Terry Maher.

I felt nothing but incandescent rage when I opened my letter box on Monday to find my Melbourne City Council ballot papers. I can not yet bring myself to open the package because I fear the worst. Another exercise in taxation without representation: another false dawn for Marvelous Melbourne. Another slap in the face.

I have no idea how I came this weary way. I’m Sydney born and proud of it. The fact that I have spent most of my past 40 years in the City of Melbourne is just an accident of history. Sure, I use to be editor of The Melbourne Times, but that was just a job.

The first Melbourne City Council election I remember covering was when Ronnie “Big Red” Walker (he’s now chairman of Fairfax Media) got up as Lord Mayor in 1974. And where am I now — 34 years later — as a burgess of the City of Melbourne? I’m absolutely stuffed that’s where I am. Three times my elected Lord Mayors have been squirrel-gripped by State Governments — twice by Liberal administrations and once by Labor. The last one was terminal.

In 1981, then Liberal Premier Lindsay Thompson decided it would be a good idea to sack the Melbourne City Council because it had an old ALP time server/duffer/milkman called Bill Woodruff in place as LM.

I don’t know if Bill — a nice enough sort of bloke — was the first Labor man to wear the ermine and chains of high office — but there were not too many of them in the first 150 years of non power sharing between left and right, till gentrified residents of the inner suburbs became a force to reckon with. Normally, the property vote in the CBD outnumbered the residents: 2-1.

Still, Thompson got rid of him and put in a Commissioner called Peter Thorley.

Elected councilors regained control in 1982 when the ALP’s John Cain II came to power. What followed next was a 10-year interregnum of mainly Labor Party administrations till Jeff Kennett came to power in 1992. In 1993 he sacked the affable Alan Watson from Jimmy Watson’s in Lygon Street because he was trying to shrink half the Victorian local councils through amalgamations.

Kevan Gosper took his place as Commissioner and lasted three years. He was replaced (shock/horror) by a democratically-elected council that subsequently elected Ivan Deveson as Lord Mayor in 1996.

In 1999, the Irish (“we built this city”) finally got a sip of the sauce bottle when my journalist colleague Peter Costigan was elected Lord Mayor – while everyone-else was out having a pee. His term expired in 2001 and he subsequently died. Tragic.

Steve Bracks — the present Unofficial Mayor of Dili in East Timor and former Labor Premier of Victoria — has been running the Melbourne City Council ever since.

Bracks decided in 2001 to garrote democracy in the City of Melbourne by taking away its representative wards, its planning powers and the power of the City councillors to elect the Lord Mayor (he is from Ballarat).

Under the Bracks’ system, the richest man wins the whole box and dice — so long as he has ALP approval to play in his own sand pit and does not frighten the horses in Spring Street. John So has been that patsy for the past seven years.

Enter Peter McMullin: the poor little rich boy who wants to be Lord Mayor of the City if Melbourne.

The filthy rich McMullin (grandson of Ian McMullin — founder of the ASX-listed Spotless cleaning, catering and facilities management group) has more conflicts of interest that a starting-price bookmaker.

Although he has always been on the left side of politics (starting out as a Maoist opposed to the formation of AUS at Melbourne University in 1978) McMullin has spent the last 12 years jumping from electorate to electorate like a cane toad on a journey across Baz Luhrmann’s Australia.

He was elected to Hoddle ward on the Melbourne Council in 1996 and rose to be deputy Lord Mayor because of his ALP connections and immense wealth.

He was elected to Geelong Council in 2004 and spent one term as Mayor. He’s still there but tells me he lives in Melbourne these days.

He won’t get anything from me. 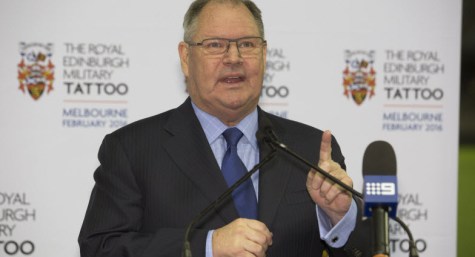 Much better council coverage than anywhere else 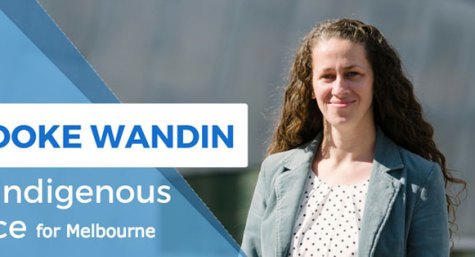 How could former premier Bracks and former Lord Mayor So endorse a Geelong councillor, who failed to declare a loan from a developer, as the best person for the job of Melbourne’s Lord Mayor ? How come he’s even eligible to stand after that? And how about independent candidate but ALP member Fowles being forced to give ALP’s McMullin his preferences rather than the Greens candidate, Bandt? If McMullin’s the Vice president of VECCHI and his running mate a director of IPA, what’s he doing in the ALP? This unsavoury opportunism is a symptom of the underlying problem: the boundary, franchise and electoral arrangements for the City of Melbourne are scandalous. The gerrymander has bipartisan support: it is designed to lock citizens out of decision-making and to enable those who fund the major parties a free hand in the CBD. Is it any wonder our urban planning and services (housing, energy, transport and water) are a shambles? Do we have any recourse or is the Victorian Constitution not worth the paper it’s written on?