Liberals have this hang up about voluntary student unionism. The your ones especially so, writes Bernard Keane.

Subtle as a bottle of cheap bubbly, these Liberal students.

We all know Liberals have this hang up about voluntary student unionism. Well, less a hang-up than a full-bore froth-mouthed, foam-flecked obsession, one that is a complete mystery to everyone else, and even the Nationals. Yesterday when Kate Ellis rose in Question Time to discuss the Government’s proposed campus service fee, Opposition MPs — normally content to gaze placidly at the Government’s most attractive Minister as she reads out her answer — started yelling and screaming.

Anyway, we all have our idiosyncrasies.

The Liberal Students’ Federation has commenced a campaign to lobby independent senators about the service fee. The Kindergarten Konservatives’ Alexander Butterworth (you can offer to Friend Alex on Facebook) has written to members thus:

As you will be aware, the Rudd government are attempting to re-introduce compulsory student unionism by stealth.

The federal president of the Liberal Students, Byron Hodkinson, will be meeting with senators Fielding, Xenophon and Joyce.

Random emails and letters need to look like they have come from disinterested and apolitical students. If we start sending Fielding abortion emails something will click.

The angle which they will be most receptive to is the student debt/unfairness of this new tax on students.

Thats the kind of line that plays in middle Australia and with Herald Sun/Daily Telegraph leaders. Xenaphon and Fielding will be looking for the populist line on this, we just need to convince them that “average, struggling students” cant afford to pay this new tax.

Could all members please email Xenaphon (Senator.Xenaphon@aph.gov.au), Fielding (Senator.Fielding@aph.gov.au), and Joyce (Senator.Joyce@aph.gov.au) and use the approach described above.

Here’s a tip for Young Libs: you’ll do your cause the world of good if you actually manage to spell Nick Xenophon’s name right. For starters, it will help ensure your emails actually reach him.

And according to the Federation website, Butterworth “sees the ALSF as the Liberal-Conservative front line in the culture wars”, which obviously extends to a war on apostrophes. They’re used a lot in French, you know, and that’s language of deconstructionists and relativists.

It’s also good to know Liberal Students don’t consider themselves to be “average, struggling students”. We wouldn’t expect any less.

Then again it’s not much more juvenile than what presumably goes on between staff in the offices of senior ministers in the Government’s version of the popular Buzzword Bingo game. There were even more “decisives” yesterday from the Government, with extra points for Lindsay Tanner — normally a non-player — using it twice, but the main offender as always was King Kevin of the Keywords, who produced this Triple Word Score in Question Time:

Someone in the PMO is picking these words and sending them around to make sure they’re loaded in Question Time Briefs, press releases and talking points for press conferences. Such an email was presumably sent out on 12 October, the day when Ministers’ use of the word tripled or quadrupled overnight — or, in Julia Gillard’s case, went from being completely absent from her vocabulary to dominating it, until the ABC Learning collapse shifted her back to “working families”.

Think something so cynical couldn’t work? Look at Newspoll. 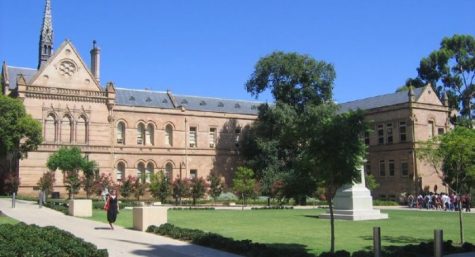 Do young conservatives have a ‘woman problem’?

Libs-Nats merger talk: as ever it’s all about the Labor Party

I don’t think there is any mystery behind the objection that some people have with university students being forced to fund university based political groups such as the radical Socialist Alternative.

The Liberal Students Federation might do well to ponder that while Senator Xenophon is an erstwhile member of their organisation (ca 1977, Uni of Adelaide), he was also a high profile of a campus student newspaper editor, a position funded by the (involuntary) contributions from the members of the Adelaide University Union. He was also an unsuccessful candidate for the presidency of the Adelaide University Students Association (the “political” or activist wing of the Union). Perhaps he may harbour some residual fondness for the monetary contributions University students should make to the cultural, social and sporting life of their institutions, and isn’t necessarily the easy mark current Liberal students may make him out to be.

God you’re a spoilsport Bernard.
I thought that pointing out the misspelling of the
good senator’s name was particularly cruel.