Hamilton: Michael Duffy and the repudiation of truth

In his Saturday column in the Sydney Morning Herald, Michael Duffy launched an outrageous attack on IPCC chairman Rajendra Pachauri accusing him of wilfully misleading the public by ignoring evidence that average global temperatures have plateaued in recent years. He claimed Pachauri had fudged the figures and implied that this was all the more unforgivable because at the time he was accepting an honorary degree from the University of New South Wales.

Duffy’s article recycled uncritically the latest piece of denialist clap-trap circulating on the internet and occasionally breaking in to the serious press. It follows a pattern whereby a denialist somewhere notices an apparent contradiction in the mainstream science, inserts a crowbar into the crack then tries to bring down the climate science edifice. Although the real scientists soon point out the error the clap-trap continues to circulate, confusing the public and giving the impression that scientists cannot makes up their minds.

In this case the apparent levelling out of global temperatures in the last few years is interpreted as disproving global warming. In truth such an interpretation is possible only by someone who cannot grasp the simple idea that a long-term trend is consistent with short-term fluctuations.

The alleged cooling of the earth over the last few years can be “shown” only by fiddling the figures, specifically, by measuring change using 1998 as the base year. That year experienced a huge spike in global temperatures; subsequent years reverted to the pattern of gradual warming. So the highest average temperature ever recorded, the 1998 spike, is used by denialists to claim there is no warming at all.

But the worst aspect of Duffy’s article is his reference to the authoritative UK Met Office’s Hadley Centre in support of his claim. In fact, the misuse of recent warming figures by denialists such as Duffy so irritated the Hadley Centre that in August it took the unusual step of issuing a media release categorically refuting the claim.

Bluntly titled “Anyone who thinks global warming has stopped has their head in the sand”, it explained in the simplest terms what the data really show — a long-term warming trend.

Over the last two years the La Nina event has masked the underlying trend but even so 11 of the last 13 years have been the warmest on record. And over the decade to 2007 the globe warmed by 0.09°C.

Duffy must have seen the Hadley Centre’s website and therefore knew that the interpretation he put on the figures in his Herald article was utterly wrong. Yet he made the claims anyway, at once defaming Rajendra Pachauri and misleading his readers about the Hadley Centre’s data.

Duffy often criticises post-modern social scientists for their repudiation of objective truth. Yet for him and his fellow denialists scientific truth is malleable, contingent and contestable. His anti-scientific fundamentalism has less regard for the scientific method than the most committed constructivist on any university campus.

Balance without judgement: your ABC 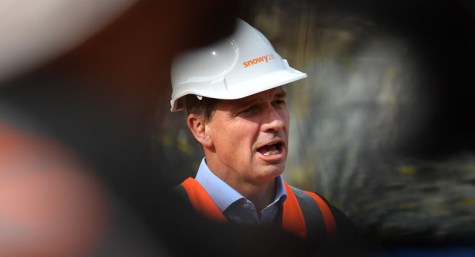 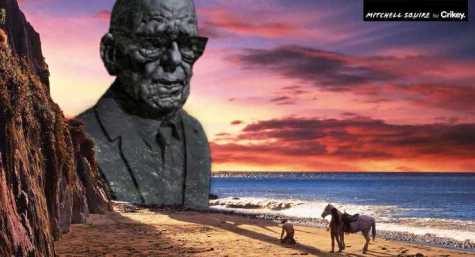 Richard “The next question should be why do they employ climate change deniers in their science faculties?”

because climate change while happening and important is not the only game in town, particularly in science and some ofthose whoquestion are exprts intheir fields. Also stifling opinon and debate is wrong.

Rajendra Pachauri said whilst showing a graph of average global temperatures for the past 28 years that: “We’re at a stage where warming is taking place at a much faster rate [than before].

Duffy says: “Now, this is completely wrong” and temperature measurements would support Duffy on that score.

A significant minority of climate scientists do not agree with the IPCC but that same evening on Lateline, Pachauri claimed that those who disagree with his own views on global warming are “flat-earthers” who deny “the overwhelming weight of scientific evidence”.

A “troll” (internet slang) is someone who posts controversial or inflammatory messages with the intention of provoking other users into an emotional response or to generally disrupt normal on-topic discussion. This definition fits Michael Duffy well.

We all know that Michael is a troll. Why do we bother to read his mischievous nonsense?

Better watch out Clive, Duffy will be calmly calling you “a zealot with a special interest” next chance he gets. Unlike his good self!

It’s not clear yet whether there is a new trend, or a fluctuation as Clive suggests. But the CC apologists routinely confuse the two. The Mann hockey stick graph, for example, shows an alarming red line shooting upwards past 2000, in what purports to be a graphic showing actual temperatures, and nowhere explains that this can only be represented as a trend.

It is still possible to maintain there is a trend upwards, but it is intellectual dishonesty to lead people to believe that actual temperatures have continued to rise after 1998.