Businesses, retirees and the government teat

You’d think businesses would be well-placed to weather a slowdown. But the first thing a lot of them do is run to the government, writes Bernard Keane.

No surprise, really, that the handout mentality that prospered in Australia during the boom years is coming on even more strongly now that things are more difficult.

The demand by cash management funds and mortgage trusts that they also get a government guarantee is one of the more shameless try-ons in an era of particularly refined rent-seeking. Why don’t we guarantee all listed companies while we’re at it? It would be heartlessness of titanic proportions to dismiss the concerns of shareholders about their investments.

At least finance industry peak body IFSA could have tried to construct a case that the bank guarantee was a significant problem for its members. But beyond the politically-motivated claims emanating from News Ltd, no one has produced any evidence of how much the flight to quality by investors is motivated by the guarantee and how much by the fact that exposure to equity and property markets is a seriously bad idea at the moment. Plenty of money has been flowing out of the sector for months.

Which also begs the question of why we should feel any sympathy for investors with their funds frozen. News Ltd has continued its now well-established practice of citing examples of wealthy individuals who have failed to get something others have got and demanding our sympathy for them. On Saturday The Australian tried to drum up sympathy for “self-funded retiree” Don Reid, who had had his AXA funds frozen and was blaming the government. Yesterday Glenn Milne introduced us to Greg Russell who invested “a large portion” of the sale of his business on mortgage funds, which were now frozen.

When so many other people in the last twelve months have bailed out of investment vehicles with exposure to the stock market and property markets, you wonder why these people had failed to do the same. Hadn’t they noticed the brewing financial crisis and stockmarket collapse?

Or did they just not like the idea of taking a lower return on a safer investment? One imagines that if these people received supernormal returns on their investments, they wouldn’t be offering the excess to the taxpayer. But they expect the taxpayer to come to their aid when they have to deal with consequences of their own financial decision-making.

One of them dismissed Wayne Swan’s suggestion that people in financial difficulties approach Centrelink — supposedly, according to Milne, the height of insensitivity — because “there’s pride involved here, as well. Self-funded retirees don’t want to be lining up at Centrelink.”

Unlike all those welfare bludgers and single mums who presumably enjoy lining up at Centrelink.

Investors with their hands out are not alone. A small business peak body on Friday wanted tax relief because small business had been “kind of been left out there” by the government. Car components manufacturers want assistance, with the backing the Coalition, because car sales have slowed. The Government has already indicated it is favourably disposed toward this form of New Protectionism.

There’s a pattern here — resentment that another sector is getting something that you’re not. And that, apparently, just isn’t fair.

After so many years of strong economic growth, you’d think Australian business was well-placed to weather a slowdown. But the first thing a lot of them are doing is running to the government.

It’s not just about ignoring moral hazard, it’s an entire mindset. Australians never like to stray too far from the skirts of government. It can be a big bad world out there. 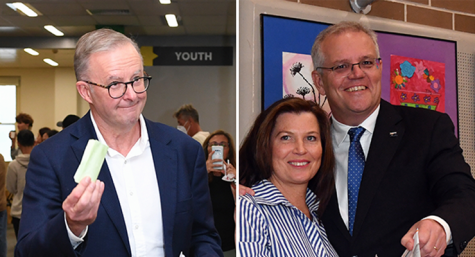 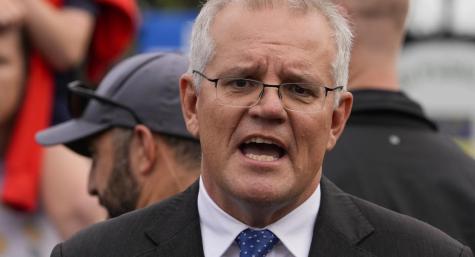 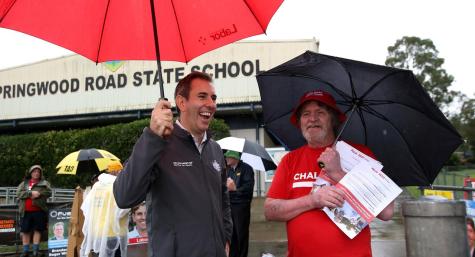 “There’s a pattern here”. there certainly is Bernard Keane. A pattern of self funded retiree bashing from you……. always a cheap shot.

The pattern you actually refer to is a predictable and natural one as any honest economist would confirm.

It is not as a consequence of market forces though. It is, as Steve pointed out, a consequences of a very poor decision of government. A decision that unfairly hammered an industry that had successfully provided competition to the banks. Their customers are, as a direct result of government ineptitude, unable now to access their monies.

Bernard. Thank you for pointing out that self funded retirees deserve no sympathy for the government’s inept policy implementation. I look forward to seeing you retire in these circumstances, happy in the knowledge you can survive on a pension after saving diligently for your retirement. I will ignore your pleas for a higher-than-poverty line pension; ignore your pleas for any kind of support as you and your ilk can plainly make do on government support.

I will then introduce stupid policies which punish you for following 20 years of supporting superannuation and chortle about your fate.

I also wish to thank you for making sure I do not put another dollar into superannuation. With support like yours, well, I know where my money is better spent.

Well said, Bernard! If you think you’ll need your capital to pay a debt to the tax office or to buy a house this year, then you should put it in a bank, either at call or in a term deposit. If you invest it in a mortgage trust, it is clearly a possibility that your capital will be frozen until the maturity of the mortgage.

I am with you Mr Keane. Excellent article!

I wrote to ABC Radio National Breakfast a couple of days after the guarantee suggesting that the media had dropped the word ‘bank’ from discussions to assist the clamour for ‘guarantee me’.
“Fran, the word BANK means that it doesn’t cover the deposit your grandmother made with you”.
If the spreading is successful it will come to that. The government has to stand up and stop the rot aimed at a good idea.

Bernard, I have no problem with your argument on mortgage trusts; however, I certainly have a problem with lumping mortgage trusts and cash management trusts together. The latter are virtual interest-bearing bank accounts and have been for more than 25 years. The better CMTs invest only in short-term bank paper with exceptional credit ratings and enjoying the government guarantee on ADIs. There is little difference between a retail CMT account and an interest-bearing bank account. Yet the latter is government guaranteed and the former is not. I do not know the investment strategy of all CMTs but those run by banks should enjoy the government guarantee.