US consumers have stopped buying cars and office staff are being cut from the GM payroll. Now signs of a slump are emerging in Europe, reports Glenn Dyer.

More cuts in the US car industry as European giants Renault, Mercedes and Fiat reveal downturns in earnings and slash forecasts, while media reports in Japan suggest Toyota Motor Company’s first half earnings will fall 50% when the company reports them early next month.

The moves are in addition to the talks between the two over a possible combination. Those talks are continuing, but the the market place is moving faster with suggestions that sales this month are even lower than in the terrible month of September when they fell 27%.

GM aims to cut 15% of its US salaried staff costs, or about 4,800 of its 32,000 white-collar workers. GM said it was was also suspending matching contributions to salaried employees’ retirement savings plans, a move that could precipitate more pain for employees facing already shrinking nest eggs.

Chrysler says it will axe about 1,825 jobs by cutting one of two shifts at a Jeep and Dodge crossover vehicle plant in Ohio, and accelerating the planned closure of a plant in Delaware, that builds sport-utility vehicles.

Results from Germany’s Daimler, South Korea’s Hyundai Motor and Fiat in Italy added to the gloom facing the industry.

In Europe, the major car cities Stuttgart and Turin are seeing problems emerge for their big brands.

Third quarter figures from Daimler and Fiat were worse than expected. The German carmaker issued its second profit warning for the year, cutting its operating profit guidance to 6 billion euros from the previous 7 billion, which in turn was a cut on the original prediction of a 7.7 billion euro profit.

Its profit before tax and interest fell by two-thirds to 648 million euros in the September quarter, well below analysts’ estimates.

Fiat posted a rise of 8% in trading profits for the third quarter of 2008, and said full year profits this year would be “at the low end” of a 3.4 billion to 3.6 billion euros. But it sees 2009 as worsening as the slump in Europe worsens. JD Power says car sales in Western Europe could drop 7.5% next year. Car registrations in Europe were off 8% in September.

Under its “worst case scenario” for next year, Fiat says there’s a chance global demand for its products could drop 10% to 20%, which could push profits next year to as low as 400 million euros.

Hyundai, South Korea’s number one car maker, is expecting emerging-market demand to fall next year. Hyundai, the world’s fifth biggest car maker, said (along with affiliate Kia Motors Corp) that third quarter profit fell 38%. Renault reported a 2.2% drop in third-quarter sales, blaming a sharp fall in European markets in the second half. It also declined to repeat existing guidance for 2009.

But attention is focused on the GM-Chrysler situation, as it could be a very expensive, but very necessary way of slashing unwanted capacity in the north American market.

Ford said yesterday that its plan to turnaround its fortunes remained in place.

Jim Farley, Ford’s marketing chief, was quoted in US media as seeing a further drop in car sales this month from September’s appalling figures when they fell 27% on the same month last year. Mr Farley said that US light-vehicle sales this month are running at an annualised rate of 11m-12m units, down from 12.5m in September and 16m in October 2007.

That’s more bad news. You can understand why Chrysler’s owner, the Cerberus private equity group, wants to exit that investment, and the 51% of GMAC it holds with GM on 49%. No wonder GMAC yesterday revealed further cuts around the world, including exiting Australia, Hawaii and other US states. It has lost well over $US4 billion on subprime lending in houses, and billions more in car leases gone bad.

It will now only lease cars in the US to people with prime credit scores (the so-called Fico scoring system) of 700 or more. 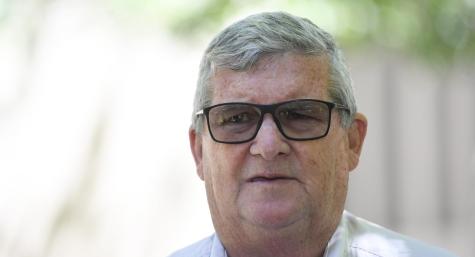